Euclid of Alexandria was a Greek mathematician who is considered the father of geometry. He lived in ~300 BC and his book Elements is one of the most influential works in geometry and mathematics. That’s why when the European Space Agency (ESA) decided to build a telescope to map the geometry of the dark universe, they named it Euclid.

Dark matter and dark energy make up most of the energy of the cosmos. Euclid will investigate three extremely dark patches of the sky by measuring shapes and redshifts of galaxies equivalent to a look-back time of 10 billion years. This way, scientists will be able to study the period over which dark energy accelerated the expansion of the universe. 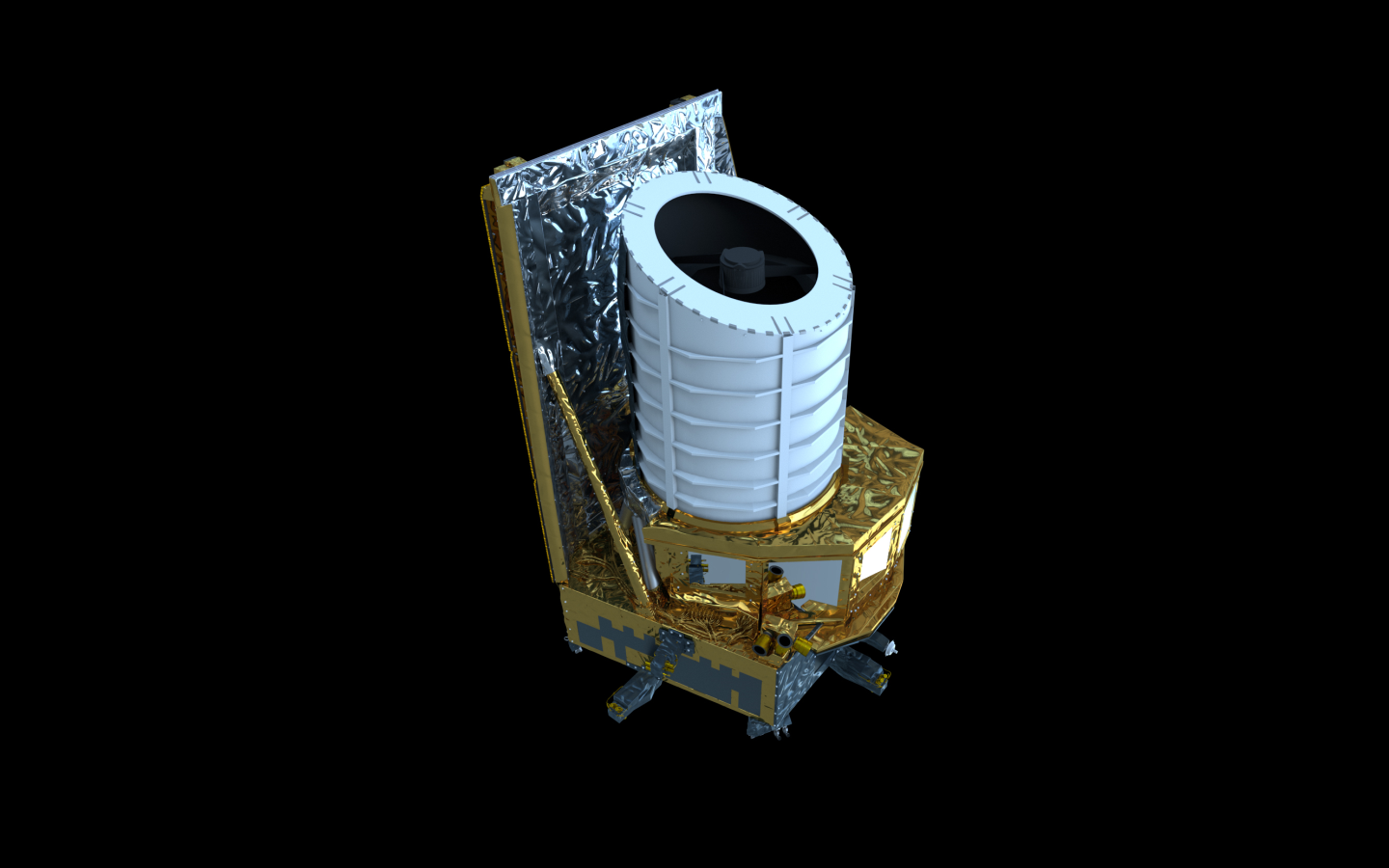 The Euclid baffle, which QinetiQ’s space team just finished, is a super lightweight structure that will shield stray light from the Euclid telescope. It weighs 58 kg including 24 thermal straps and multi-layer insulation blankets and extreme thin sections (thickness of 0.4mm over half the surface). In addition, it serves as a radiator to control the temperature of the electronics. The baffle has a diameter of 1.8 m and a height of 2.4 m. Even though it’s a lightweight structure, it can sustain up to 19 g in 3 different directions. The baffle protects the two main scientific instruments:

The baffle had to be developed under strict cleanliness levels as any dust particles could interfere with the telescope’s observations. Our team made sure everything was as neat as expected by cleaning in the dark with a UV light and small swabs, wearing full body suits. And then we had to keep everything clean during integration, transport, and testing. 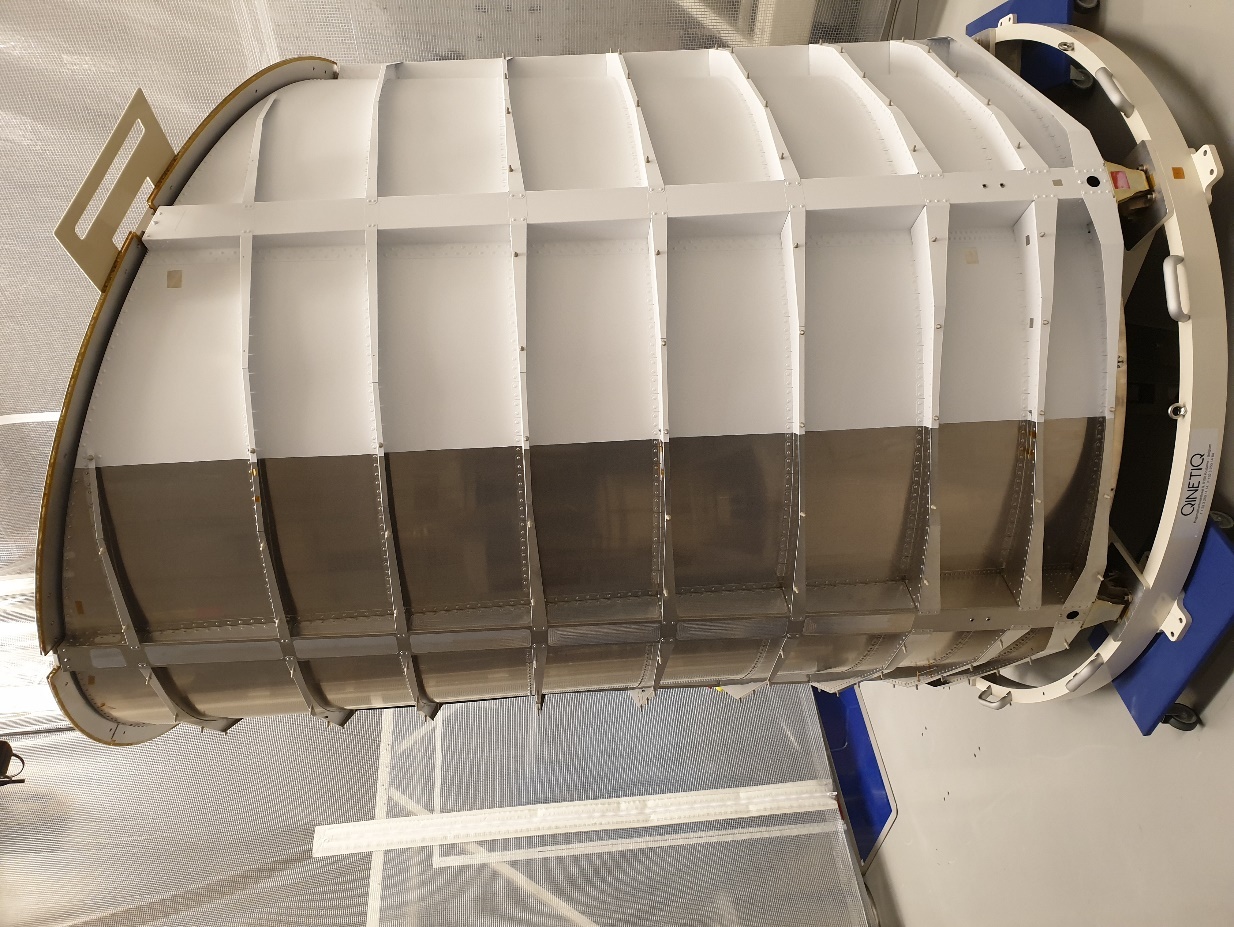 The baffle will now be integrated into the spacecraft and will be further tested as part of the payload. It is expected to be launched from French Guiana in 2022. Euclid will be orbiting the sun at the L2 Lagrangian point.

Did you know this is a special location? It’s one of the positions where a small body can maintain its position in relation to two bigger bodies (the Earth and Sun in this case) without being pulled into any of the larger object’s orbit.

QinetiQ’s space team is looking forward to seeing just what Euclid can discover from the dark side of the universe!