QinetiQ Target Systems (QTS) is proud to have reached the milestone of producing 7000 Banshee targets. 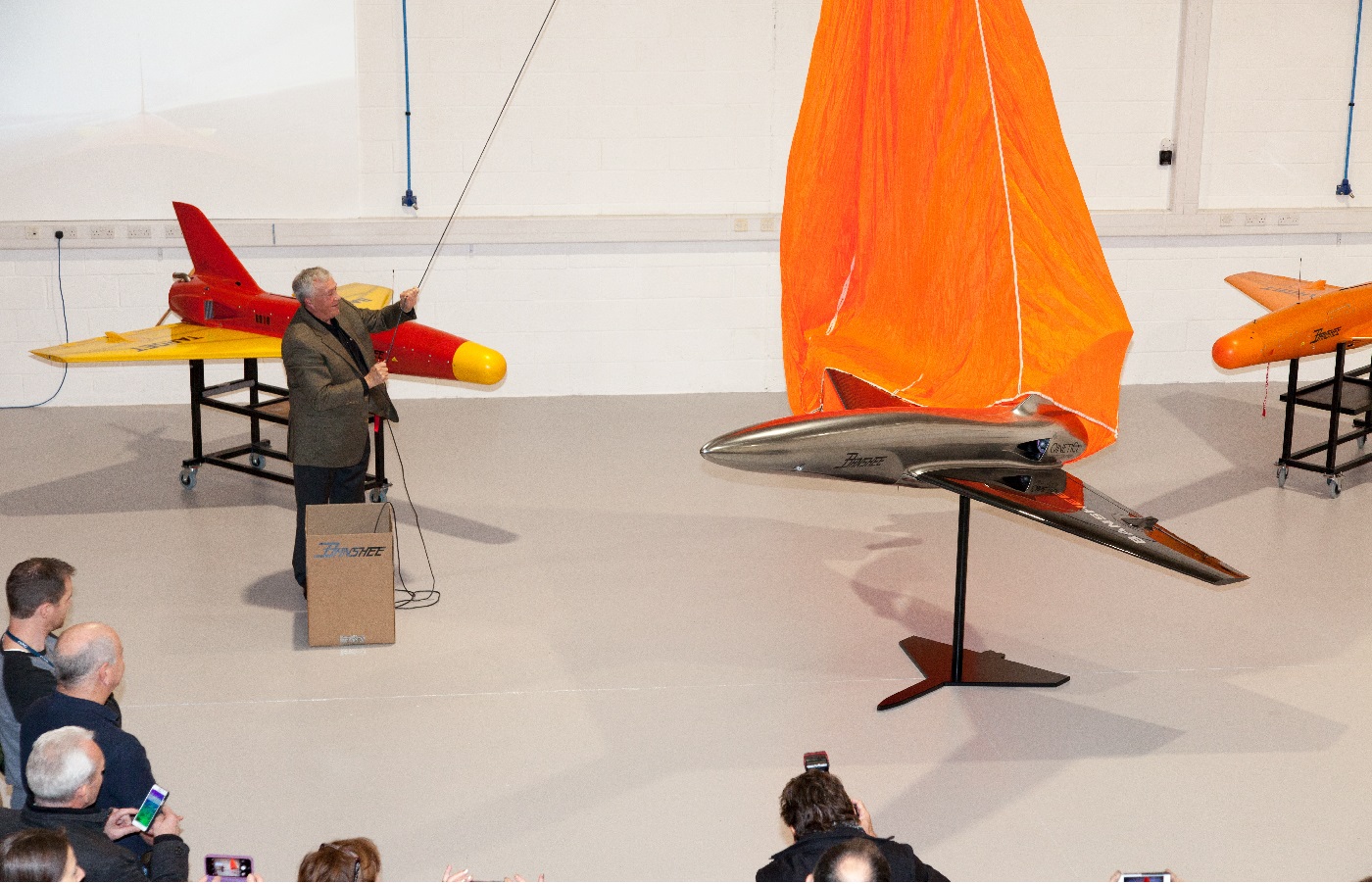 This significant milestone has been commemorated by the unveiling of a chrome plated target which will be on permanent display at the home of the Banshee in Ashford, Kent, in the United Kingdom (UK).

The Banshee target was first flown in 1983 in UK for Royal Navy trials at Portland. Over the course of 34 years there have been nine variants of Banshee, ranging from the Banshee 100 to the Banshee Jet 110.

Flown in 39 countries and for 60 customers, the QTS Banshee is the highest quantity of unmanned vehicle system targets to be produced in its class. There are currently five Banshee target types available with over 12 payloads options and performance ranges from 80 m/s to 215 m/s.

Top facts about the Banshee past and present: 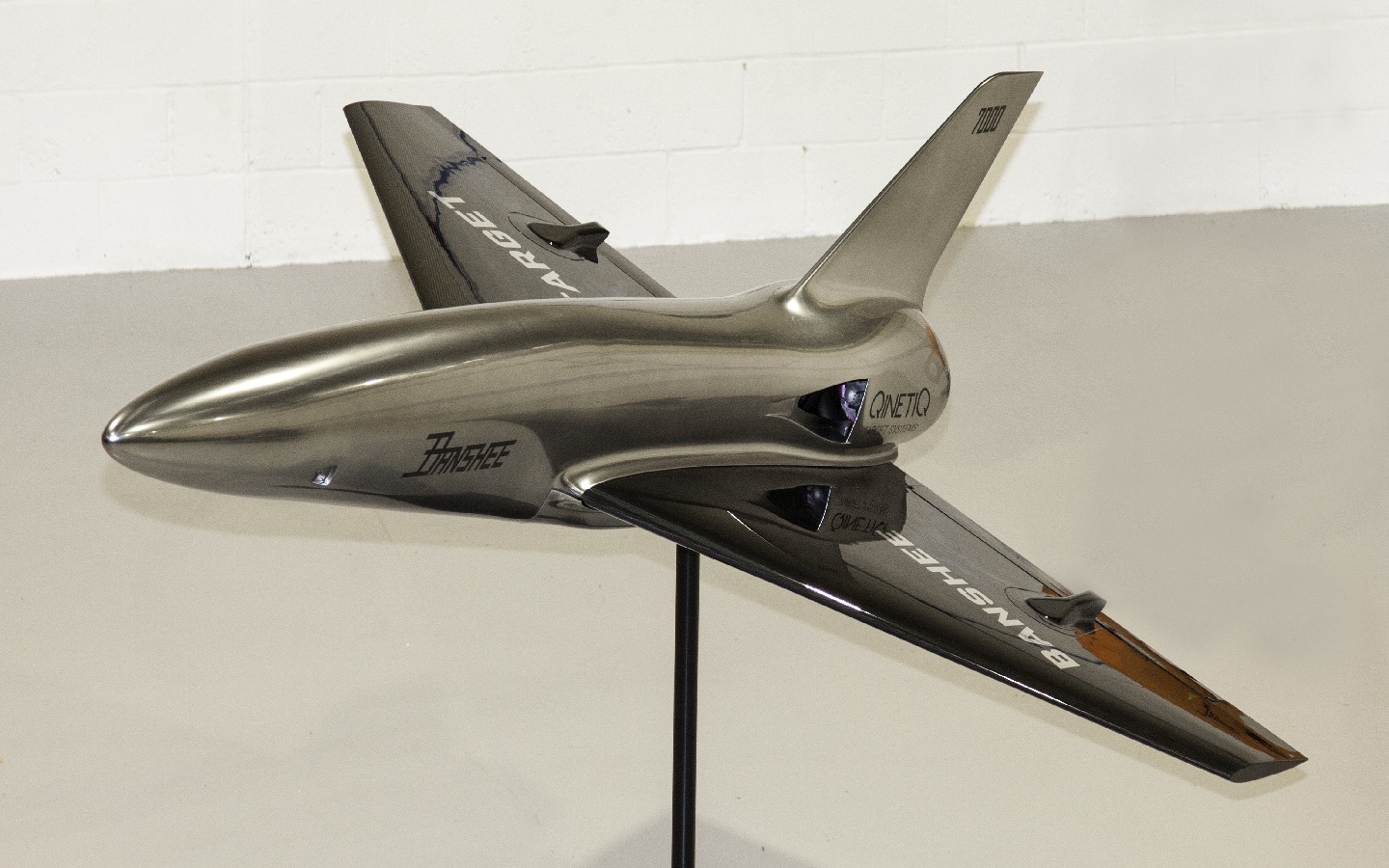 QTS is the world-leading provider of unmanned air, land and surface vehicle targets for live-fire training and weapon system test and evaluation. It designs and develops threat-representative targets and special mission platforms at manufacturing facilities in Ashford, UK and Alberta, Canada, and supports these platforms with a field service capability honed for decades on military ranges worldwide.

This infographic highlights some key stats about the Banshee and other targets we produce. 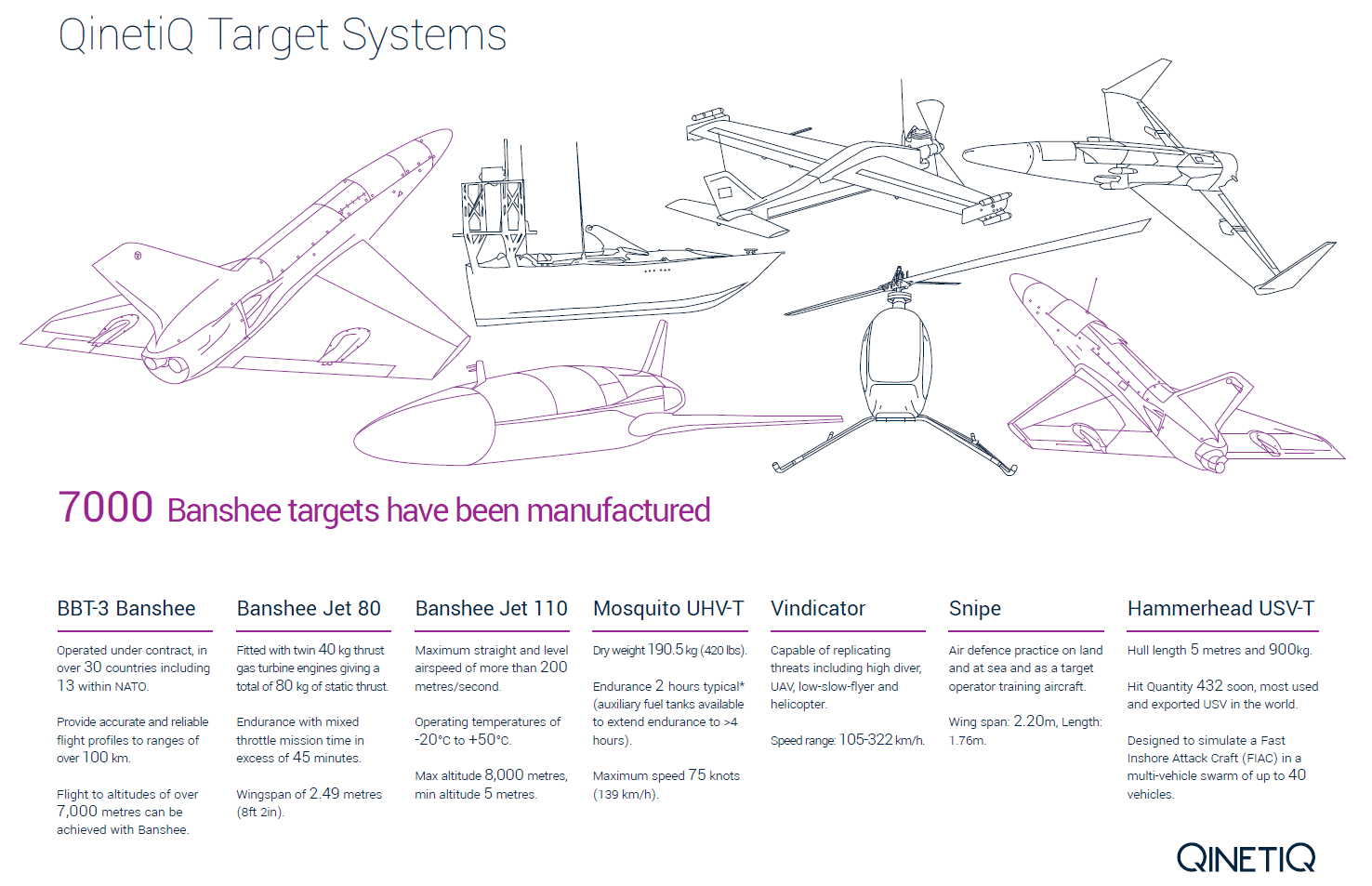 Find out more about QTS here