On what was, for the Hebrides, a typically mist-shrouded week at the end of October, QinetiQ successfully hosted Europe’s most complicated naval demonstration ever. It was also the world’s first multinational integrated air and missile defence test and saw the first object ever launched into Space from UK soil. 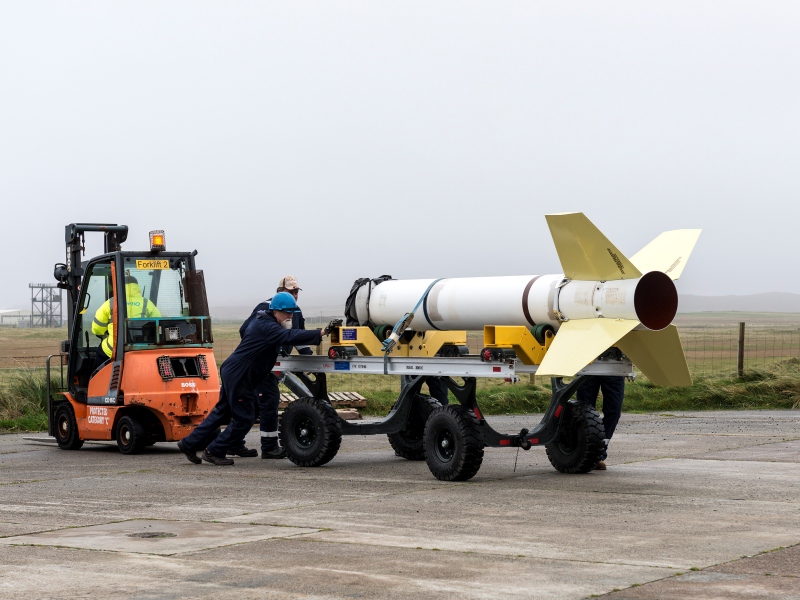 Working with the Maritime Theater Missile Defense Forum, the At Sea Demonstration 2015 (ASD15) took place at the MOD Hebrides Range, one of many that we manage and operate on behalf of the MOD under the Long Term Partnering Agreement (LTPA). The Forum includes Australia, Canada, France, Germany, Italy, Netherlands, Norway, Spain, UK and the US, and exists to develop joint protection against ballistic and advanced anti-ship cruise missile threats, through international research, development, test and evaluation, and military operational assessment such as this ASD15.

Involving nine ships from eight nations, ASD15 saw the simultaneous tracking and live intercept of a ballistic missile target – the first ever in Europe – as well as two sea-skimming cruise missile targets. It also demonstrated how joint working between some of the world’s best navies has moved to the next level of cooperation, with ships sharing real-time information.

Following four years of complex trials planning and a significant amount of investment, ASD15 has shown MOD Hebrides to be a world-class Range, capable of efficiently and cost-effectively conducting a wide range of complex test events; it’s the only Range outside of the Pacific capable of hosting an event of this type. ASD15 resulted in a number of significant firsts: first ever object launched into Space from UK soil; first launch of Standard Missile 3 outside US Pacific Ranges; first non-US maritime cueing of a space target to a US guided missile destroyer; and the first multinational ‘beyond line of sight’ data link, with all units sharing the complete operating picture.

As hosts, we had to ensure the safe design of the test events; transatlantic air routes north west of the UK were re-routed from sea level to the edge of space during the live firing event. We worked closely with Air Traffic Control to minimise disruption and, to ensure no vessels strayed into danger we had four Maritime Patrol Aircraft, as well as an AWACS plane backing up the Range’s own radar.

We’re delighted with the successful outcomes of ASD15, and that our customers know that MOD Hebrides is a 21st century Range, capable of supporting an increased range of missile firings.

Together we have raised the bar with the international community by delivering an amazing demonstration, showcasing what we can achieve as a business, collaboratively working together. This has resulted in our customers talking about ‘when’ and not ‘if’ they will come back – testament to the dedication and commitment of our teams.

Inspiring young scientists: it's as easy as Astro Pi