As the week draws to a close and the thousands of visitors begin to leave Las Vegas, we share our last daily update from the Consumer Electronics Show (CES) and its impact on defence and security.

From this year’s show floor, there are two more key technologies to highlight this week:

The rise of RAS

The impact of Robotics and Autonomous Systems (RAS) at CES2019 is significant, illustrated by an entire Tech Hall being dedicated to this area. From a pure robotics standpoint, it is clear that the world’s innovators are creating a robotic application for every use case. Think of any task and there is a system being demonstrated here in Las Vegas. One of the most striking points, is that the technology is becoming smaller, widening the potential for application in all sectors moving forward. Infusing robotics with artificial intelligence (AI) is now allowing significant leaps forward in terms of navigation, object detection and characterisation – overall creating better decision processing within autonomous systems.

Drones have been out in force at CES, to the point where drone technology looks as though it is nearing commodity levels. Whilst companies are making both larger and smaller drones, some rather impressive vendors have been working hard on the software in order for the drones to form a swarm. In these areas the drones had been programmed to be self-aware, had collision detection software, and would coordinate to perform a task. 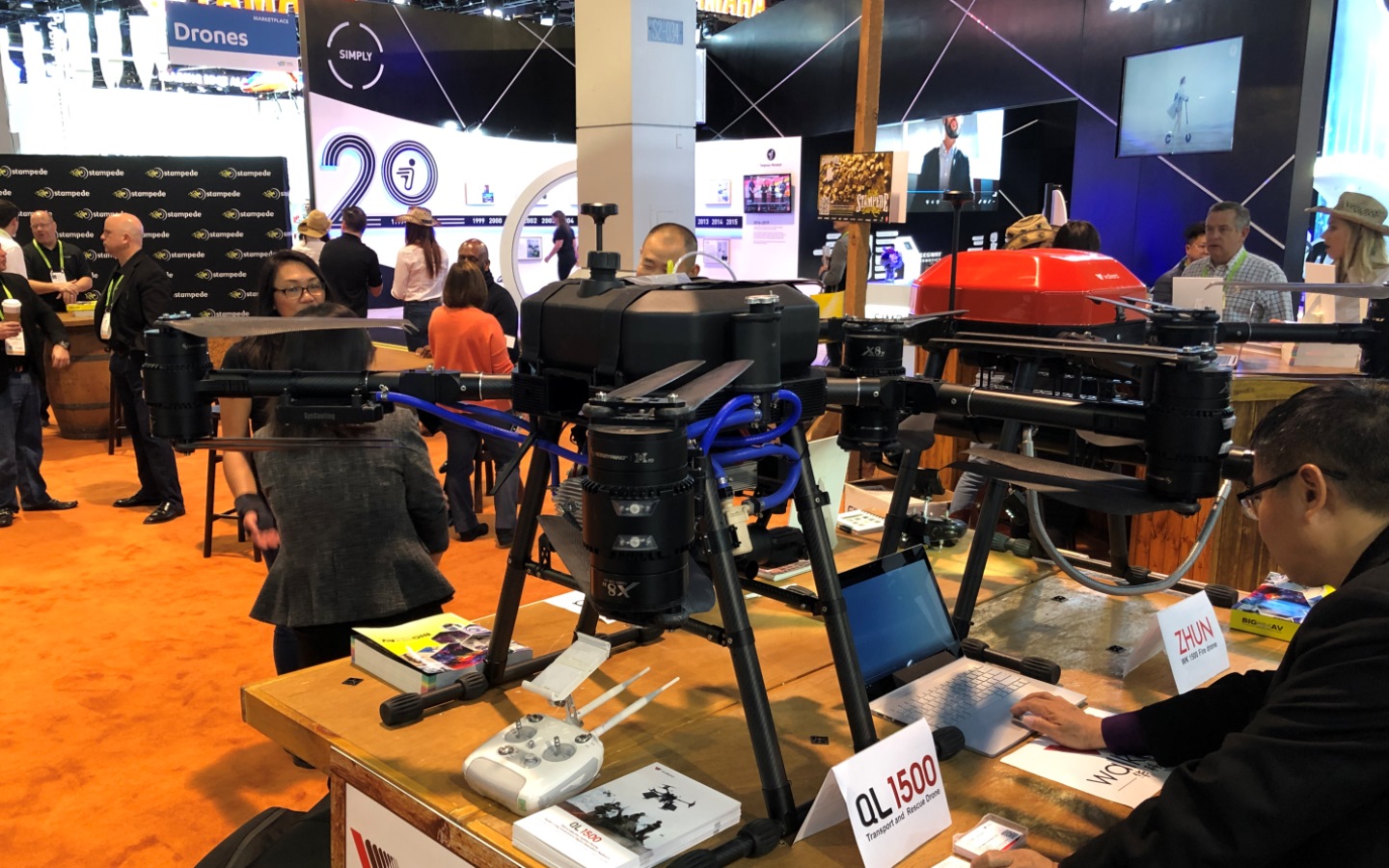 Robotics, when combined with leading innovative technologies such as AI, edge computing, and advanced engineering, could be the key ingredients to further develop truly useful RAS technology in defence. With the right focus and desire there is no reason why RAS systems like this could not be operational within 24 months.

With both LG and Samsung putting on a show, the next generation TVs and displays technology at CES have been amazing to see. We are seeing extremely large displays, with up to 8k levels of resolution and colour depth. Just as interesting, however, is the incredibly thin and flexible displays, which give rise to completely new ideas and thinking on applications in the field. 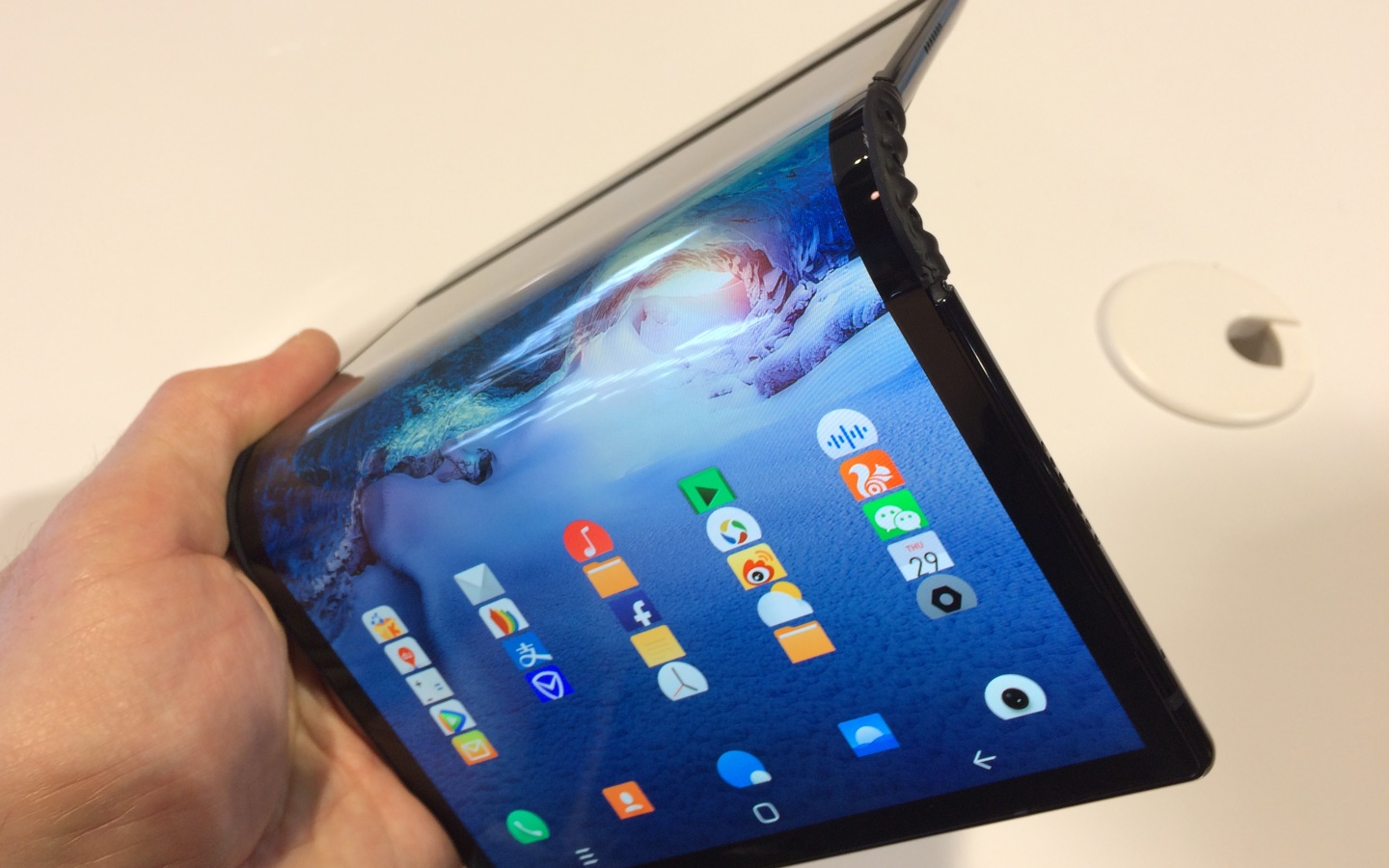 An example that brings this to life is from Chinese company, Royole, who demonstrated the world’s first folding smartphone. This device, known as FlexPal, can be used folded or unfolded, giving it the portability of a smartphone and the screen and size of a high definition tablet. The FlexPal features Royole’s fully flexible display, which they claim is virtually unbreakable and extremely durable.

In the world of defence, this technology could be extraordinary when applied to the field of camouflage. Display technology could be wrapped around military platforms of varying sizes and can mirror the physical surrounding environment. Couple this with QinetiQ’s vast knowledge of other camouflage material science and we have something resembling an invisibility cloak, straight from the pages of Harry Potter.

Here at QinetiQ, innovation is part of everything that we do and that’s why we attend leading global events, such as CES. We work with partners across the world to innovate and deploy experimental technology and make the impossible, possible. If you are interested in collaborating with us, please contact innovate@qinetiq.com

Day one at CES

Innovation – dispelling the myths and top tips for success