Day one of DSEI 2019 is complete and there has been a lot of buzz around the show reflecting this year’s theme of ‘Emerging Technologies’. Our team on the ground have rounded up some of the highlights of the show, as well as our own top news into this bite size blog, so you can catch up on the show highlights, whether you were there or not.

While space has always featured on the programme for DSEI, it is clear to see the growing importance of space to the defence industry, with a brand new hub area dedicated to space and a series of thought-provoking talks across the week. Connecting with the wider show theme, today’s focus stemmed from discussion around the technologies needed to meet the ambition of future defence space capability. Speakers highlighted the development of space technology in commercial markets, where Venture Capitalists are investing billions of pounds in space tech start-ups, all of which can be harnessed and complemented by the developments in the core defence sector. A key focus is space situational awareness (SSA), which involves the detection, tracking and identification of artificial objects and debris. As satellites are getting smaller and technology becoming cheaper, satellites typically used for application in space are now being designed for use on the ground. It will be interesting to see how space technology companies will be influenced by the requirements of the defence sector in the future and how the industry as a whole embrace these partnerships for rapid innovation.

Autonomy and autonomous vehicles is something that is found on the agenda of almost every trade show these days and today was no exception. While QinetiQ shared more on how to deploy prototype warfare and is showcasing work around autonomous exercising, the Royal Navy is front and centre of this topic. NavyX, debuting at the show (IH04), is a joint military/industry innovation accelerator aimed at rapid development, testing and trialling cutting-edge equipment in autonomy and lethality. This is a critical and forward-thinking move from the Royal Navy, which is also looking at power projection and autonomous technologies for the future capability of the Carrier Strike Group.

In the most hostile and remote environments, our Armed Forces need to be able to navigate accurately, robustly and safely. The use of advanced processing technologies, sensors and signals will be critical to providing UK Defence with the tools they need to carry out complex 24/7 military operations around the world. Today, Minister for Defence Procurement, Anne-Marie Trevelyan announced a new contract, awarded to QinetiQ and partners under the UK Robust Global Navigation System (R-GNS) programme, which looks at the evolution of these satellite technologies. Find out more here.

As the world continues to witness more advanced threats, from piracy, fast craft swarms, supersonic missiles and more; there is a pressing requirement for militaries to use accurate, affordable threat representation and ensure their teams are prepared to encounter the most challenging scenarios. A new area of supersonic and transonic targets which can go quicker and higher than ever before has emerged to help with training and mission rehearsal. Find out more about the Next Generation Banshee Target, unveiled at the show today. 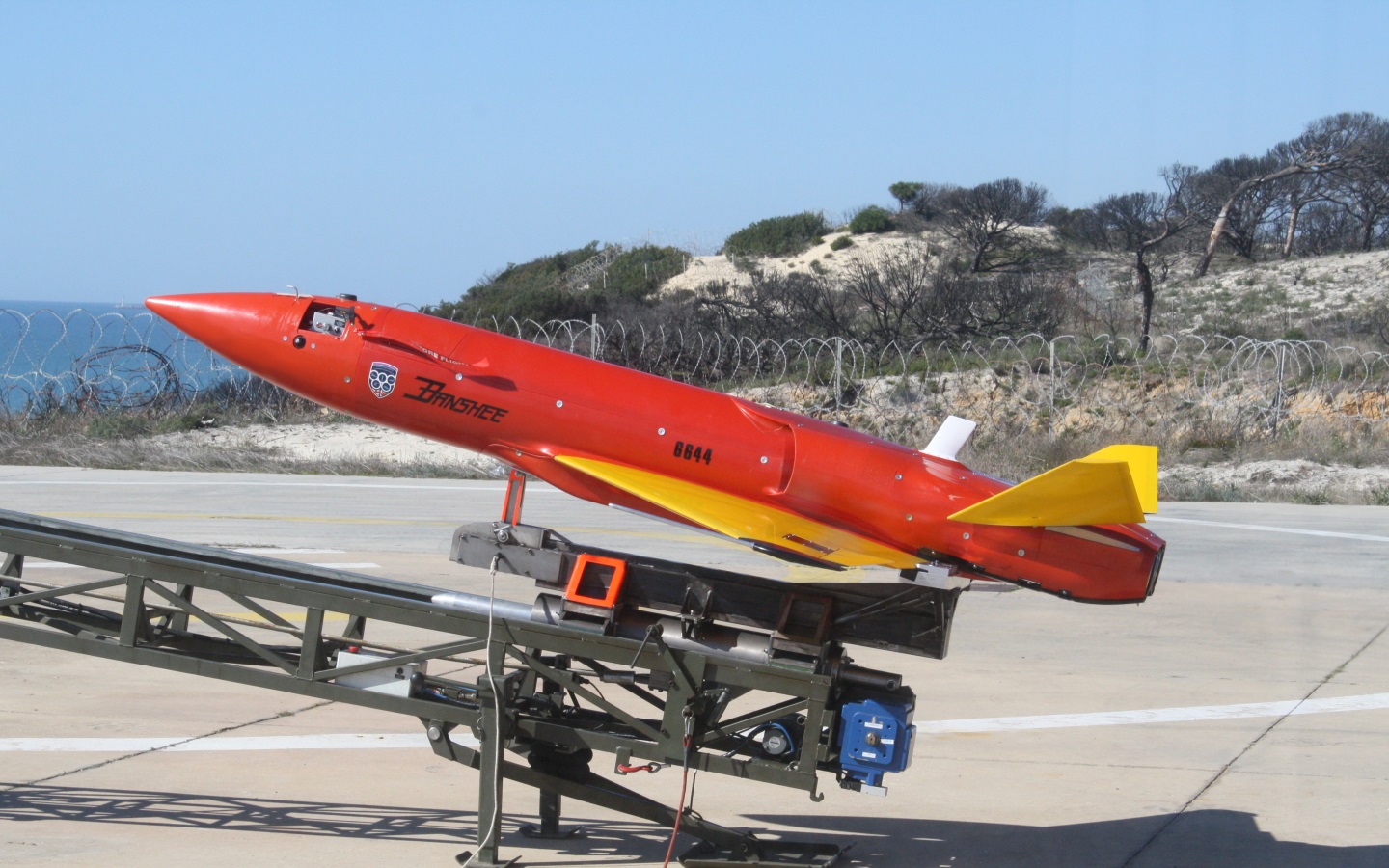 We are trying something different on our stand this year. Launching today, until Thursday is a series of short, TED-style ‘Smart Talks’ on key topics for the defence and security industry. From 5G security, to human-machine teaming, electromagnetic attack to ship and submarine design; join our experts to find out more (stand S3-400). Not attending? You can still register to access the talks post-show as we will be filming them throughout. Click here to find out more.

Day One Highlights from the QinetiQ stand

For a sneak peak of the above and all of the action from the QinetiQ stand today, take a look at our DSEI Day One highlights video below.