Providing electrical energy to the most power-demanding missions is the work of deployable solar panels. To support these panels, we needed to design and develop a modular-based deployable mechanism that was capable of withstanding the loads of a large variety of launchers and ensure the solar array of our P200 satellite could be opened successfully, safely and remotely during its orbit injection. 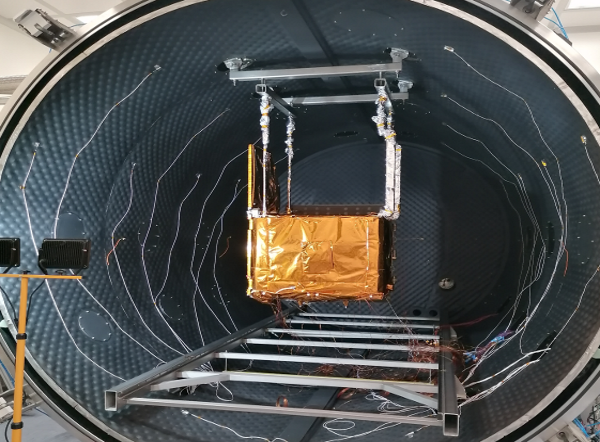 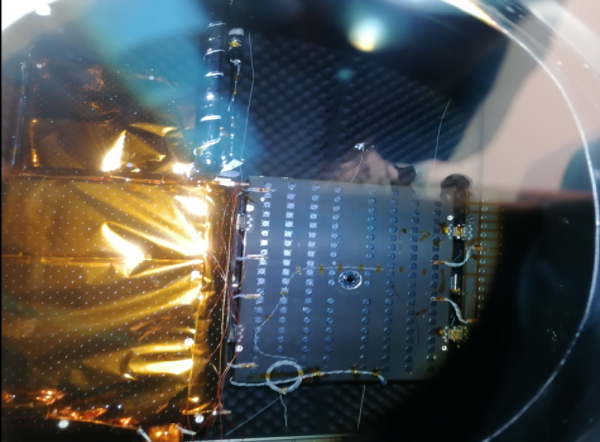 Our P200 is a polyvalent satellite platform designed and developed by QinetiQ’s space team. Now including a new propulsion and avionics system, the P200 is capable of fulfilling an extensive variety of missions, and is compatible with a wide range of payloads. Its flexibility also allows different platform configurations, depending on mission requirements.

As with many other satellites, the P200 needs solar energy to work. We decided to include deployable solar panels in the P200 baseline configuration, which form factor allows to provide energy even to the most power-hungry payload or equipment. Having flexibility in mind, we developed a deployment mechanism for solar arrays, based on in-house designed load bearing hinges, an eddy current damper, and a hold-down and release mechanism.

The design of the hinges allows a modular solar array configuration, where it is possible to include one, two or several deployable solar panels on both sides of the P200 body, depending on the mission power needs. One of the major design enhancements is that the mechanism does not need a weight compensation zero-gravity system for the numerous on-ground functional tests. The good performance and structural robustness of the hinges were proven during April 2019 P200 qualification campaign at Toulouse, France, where the mechanism was tested in launch configuration (i.e. solar panels folded and preloaded against P200 body) for vibration and shock loads.

The qualification of the deployment mechanism finished in December 2021 at Torino, Italy, where a successful deployment test was carried inside a thermal vacuum chamber by QinetiQ space team, in order to verify its performance in a flight-like environment on both temperature extremes: at +100°C and -99°C. This successful test campaign marks a huge step forward in the development of the P200 platform and the missions for which it will provide support and a safe house. The P200 platform will be used for the Altius and IOD missions.