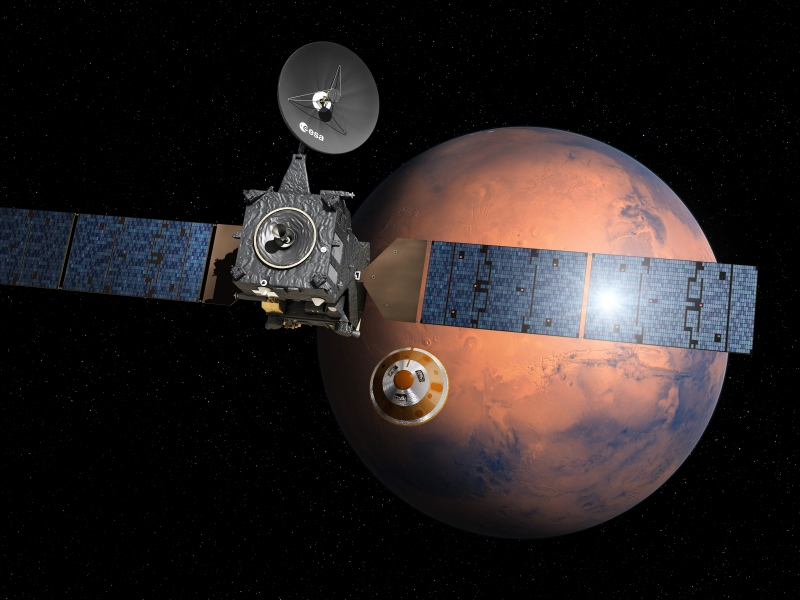 Following its launch on 14 March 2016, ExoMars will cruise through space for approximately seven months before reaching its destination. Three days before arrival, the craft will split in two, with the Schiaparelli lander heading for the surface and a satellite entering orbit.

Using QinetiQ’s UHF transceiver, the lander will transmit data from the planet’s surface to Earth via the orbiter for between two to four days. The project will pave the way for a second ExoMars mission, in which a rover will spend six months analysing Mars’s environment for signs of life. 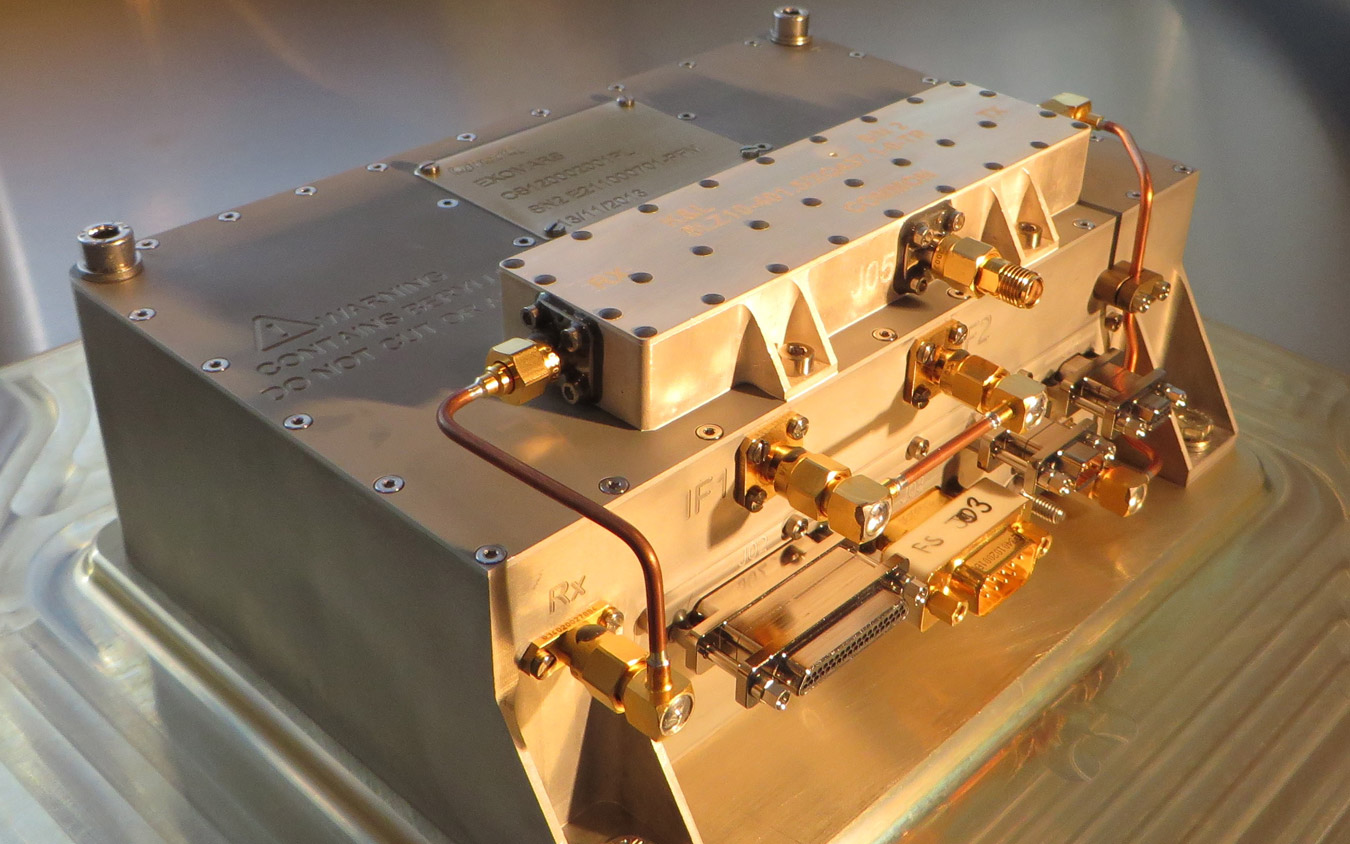 Sending data between two planets millions of miles apart is no easy task. Matthew Cosby, Chief Communications Engineer at QinetiQ, explains the challenges of achieving such a feat – and the potential rewards in doing so:

“Interplanetary communications equipment needs to be incredibly tough to survive the journey and operate effectively in the inhospitable environments of space and Mars’s surface. To prove it meets the required standard, we put the technology through rigorous test and evaluation programmes using our facilities in Farnborough, England.

“We simulated landings on Mars in our vacuum chamber, by slowly leaking in gas to replicate the change in pressure when approaching the surface. We used our environmental chambers to test the equipment in extremes of hot and cold. Shock and vibration testing was carried out with Airbus Defence and Space in Portsmouth to make sure the system will survive launch and entry, descent and landing on Mars.

“It is essential that anything sent to Mars is free from contaminants – the last thing a scientist wants is to ‘discover’ evidence of life, only to realise that it originated from Earth. Equipment can be ‘baked’ at high temperatures for tens of hours to kill microbes, although we chose to build our technology for ExoMars in completely sterile rooms instead. Swabs are then taken and analysed to confirm it meets the programme and UN planetary protection requirements.

“Historically, data was sent directly from Mars to Earth at speeds similar to the old dial-up internet – several kilobits per second. The introduction of orbiters like the one being used in the ExoMars mission enable speeds up to two megabits per second over the shorter distance from the surface to the orbiter. The data is stored on the orbiter and then transferred back when the spacecraft sees the dedicated ground station on the Earth. This communication session lasts in the order of eight hours.

The future of interplanetary communications

“Currently the communications sessions are managed by multiple point to point links – Mars to orbit, Mars orbit to Earth. This is organised by using teams of people in space operations rooms on Earth. However, we are moving toward a network-based infrastructure, similar to Earth’s terrestrial systems. These systems are currently being developed and standardised by international space agencies, including the UK. The communications system for ExoMars is developed to these international specifications, allowing it to communicate with multiple orbiters from different agencies. Continued international collaboration will be vital in building a robust network that will one day support human missions.”

ExoMars is a mission led by the European Space Agency, in cooperation with Roscsomos and including a scientific instrument contribution from NASA, through Thales Alenia Space-Italy as Prime Contractor and with Airbus Defence and Space UK being the Lead Contractor for the Rover Vehicle part of the Mission.