Lord Henley, Parliamentary Under Secretary of State at the Department for Business, Energy and Industrial Strategy (BEIS), together with Baroness Scott, visited MOD Boscombe Down on Friday 8 February. 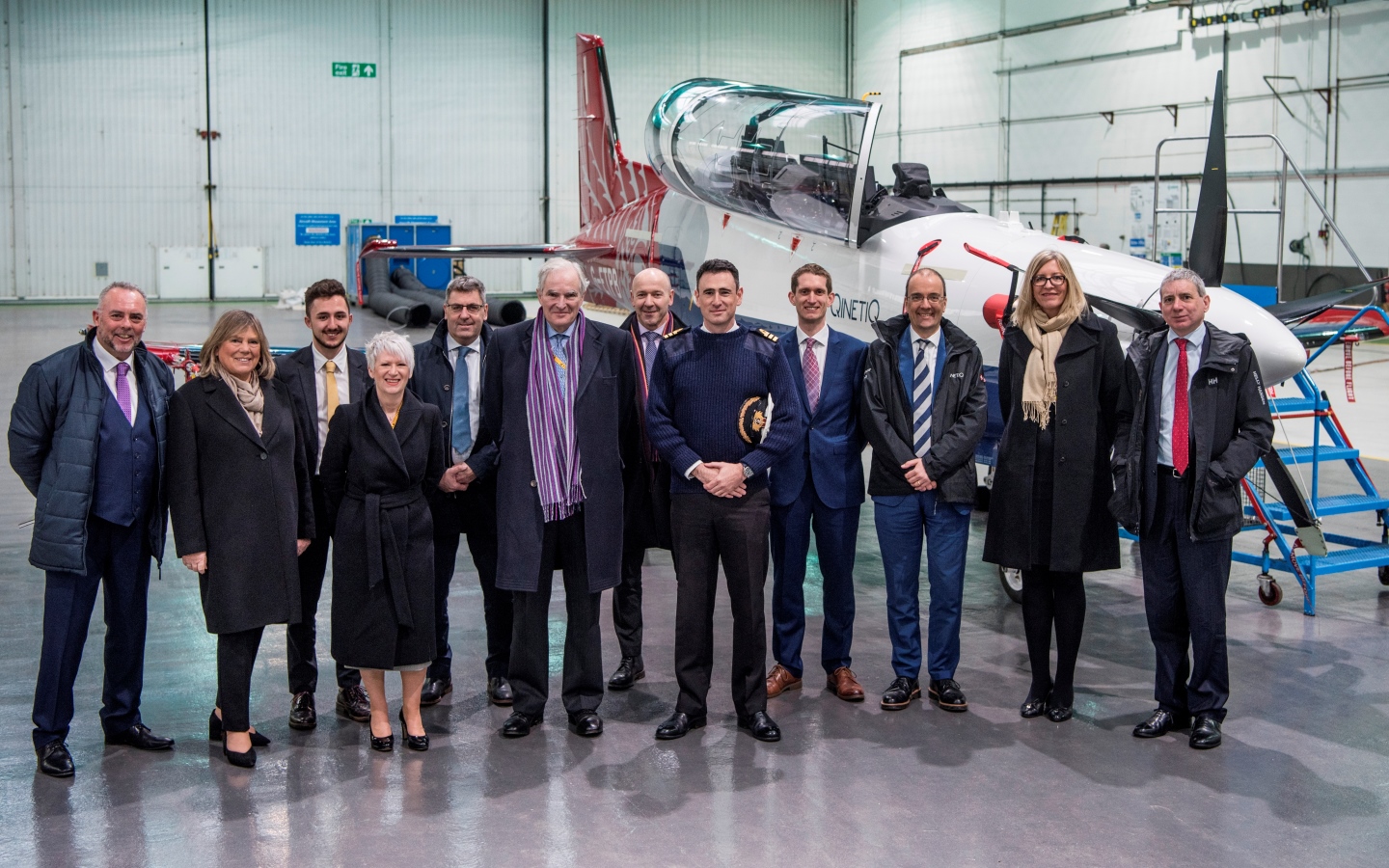 The visit coincided with Lord Henley’s visit to Salisbury as part of the ambition to re-establish the area as a tourist attraction following the Novochok incidents that occurred in 2018.

Despite the horrendous weather conditions of driving rain and gale force winds the party of ten were made welcome and received an informed visit. A walk across to our Empire Test Pilots' School (ETPS) enabled Lord Henley and Baroness Scott to see the significant investment that has been made in the newly acquired air fleet and the improved hangar conditions – a particularly welcome respite from the weather conditions. The visit to QinetiQ apprentices in Hangar 45 followed, where Lord Henley took an active interest in the work that the apprentices were undertaking.

“It was terrific to meet some of the young apprentices at QinetiQ, who have come from as far away as Wales, Doncaster and Kingston to study at the school at MOD Boscombe Down, and to see the opportunity to capitalise on the existing aerospace expertise there to create a much larger regional hub” said Lord Henley.

He continued “This hub could be a significant boost to not just the economy of Salisbury and Wiltshire but also to the South West region; as well as underpinning vital capability for the defence of the UK”.

"We were delighted to welcome Lord Henley who noted the investment that has been undertaken and the potential for further infrastructure investment and the opportunities that present itself for employment at MOD Boscombe Down. Hopefully the weather will be a little kinder for the next visit!"