The Range is situated on a coastal plain backed by a dissected and bevelled remnant of a plateau surface. This higher ground falls southwards and eastwards from 180m to 100m OD. There is an almost linear, steeply sloping boundary between the dissected plateau and the coastal plain. From Pendine to Plashett (just NW of Coygen Quarry) the A4066 follows the base of this slope, and then continues along a glacial meltwater channel that isolates St Johns Hill from the remainder of the plateau. Coygen Quarry lies on a fault bounded block of Carboniferous Limestone but the remainder of the higher ground is on rocks of the Old Red Sandstone.

The south-western extension of the Llandefaelog Disturbance (part of a regionally significant fault zone - The Church Stretton Disturbance ) is shown on the geological map as a line passing along the base of the slope of St Johns Hill and continuing WSW beneath the coastal plain to pass just offshore from Pendine and Ragwen Point. The fault zone is probably more complex than this (as seen in the cliffs where it reaches the coastline west of Amroth). A relatively minor earthquake (in terms of damage) occurred on this fault in 1983. It had a magnitude of 5.0ML, and caused some minor structural damage to buildings and visible disturbance of sea surface in nearby estuaries.

The MOD range is situated within an extensive dune system (Pendine - Laugharne Burrows) that backs the 11km long sandy beach that extends from Dolwen Point to Ginst Point. This dune system has partially encroached over an area of marshland/saltmarsh that has been reclaimed for agricultural use. 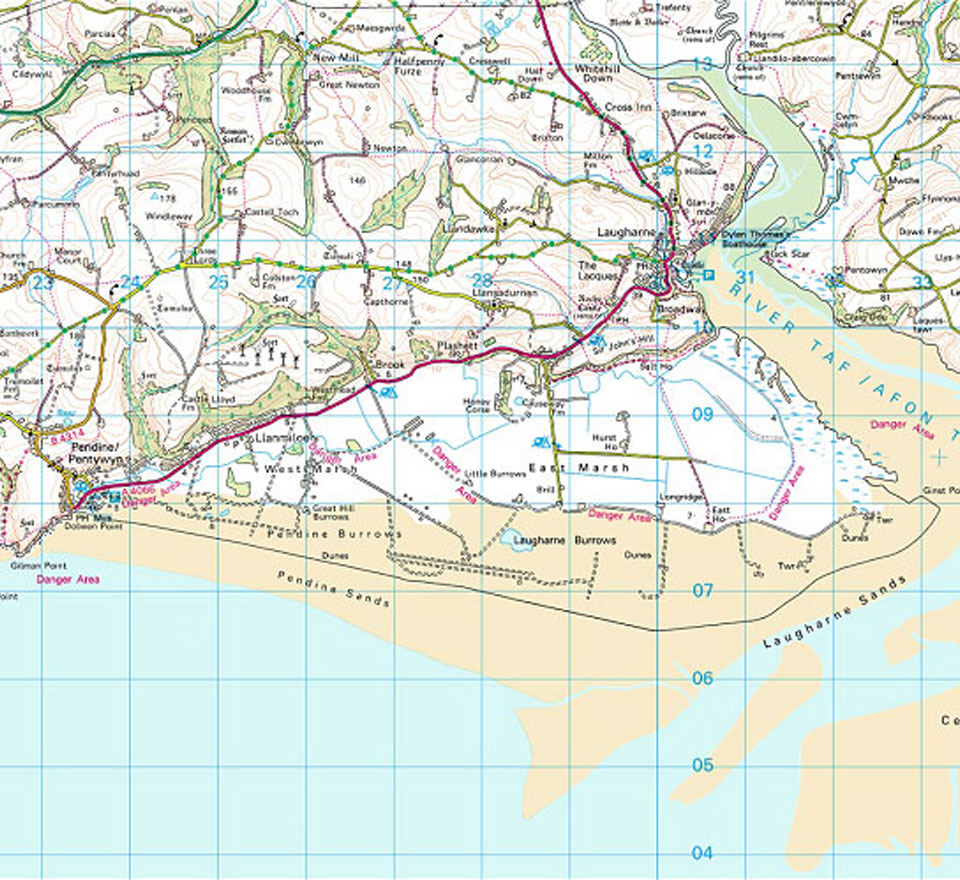