Some sections of the Southend and Shoeburyness coastline and foreshore are private property, owned by the Ministry of Defence. Members of the public are not permitted access to these beaches for health and safety reasons.

These prohibited areas are signposted to warn of the inherent danger that trespassers are exposed to and the potential hazards associated with the historic use of the area. 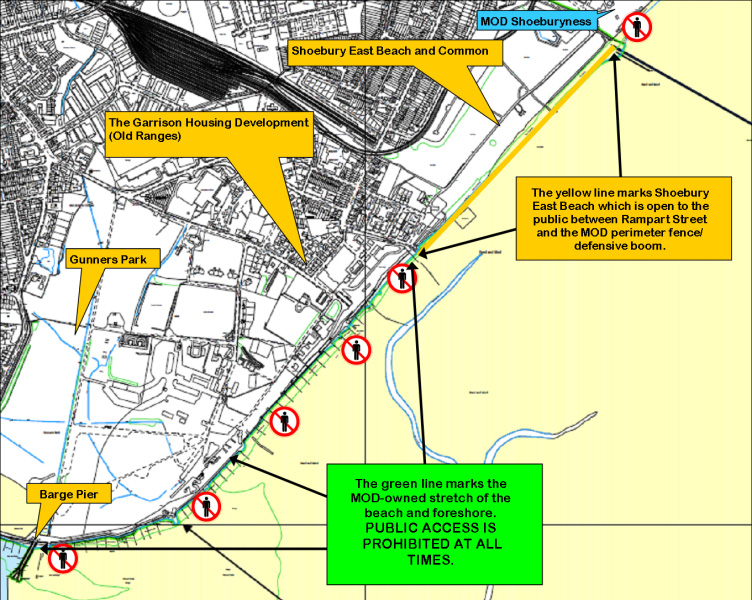 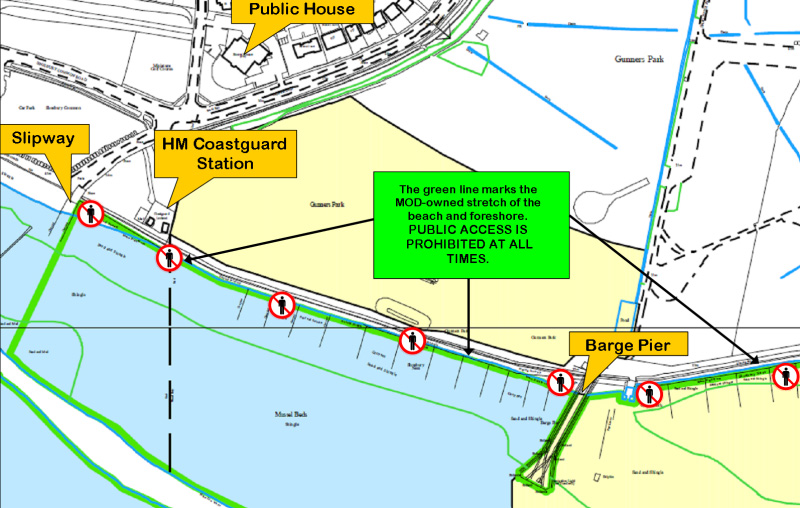 Members of the public are not permitted access to this stretch of the beach at any time, for any reason or purpose. This prohibition includes, but is not limited to:

In accordance with the Shoeburyness Artillery Ranges and Military Lands Byelaws, trespassers may be prosecuted and fines are applicable.

This is a public beach managed by Southend-on-Sea Borough Council under license from the MOD. It is a very popular area for watersports, particularly Kitesurfing. Members of the public are generally permitted to occupy the beach, foreshore and the sea area directly in front of the beach within the licensed area (shown in blue on the map).

No watercraft or person is permitted to remain in the Inner Sea Area beyond the licensed area (demarcated by a yellow buoy line) at any time. The only exception is when the Range is NOT ACTIVE, the Outer Sea Area is open and the vessel is travelling directly to or from the licensed area.

Occasionally, QinetiQ will enforce a closure of Shoeburyness East Beach for health and safety reasons associated with live firing activity. On such occasions, the Yellow Diamond signals will be used to notify the public.

There are two Yellow Diamond signals visible from public areas of Shoeburyness East Beach. They are mounted on the yard arm of Red Flag poles. When the Yellow Diamonds are raised the public may occupy the whole of Shoeburyness East Beach including the sands directly in front of the beach (up to the yellow buoy line). When the Yellow Diamonds are lowered (with or without the Red Flag flying), entry to the beach and sands area is prohibited. Access to the car park will still normally be permitted.