As a young engineering graduate, fresh out of university, Ashley never imagined that his career with QinetiQ would take him to the hot desert sands of Qatar.

On completing his aerospace engineering degree, Ashley set his sights on a relatively small field in Melbourne, a career in aerospace.

“My first role out of university was as an engineering graduate at QinetiQ (then AeroStructures). I worked alongside my colleagues, providing analysis to the Defence Aviation Safety Authority on the airworthiness of several Defence aircraft such as the Boeing 707 air-to-air refueling aircraft, Caribou troop transport and P-3C surveillance aircraft.”

After specialising in the Boeing 707 platform, Ashley was offered the opportunity to work closely with the customer and provide front-line advice and analysis on site at RAAF Base Williams Laverton.

“Initially, working on the base was a daunting experience, learning rank structures and some of the peculiarities about how Defence operates. But the experience provided me with valuable first-hand experience on what the customer needs and how they do business.”

In 2010 Ashley was awarded the Australian Industry Defence Network’s Victorian Young Achiever Award. Highlighting his outstanding contribution in the field of structural integrity. He progressed from senior to principal engineer before becoming the project lead for QinetiQ’s helicopters team.

“I love the technical challenges that come with a role in aircraft structural integrity and the fact that I work within a highly-skilled team that’s expertise is sought after by our customers.”

After completing an MBA and taking part in QinetiQ’s Leadership Development Program, Ashley was promoted to the position of operations manager and then program director for structural integrity.

“I’ve always taken an active role in my career progression, seeking out opportunities to take on more responsibility, fostering professional networks and broadening my experience base while still maintaining my technical expertise.”

So when QinetiQ posted an expression of interest for a new operations director position in Qatar, Ashley saw this as a great opportunity to broaden his experience and shape a new market for the company.

“My wife and I had discussed our desire to work abroad while our children were still young, and this looked like a great opportunity to take my career to the next level and embark on a big adventure with my family. I was thrilled to be accepted for the role and am looking forward playing my part in shaping a new company from the ground up.”

As Ashley looks forward to his latest career challenge, he provides the following words of advice to engineering graduates considering their career paths:

“Choose an organisation based on where it can take you in the long-term, not on your initial job title. And remember there is a grey line between the role you are asked to do versus what you are able to do. Look for opportunities to take on extra responsibility and demonstrate what you are capable of.” 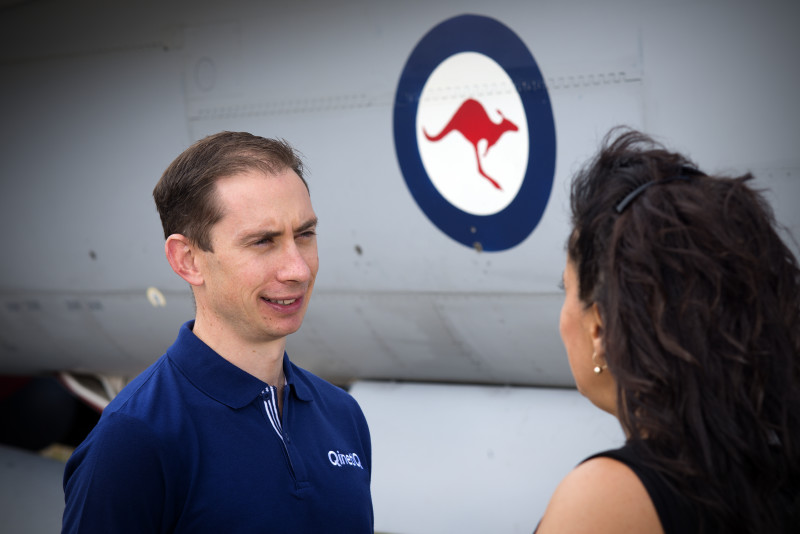