“RED KITE 17 has been an immersive and valuable multi-national, joint, collective training experience for multi-national participants. This year’s Exercise RED KITE, believed to be the broadest UK military synthetic collective training exercise, has been a great success. The event has linked the ABTC, Royal Navy air and ship simulators, USAF aircraft simulators and the Canadian Air Warfare Centre’s synthetic network. Although the technical and exercise development preparations have been extensive, this complexity has been transparent to the training audience. Participating teams’ collaboration and decision making skills have shown noticeable improvement day-to-day. RED KITE is a safe and cost-effective team and collective training event. Despite being smaller than some US-led events, several US synthetic experts have commented on its highly-focused and effective delivery.”

Peter Blake, QinetiQ’s Technical Lead for Exercise RED KITE, led the technical planning, coordination and integration for this exercise. Pete has over 5 years in the simulation and training domain at QinetiQ and has previously worked on, and led, a number of distributed exercises; however, this has been his biggest challenge to date:
“Leading an exercise with individuals from multiple countries over varying time zones is certainly challenging. Combine this with a very small Integration & Test window with all sites made for an interesting puzzle to solve. Fortunately I had an excellent team of individuals around me in support.”

This year’s Exercise RED KITE has grown to include a greatly expanded participant list, with trainees being located across the globe. In the UK, the trainees and augmentees include E-3D, Typhoon, RC-135W Rivet Joint and Sentinel (all based at the ABTC), RN Type-45 destroyer from the RN Maritime Composite Training System based at HMS Collingwood, and Sea King Air Surveillance and Control System based at RNAS Culdrose. Participants globally include MQ-9, F-16 and EA-18 at the USAFE Warrior Preparation Centre in Germany, AC-130, MC-130 and C-17 at various USAF bases throughout the US, and CF-18 from Canadian Forces Base in Canada. Although DSALT has connected to the maritime components and the US AFBs previously, this is the first time they have all been brought together for a single training exercise run from the ABTC. Moreover, this is the first year in which the Royal Canadian Air Force (RCAF) has participated in Exercise RED KITE. 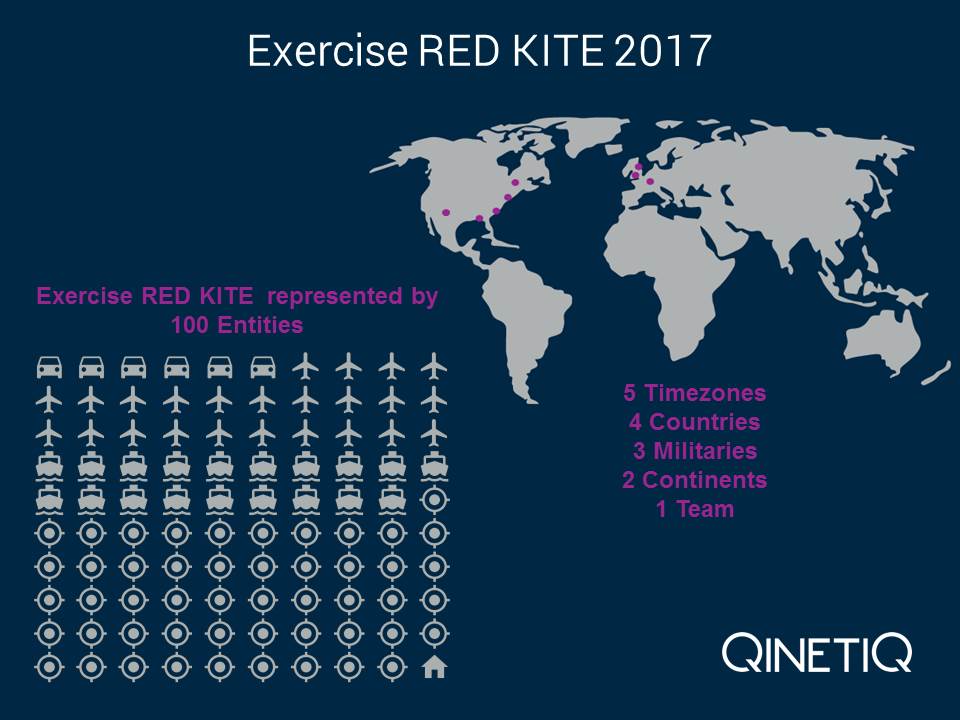 In addition to the training ‘firsts’ that were achieved as part of this Exercise there were a number of technical ‘firsts’ which took place to enable the exercise.

The 2017 Exercise RED KITE has been hailed as a resounding success by all parties involved. This was echoed in the feedback from the Exercise Director - Inzpire’s Andy Fisher - who stated:

“The limited connection time created a difficult integration plan that can, at best, be described as challenging and at worst, be described as barely achievable. That said, the team smashed it; we didn’t lose a single execute for the entire 2 weeks. The chaps managed to solve virtually all technical challenges that materialised in an expeditious manner which meant that as the Exercise progressed the set up became increasingly more robust. Once again, the Whole Force has risen to the challenge and delivered a successful exercise under some of the most challenging timescales.”

Can you imagine a world without wires?

Will you thrive in the Fourth Industrial Revolution?