Warfare has changed dramatically over the last few decades with modern militaries adopting principles like ‘collect once, use many times’ for ISR, for C4ISTAR and for planning in conflicts where ISTAR overmatch and air supremacy is guaranteed. As the enemies ability to direction-find and intercept evolves and improves, our tactics will need to adapt, and new technologies will need to be embraced to rapidly deliver military advantage. QinetiQ believes that Free Space Optical Communications (FSOC) – a technology originating in the commercial sector, offers true innovation that will unlock quantifiable increases in military capability.

The modern battlespace requires unprecedented levels of bandwidth and connectivity to distribute data in order to deliver an information advantage. The requirements of bandwidth and connectivity are common to each of the Air, Maritime, Land and Space domains. However, there is an inherent challenge in relying upon Radio Frequency (RF) communication; its very nature makes it vulnerable to detection and to intercept. In a highly contested and congested battlespace, sole reliance upon RF communication presents an adversary a highly promising attack vector; offering the opportunity to jam or intercept critical communications links or to direction-find and engage our forces via kinetic means. 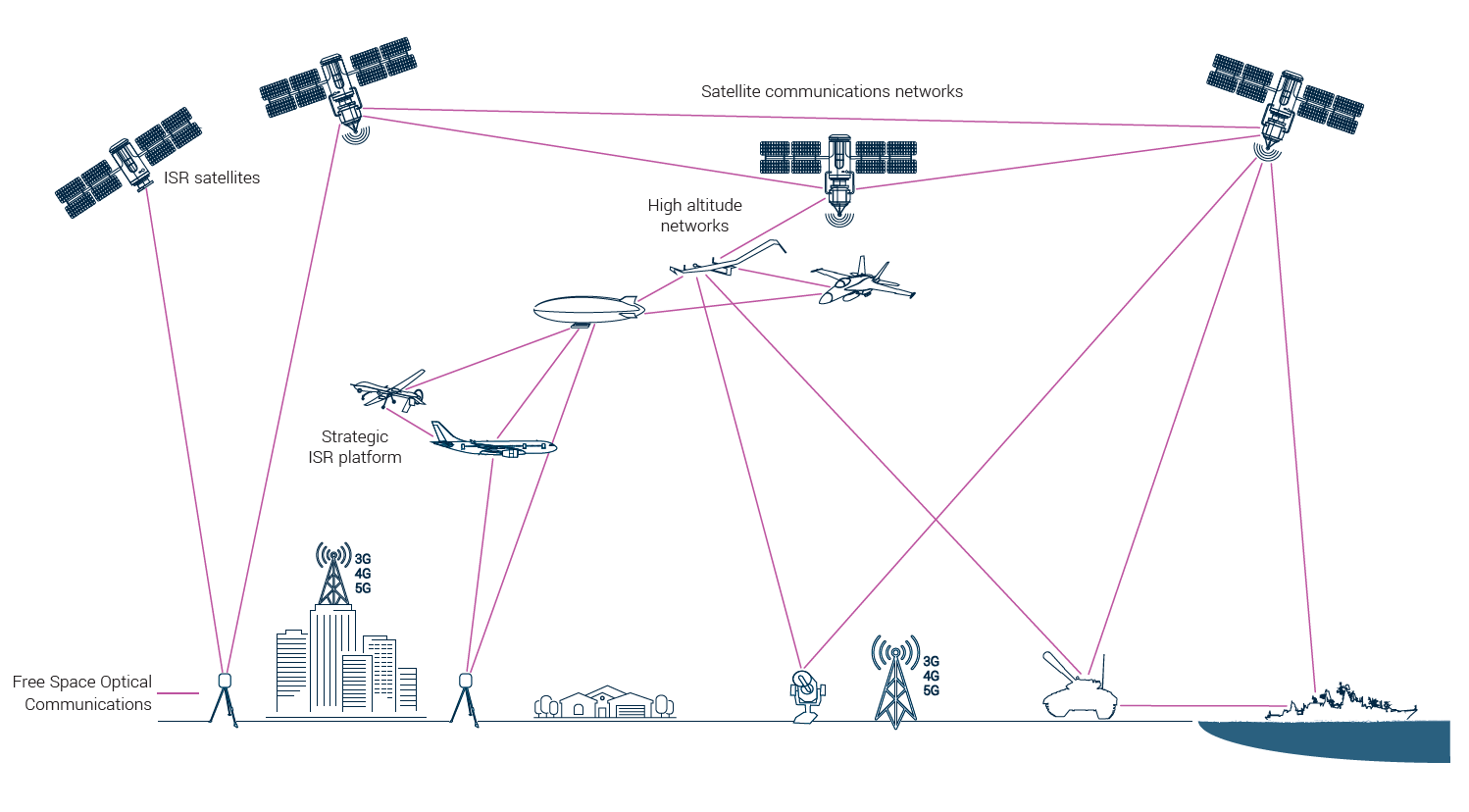 Fibre optic systems provide high-speed digital links across most of the globe. However, in some cases it is impossible or impractical to lay down fibre optic cable. Free Space Optical Communications offers an alternative. It can provide high speed connectivity to link air, land and maritime platforms.

QinetiQ is developing a range of capabilities to help military customers meet their future connectivity challenges. Building on commercially available QinetiQ working with customers and partners to develop FSOC system suitable for military use cases. 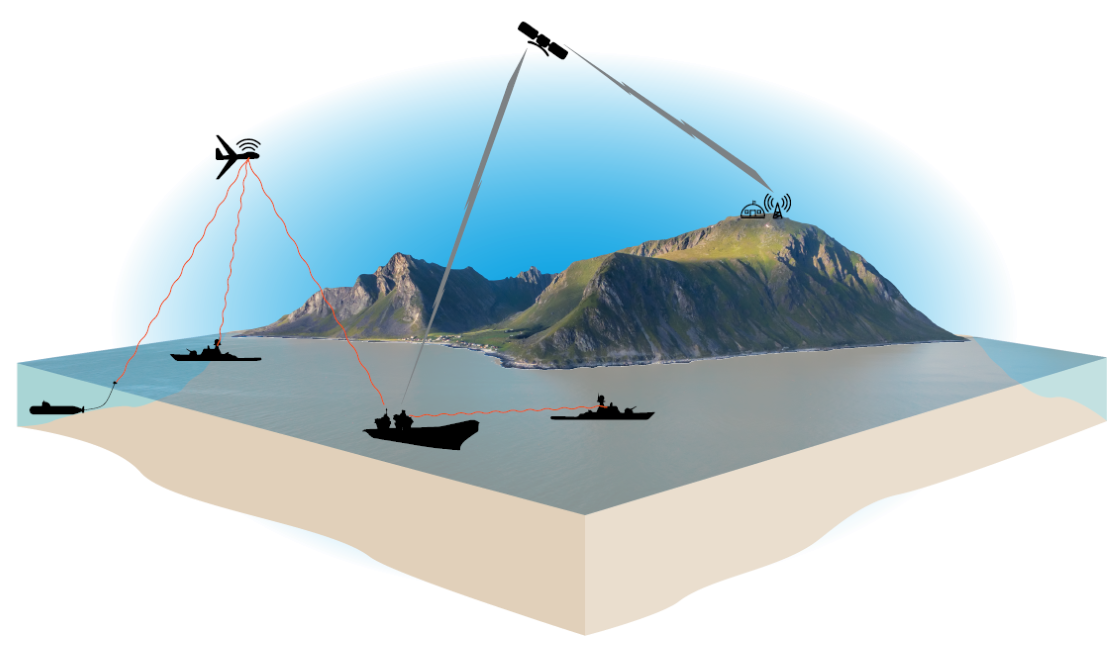 Laser based communications operates at many times the speed of RF communications links. Just as fibre broadband has transformed our home and working environments, Free Space Optical Communication’s promises to transform the military battlespace. Many military platforms have RF data links that operate at the speed of an old-fashioned modem. Optical communications is the equivalent of having fibre to your doorstep, offering multi-Gigabyte data links. As sensors and the resulting data volumes increase exponentially, FSOC provides a scalable means by which to transport the data that will deliver information advantage.

Whilst not intended to replace RF communication there are scenarios where a direct and secure transfer of data makes more sense and optical is best placed to complement those RF technologies as part of an overall architecture.

RF communications systems rely upon broadcasting data widely over a pre-determined frequency, and encrypting it to prevent interception. Free Space Optical Communications is almost impossible to intercept or detect, as the laser beam travels directly from one platform to another over a very narrow path.  Interception would require an adversary to be physically present in the path of the beam – something that is extremely difficult to achieve.

In modern conflicts adversaries are increasingly able to conduct precision targeting using RF communications signatures. By utilising optical communications the, overall RF signature of forces is vastly reduced. This reduced signature greatly increases the survivability of blue forces by limiting the ability of an adversary to intercept, jam, spoof, direction find and strike.

As the RF spectrum becomes increasingly congested, free space optical communications (FSOC) offers an alternative. Not only does it offer greater bandwidth and security it avoids spectrum conflict. Unlike RF, the laser beam is highly directional and different links do not interfere with each other.

Since optical datalinks do not use the RF spectrum, not only is spectrum management easier with allies but interoperability is easier to achieve. As FSOC technology has an inherently low probability of detection or intercept, the need for complex encryption/decryption is reduced. This means that reliance upon nationally-sovereign cryptography is lessened and interoperability of data exchange between allies can be increased.

In addition to the optical communications inspired by the principles of software-defined radio, FOSC systems can switch between communications mode and sensing functions. This provides unprecedented multi-functionality, particularly critical on military platforms where size weight and power constraints are often a limit to performance.

Examples of the ISR functions incorporated optical communications are 3D Mapping and long range target ID using vibrometry, in addition to the capabilities granted from an EO/IR payload capability housing the FSOC system.

We have developed core FSOC technology and are working across all domains, developing FSOC concepts, rapidly prototyping and fielding solutions, conduct ground breaking experimentation – supported by modelling and simulation, delivering systems into the hands of the users that enables information advantage today.

We are currently investigating how Free Space Optical Communications could meet the needs of the military front line commands across the world, including providing a core FSOC module that militaries can integrate into existing capabilities. This core module would provide a communications link and sensing modes that could be scaled for different applications and incorporated into ruggedized housings that suit different deployment conditions, providing a rapid route to early adoption of FSOC capability.

Please speak to us if you wish to:

Working with our customers and partners, we have developed a series of concept use cases across each of the military domains.

We have already created an airborne flight ready payload for a High Altitude Persistent Surveillance (HAPS) platform that provides FSOC capabilities from HAPS up to satellites, across to other HAPS platforms and down to the ground. The HAPS to HAPS optical communications link has a range of over 100km enabling high bandwidth communications backbone in a strategically deployed platform. Recognising the requirement for sensing as well communications on a critical platform such as HAPS, we have implemented LIDAR ISR modes within the payload, increasing military flexibility during a long HAPS flight and ensuring SWaP constrained platforms like HAPS can achieve a greater degree of military effect and advantage.

FSOC increasingly has a role to play on other airborne platforms in order to provide a way of communicating data off board the aircraft without comprising platform integrity or survivability. Our experts have all the correct skills, expertise and underlying FSOC technology to make this a reality.

We have developed a design for the UK government to explore the benefits of FSOC as a future satellite communications bearer and are also looking at the use of optical communications in more tactical scenarios, such as ground to ground links.

Optical Communications provides numerous advantages over RF in the Naval Domain. Whilst it will never replace RF entirely, it can sit within a toolset, delivering huge benefits by reducing ship, submarine, and fleet EM signatures and providing a bandwidth that is orders of magnitude greater than current in service RF links. We have developed a design for trialling naval free space optical communications link capable of surviving the harsh maritime environmental conditions and maintain a communications link between platforms in a range of different sea states.  In the near future, ship to HAPS and ship to satellite optical communications will unlock greater connectivity with the wider battlespace. 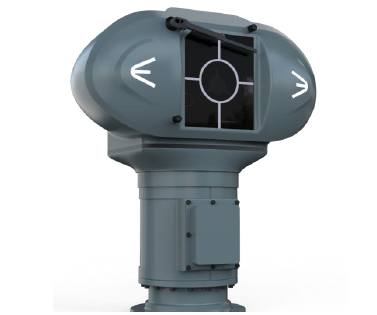 Optical Communications between satellites in the space domain has already been proven through contracts like the European Data Relay Service. These links tend to be between different satellites to enable high throughput of data around the globe. Interest in the use of Optical Communications that are either Direct to Earth or include HAPS as an intermediate step is growing. We have designed an Optical Ground Station which provides an optical communications capability into Low Earth Orbit (LEO) satellites, including those operating at low slant angles. In the future this capability will be developed for use with GEO satellites.