West Worcestershire MP and Minister for Defence Procurement, Harriett Baldwin, has welcomed the latest intake of graduates who will be part of the expansion plans for QinetiQ. 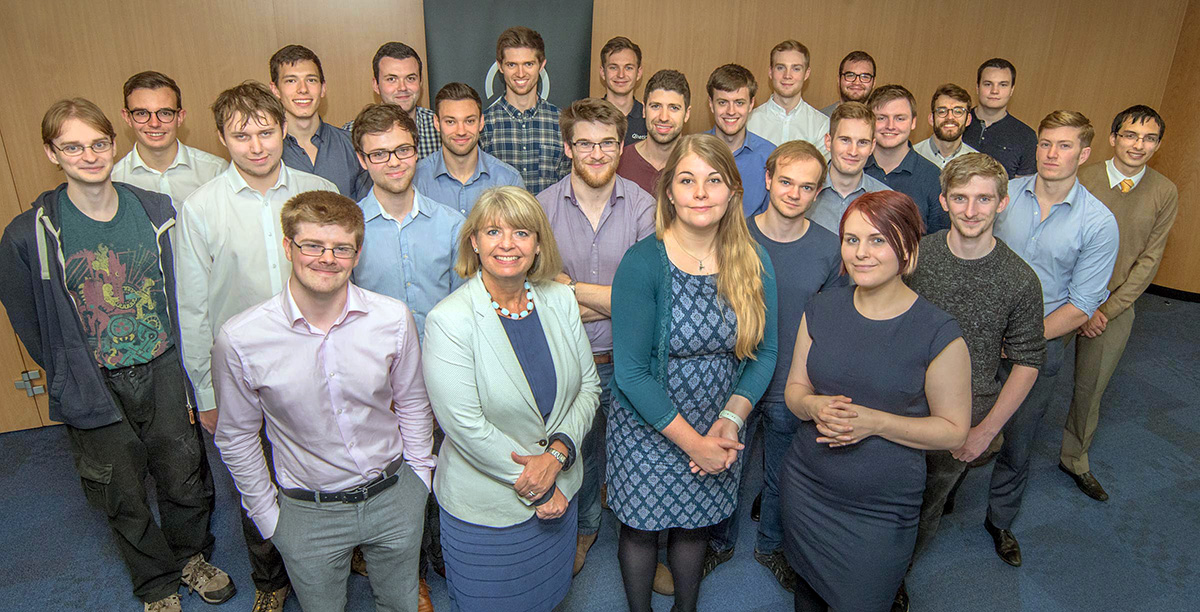 The MP met with more than 20 new graduates who have been taken on to work in Malvern. QinetiQ is recruiting more than 100 new staff to work in areas including its growing cyber security business which provides expertise for major blue chip companies.

Harriett also met with James Willis who runs the QinetiQ’s Malvern site to get an update on the company’s growth plans, as well as plans to sell off some of its redundant space for housing and new employment land.

Harriett said: “Each year, I try to meet with the new intake of graduates to welcome them to Malvern.

“It was really interesting to chat to them as they start out in a new, exciting career. With all these new jobs arriving in Malvern, it is important we have the right housing stock to allow people to lay down their roots in the town.

“It was also useful to meet James and hear of the company’s expansion plans. I was pleased to hear that progress is now being made freeing up some of the company’s un-used land and I hope it will be a catapult to further economic growth in the town.

“QinetiQ is definitely in a growth phase and is looking to diversify its business into new areas and the Malvern site is clearly an important part of the company’s growth plans.”