Rocket launches are always special, but they are even more special when they carry hardware you and your team have worked on.

Onboard the latest resupply mission to the International Space Station (ISS) in December, there were very special pieces of hardware made by QinetiQ and called Transparent Alloys Cartridges (TAC). They flew inside the Dragon spacecraft, on top of the Falcon 9 rocket that marked the 19th mission for SpaceX under its commercial cargo resupply mission to the ISS. 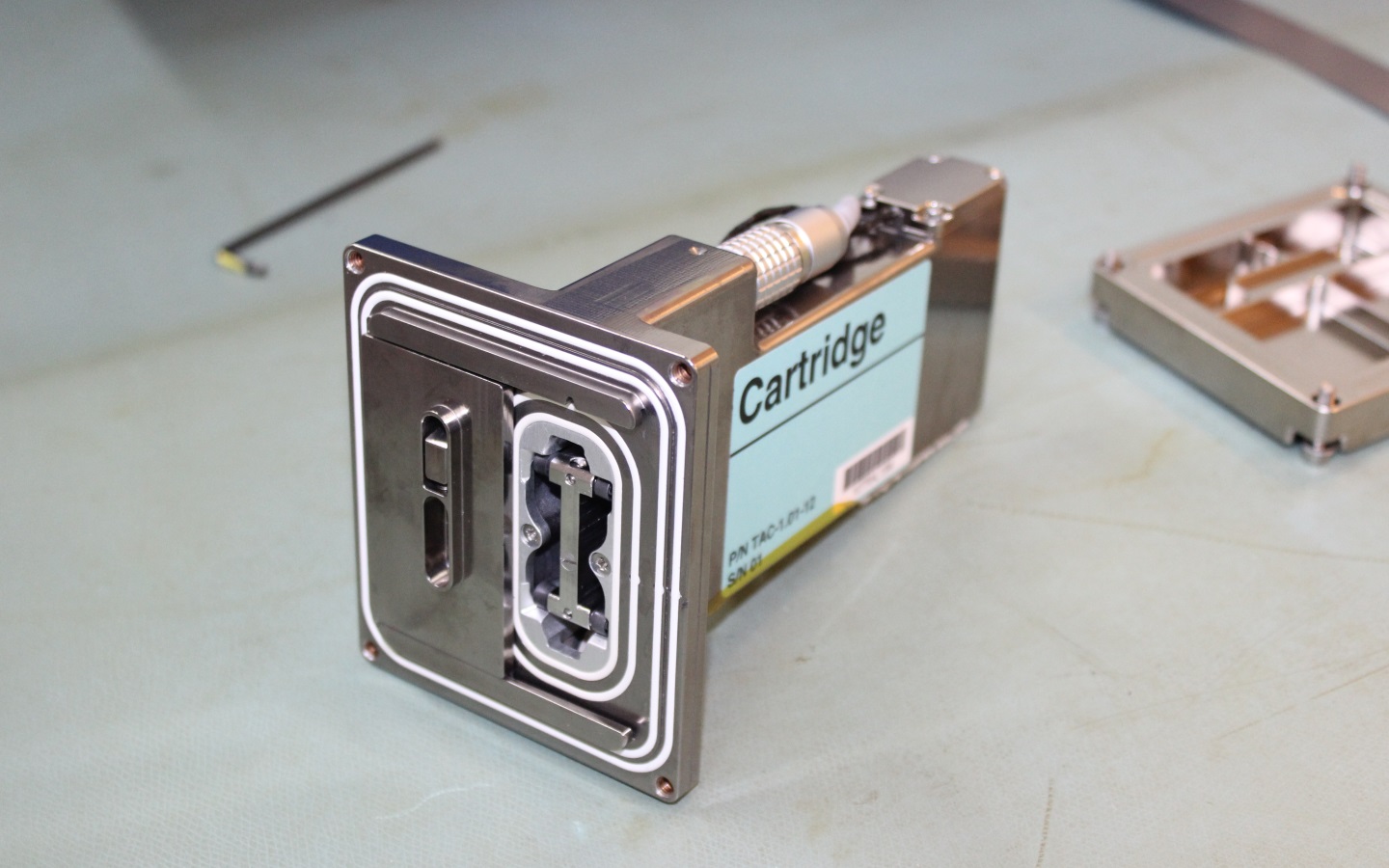 The TAC arrived safely to the Station and will now be used in the Transparent Alloys instrument itself (also made by QinetiQ), which is already on board the ISS, inside the Microgravity Science Glovebox host facility in the Columbus module. The instrument flew to the ISS on December 2017 and received high praise both from the European Space Agency (ESA) and the scientific teams working with it. The Transparent Alloys instrument aims at hosting experiments in the field of material science and more specifically, in the field of alloys.

Why does TAC matter?

And why is studying alloys important, you might ask? Alloys are mixtures of various metals. If you mix metals, you end up with a new material with different properties to the original. If you happen to find the right combination you might have discovered a revolutionary new material. Alloys have been vital to obtaining lightweight or resistant materials.

If we think about humanity’s progress, it has often been matched to its advances in metallurgy (i.e. the Bronze Age). Maybe we should name our time the Alloys Age as they are everywhere now, from rockets to mobile phones.

How does it work?

The Transparent Alloys instrument can be compared to a miniature toaster, in line with a small freezer, and two microscopes to study what happens in between. This is similar to a conveyor-belt oven found in factories or fast-food restaurants. The cartridges pass from the heating elements into the freezer at an agonizingly slow pace: they take upwards of two days to travel 1 mm, and the experiment runs on its own for several weeks. During this process in situ monitoring of the dynamics of physical processes during solidification under microgravity is possible.

The new cartridges – the TAC – are providing mixtures for new experiments. In fact, five different groups of scientists have or will use the instrument. This multi-user aspect was the main challenge for the design of the instrument as most of the parameters were variable: different sizes of experiment cartridges, specific optical requirements, and a large range of temperatures from -10°C up to +250°C. Furthermore, some of the experiment materials require three levels of containment for safety reasons.

The space team at QinetiQ has worked together with ESA and the science teams to accommodate their necessities and is confident the upcoming projects will be a success once again.