Unmanned vehicles are increasingly being used or adapted for a wide range of maritime roles, driving the requirement for vessels capable of launching and controlling such vehicles. QinetiQ’s Rob Warne unveils a new concept designed to meet that demand.

QinetiQ’s Concept Minerva combines a custom designed vessel that can operate air, surface and underwater unmanned autonomous vehicles, capable of carrying out tasks such as surveillance, mine hunting and search & rescue, with the platform containing mission and surveillance systems to support the autonomy roles.

Concept Minerva offers Command & Control (C2), situation awareness and delivery of effect for multi-domain Exclusive Economic Zone (EEZ) security problems through technical exploitation of threat behaviours, sensor utilisation, above & below water autonomy and platform expertise. Key to the Concept is the extensive use of unmanned systems, fully integrated into the platform and mission system. The solution implementation is underpinned by QinetiQ’s experience as a trusted partner to the Ministry of Defence (MOD) and its long history of delivering technical innovation.

At the heart of Concept Minerva is a capability demonstrator showing that a ship does not have to be large and expensive to be highly capable. It exploits intelligent systems, both on-board and off-board, to provide situational awareness and Command & Control capabilities, which enable reduced manning & equipment costs, while maintaining a high level of effectiveness. 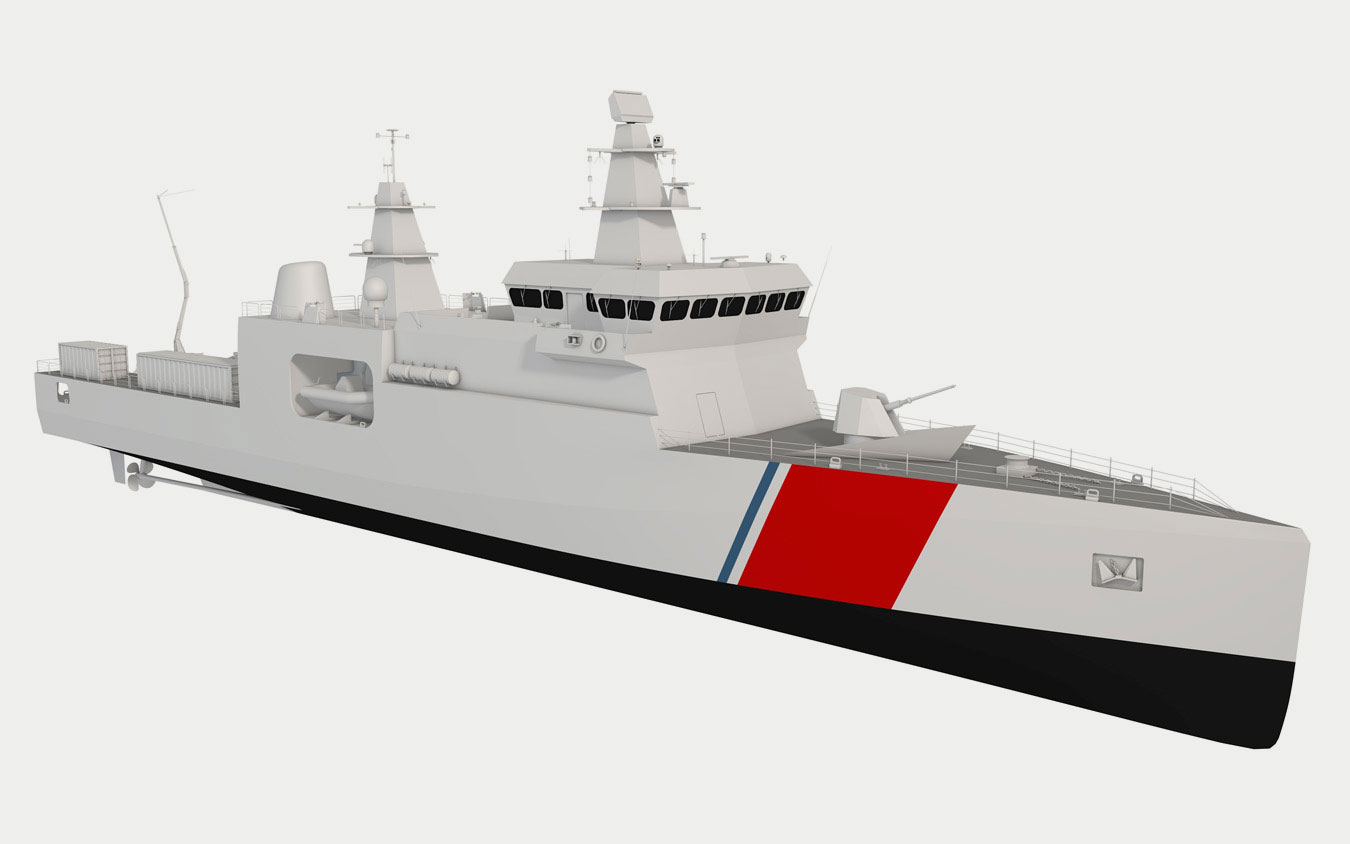 The C2 backbone of the ship is the ViewFinder Command & Control system sitting on a resilient high speed network and supported by QinetiQ’s situational awareness and sensor fusion applications. ViewFinder takes all the on-board and off-board platform sensor feeds, intelligence and encyclopaedic systems, and builds an easy to understand tactical picture and C2 interface, allowing the ships command team to maintain information dominance. ViewFinder is linked in to other platform systems such as the medium calibre gun and applications such as Pointer that allows targets to be displayed, tracked and prioritised for engagement.

Concept Minerva optimises off-board unmanned and autonomous vehicles to reduce operational costs and manning. The vessel comes fully fit to receive an organic Unmanned Aerial Systems (UAS) capability, able to operate fixed and/or rotary wing vehicles to carry out Intelligence, Surveillance, and Reconnaissance (ISR) activities. This capability enables operations at a fraction of the cost of a manned helicopter, while taking feeds from multiple vehicles to expand the surveillance area far beyond that of a single manned helicopter. The vessel will have a helicopter inflight refuelling capability (HIFR) to support helicopters cued in for rescue operations, and the UAS can be used as relay points for beyond line of sight communications between the ship and other assets for rescue coordination and other activities. 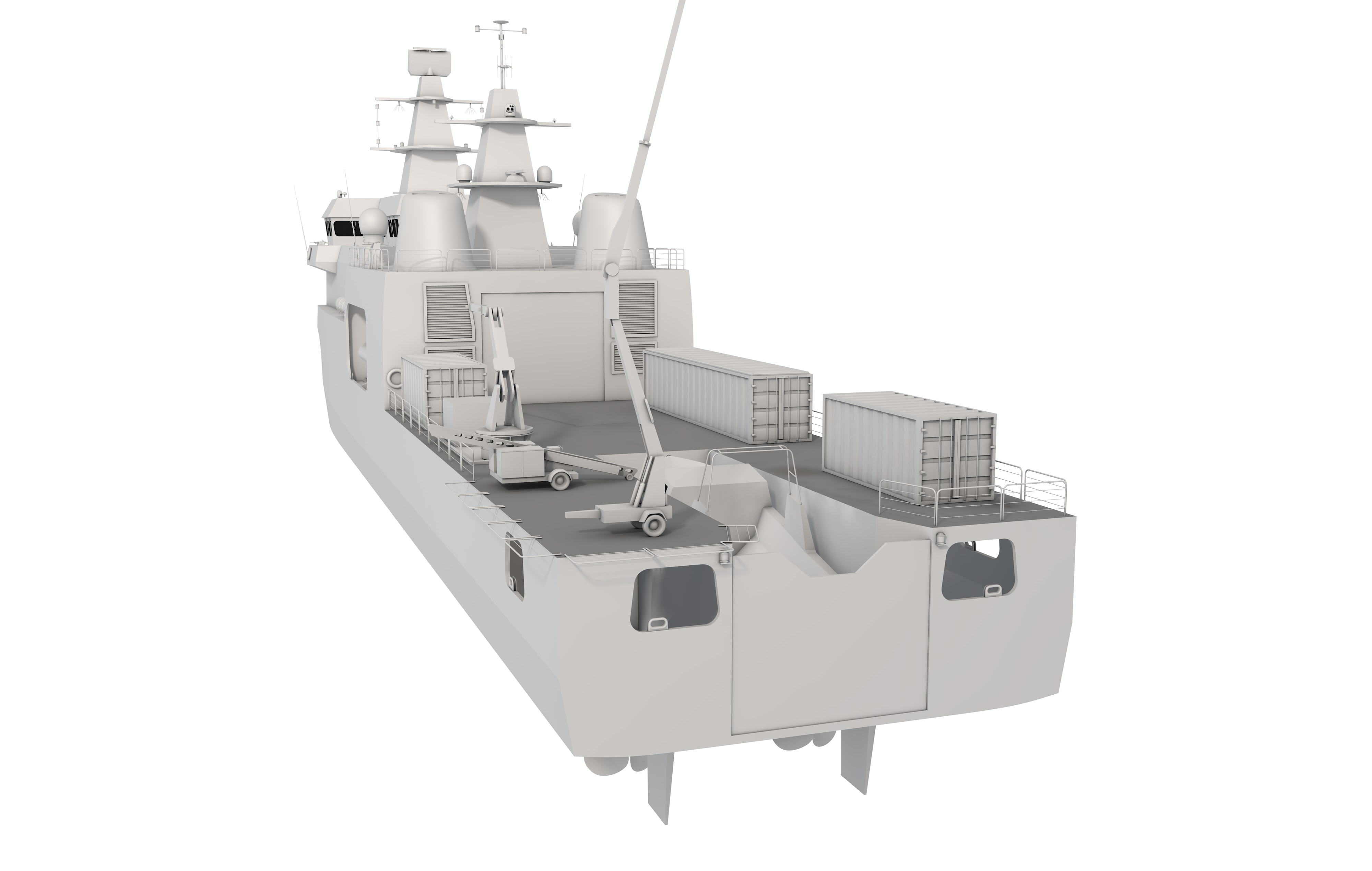 Further use of off-board systems can be made through the vessel’s modular aft deck, multi-function mission space and boat ramp. These can be configured to accept containerised mission packages supporting missions such as Mine Countermeasures (MCM), Constabulary & Security, Search & Rescue and Hydrographic Survey, featuring a tailored combination of vehicles, along with well-equipped workshops and handling capabilities. MCM operations will be conducted using a mother-craft Unmanned Surface Vehicle (USV) transporting Unmanned Underwater Vehicles (UUVs) to the minefield while the mother ship stands off at a safe distance.

Sarah Kenny, Managing Director of QinetiQ’s Maritime, Land and Weapons business, said: “Concept Minerva is a key milestone in our Autonomy and Mission Systems Campaigns, enabling us to develop a true System of Systems approach rather than concentrating on individual platforms and capabilities. Integrating and optimising the whole network of ship, air, surface and sub-surface autonomous systems presents significant technical and logistical challenges, and Concept Minerva enables us to focus on investing in the key components of what is a very complex jigsaw. Some of our initial work in this area has been showcased in Unmanned Warrior 2016. This exercise saw over 50 unmanned vehicles from over 40 organisations perform real military missions in the most challenging of environments, and much of what we have learned will be fed back into Minerva for further development and exploitation.”

Unmanned Warrior: breaking records, one vehicle at a time