Harnessing the value of rapid prototyping at early concept and design stages.

In this series of articles, QinetiQ experts outline how a modern Test & Evaluation (T&E) enterprise allows military customers to rapidly and safely experiment with new technologies and processes. This, in turn, enables them to evolve and create new defence capabilities to counter emerging new threats and get new technology and systems into the hands of war-fighters faster.

Previous articles in this series have examined the challenges facing the global defence market as it struggles to keep pace with new and evolving threats. As a result, defence platforms are becoming more complex; they need to be built and released into operational service faster, embracing technology and software advances, with rapid continuous upgradeability the norm to enable mitigation against new emerging threats. This must all occur against a background of shrinking defence budgets and a potential global recession.

Our article on Digital Thread and Digital Twin explored the benefits of creating an evaluation digital thread through life and highlighted some of the challenges that need to be overcome to achieve this. Here we focus on the benefits of creating an enduring digital experimentation environment that can operate across a programme enterprise and examine barriers to success. Such an environment would support accelerated concept and design evolution by enabling the integration of sub-system models from across the extended programme team, allowing rapid test and evaluation (T&E) of emerging designs within the context of the wider platform. By design, such a platform would progressively capture, store and manage design evidence from the outset of the programme to form the starting point for the through life evaluation digital thread.

Many defence companies are adopting intra-company model based systems engineering disciplines to drive down the costs and improve the speed of delivery of capability into operational service. However, as modern defence systems are increasingly composed of a deep integration of complex systems sourced from a wide team of partners and suppliers, the challenge becomes one of the ability of industry and government to collaborate inter-organisation.

A lack of common toolsets, the desire to protect corporate Intellectual Property (IP) and suitable IT infra-structure are the key reasons defence companies have cited for lack of collaboration. However, to really reap the rewards of modern engineering techniques within the defence arena, these are problems that must be solved.

Previously when organisations needed to share digital models for integration testing purposes one of two things would occur; either, models from one supplier were taken to the labs of another and tested together for a limited timeslot, or a representative model of the system to be tested against was electronically transferred (or sent via courier) to the subsystem manufacturer. The former incurred time delays in awaiting a convenient time-slot in the appropriate supplier simulation centre and the expense of travel costs, whilst the second approach often meant that out of date versions or abstract versions of models were exchanged in a bid to protect IP. Neither approach promotes an agile environment for rapid collaborative design testing which is vital to support the next generation of military capability.

Even if these challenges were not major issues, the creation of an interorganisation digital environment and associated IT network infrastructure, for a specific defence programme, was previously seen as cost prohibitive by the lead supplier or Government’s Defence Department where the costs would fall.

QinetiQ has spent the last 50 years designing, building and operating live T&E facilities for experimentation and testing on behalf of the UK MOD. Due to the increasing fidelity of platform and sub-system modelling, the adoption of model based engineering techniques and modern computer and IT technology, it is timely that we consider the evolution of the live T&E capabilities into a fully integrated live/digital environment allowing the injection of models into live trials and, by extension, supporting the digital-only environment for an entirely model based T&E capability, referred to here as the Defence Digital Experimentation Platform (DDEP).

Just as live T&E ranges are often supported centrally and offered as a capability to the whole of defence, the DDEP platform would conceptually operate in the same manner and so would not be beholden to a single programme to fund it but would be cost effective due to its potential use by multiple stakeholders across multiple programmes. 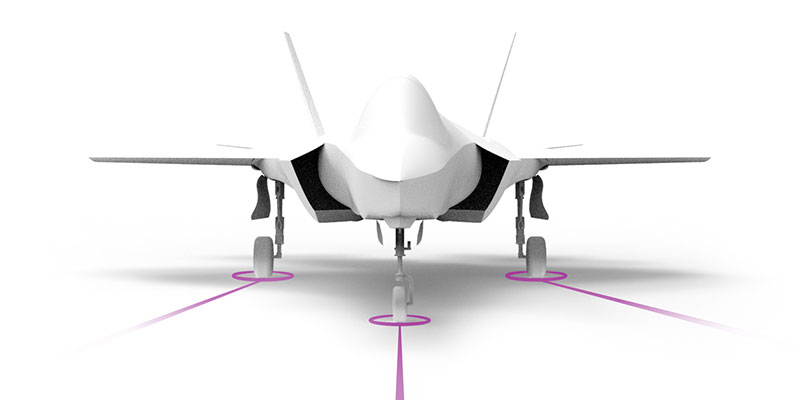 How would it work in practice?

DDEP would draw, as far as possible, on models declared by their owner as available and held at the owning organisations premises. A central portal would allow on-demand experimentation across the programme through managing access, the configuration of allowable trials and the logging of data and associated meta-data to populate the digital thread. It would enable rapid model to model tests to be performed by all members of the programme team without models leaving the owning organisations premises and without members having to travel.

So far we have considered DDEP from the manufacturer perspective. However, it would be a natural extension to include Government Departments and their supporting technical organisations. The use of common models across the programme enterprise, with the associated single thread of evidence, would support additional benefits such as efficient model verification and validation and progressive design qualification, certification and acceptance. If designed in an appropriately federated manner, the environment would also seamlessly transition to enabling progressive on demand hardware in the loop trials and ultimately to blended live/synthetic trials on T&E ranges.

DDEP is focussed on populating the digital thread that follows evidence that shapes and validates an evolving design from requirement, through concept to the detailed solution. Recognising that modern defence systems are a complex suite of sub-systems integrated onto platforms, supplied from a broad supply base, DDEP could provide an agile and flexible platform over which federated models, software and hardware can easily be integrated in a secure manner to allow rapid experimentation and testing. This would provide significant benefits to the defence supply chain through supporting:

We recognise that realising this vision is not purely a technical challenge, there are significant cultural and business challenges that need to be addressed. However, as the defence industry further consolidates to a smaller number of key manufacturers with their own areas of specialisation such as sensors or weapons, the time is right for a richer new form of collaboration that can reap the benefits of modern digital engineering and IT capabilities.

This approach is not a UK-centric pathway and applies equally to defence internationally. We firmly believe that adopting these ideas and developing tangible early instantiations of a shared environment will begin to generate a transformational approach to defence procurement globally. 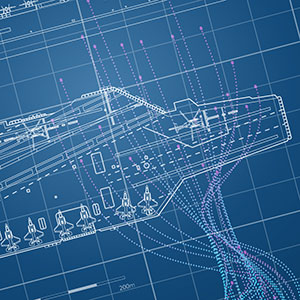 For more articles and videos, visit our Focus on Test & Evaluation page here

How does the Digital Thread work in defence?