It has been an exciting and thought provoking week at the Defence & Security Equipment International. An estimated 35,000 people have visited the show from countries across the globe. Our team on the ground share their thoughts on the final day.

It has been a busy four days at DSEI; jammed packed with seminars, meetings and opportunity. There is a growing positivity in both the military and industry that we are investing in the future and maintaining our battle winning edge. In addition to new platforms for the Army, Navy and Airforce, we are starting to see the benefit of funding in innovation, and a clear desire to recruit, train and maintain the people who make it all work.

QinetiQ has had it’s fair share of positives this week. We unveiled the next-generation Banshee target, secured a £67m contract to develop secure satellite navigation receivers, Dstl chose QinetiQ to lead a £3.2m contract to shape the UK’s future combat vehicle fleet and announced the formation of the iMAST team.

Three interrelated themes have stood out this year: robotics and autonomy, sensors/data fusion and people. AI and robotics are still hot topics in the media – who often extrapolating out to dystopian futures where ranks of robots face off in some form of automated Armageddon – good for selling papers but not for advancing logical debate. We have repeatedly heard over the last four days that UK armed forces doctrine, having a person in the loop making a judgement before an autonomous system takes action, is unlikely to change with the introduction of unmanned systems. 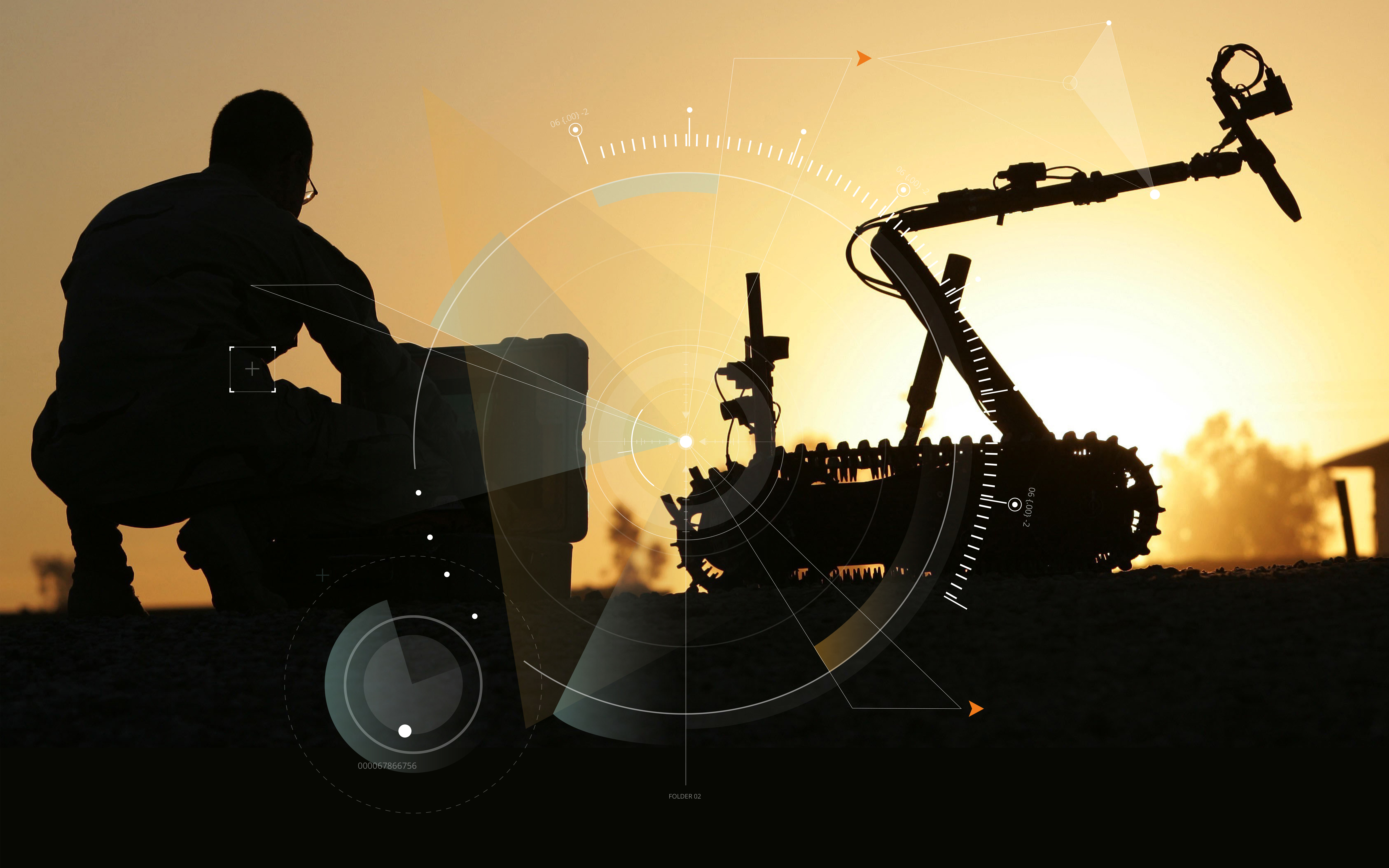 The value UK armed forces see in robotics and autonomy is three fold. Foremost is safety. For example, robotic minesweepers remove the need for sailors to enter danger zones and autonomous resupply vehicles replace trucks and their drivers – a dangerous job if the cargo truck ‘Bullet Magnet’ nickname is anything to go by.

The second point is battlefield effectiveness. Manned/unmanned teaming takes the sensor data and stopping power of an unmanned system and uses it to augment well-trained troops.

Data fusion and the electric battlefield

Fifth generation platforms and unmanned systems generate terabytes of data during the course of a mission. In fact, the F35 sensor package is so advanced that it is able to perform all the roles needed to detect, locate, identify and strike a mobile surface to air missile truck on its own in under 15 minutes – something that took a number of aircraft and 15 hours during NATO-led actions in Libya almost a decade ago.

The technology that enables data fusion on the battlefield exists or is in development. Secure 5G and satellite communications, lightweight batteries, centralised body-worn power grids, advanced sensors, machine learning/AI etc. However, our pilots, marines and soldiers risk paralysis by analysis if we, as UK Defence, can’t figure out more effective ways to derive insight from the vast amounts of information available.

Technology simultaneously increases the amount of data available to make decisions while reducing the time in which commanders and troops can make them. Future forces will also have to cope with the rapid pace of change in technology. All this requires a new mindset, new ways of recruiting and new forms of training. 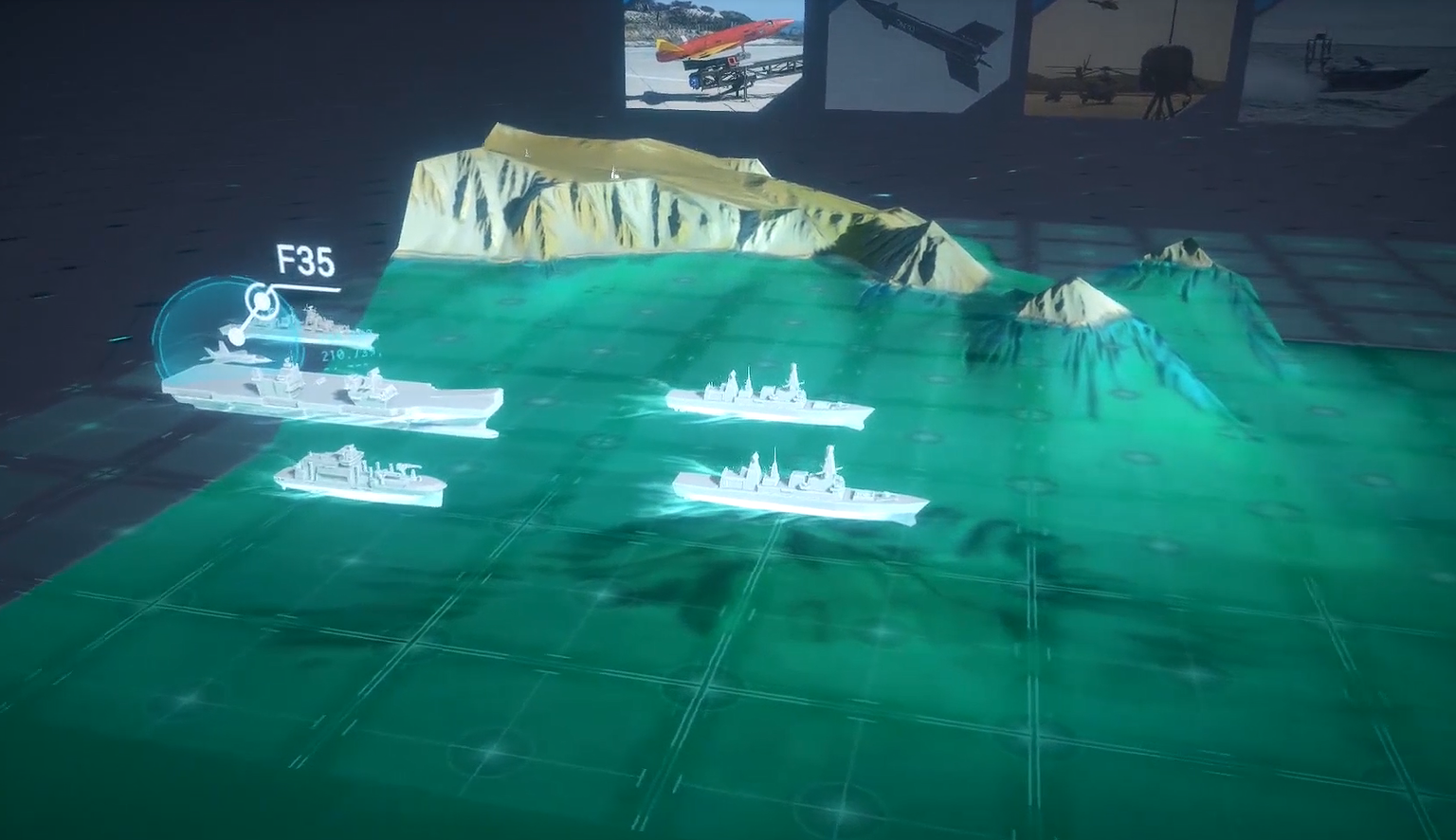 We are already able to blend simulated physical training with the synthetic, a carrier group on the MOD Hebrides Range working with aircraft at MOD Aberporth fighting against synthetic threats generated in Portsmouth. In the same way, training in the future will be ‘blended’ and able to bring people from across the world in virtual training environments

Soldiers, sailors and airmen will also need to train with their robotic comrades. They will need to understand how to work with code and their ‘AI’ assistants to derive insight from the weight of data produced by the electric battlefield.

Things are changing, and changing fast; UK Defence has shown it has the skills, funding and resolve to deliver battle-winning edge into the unknown.