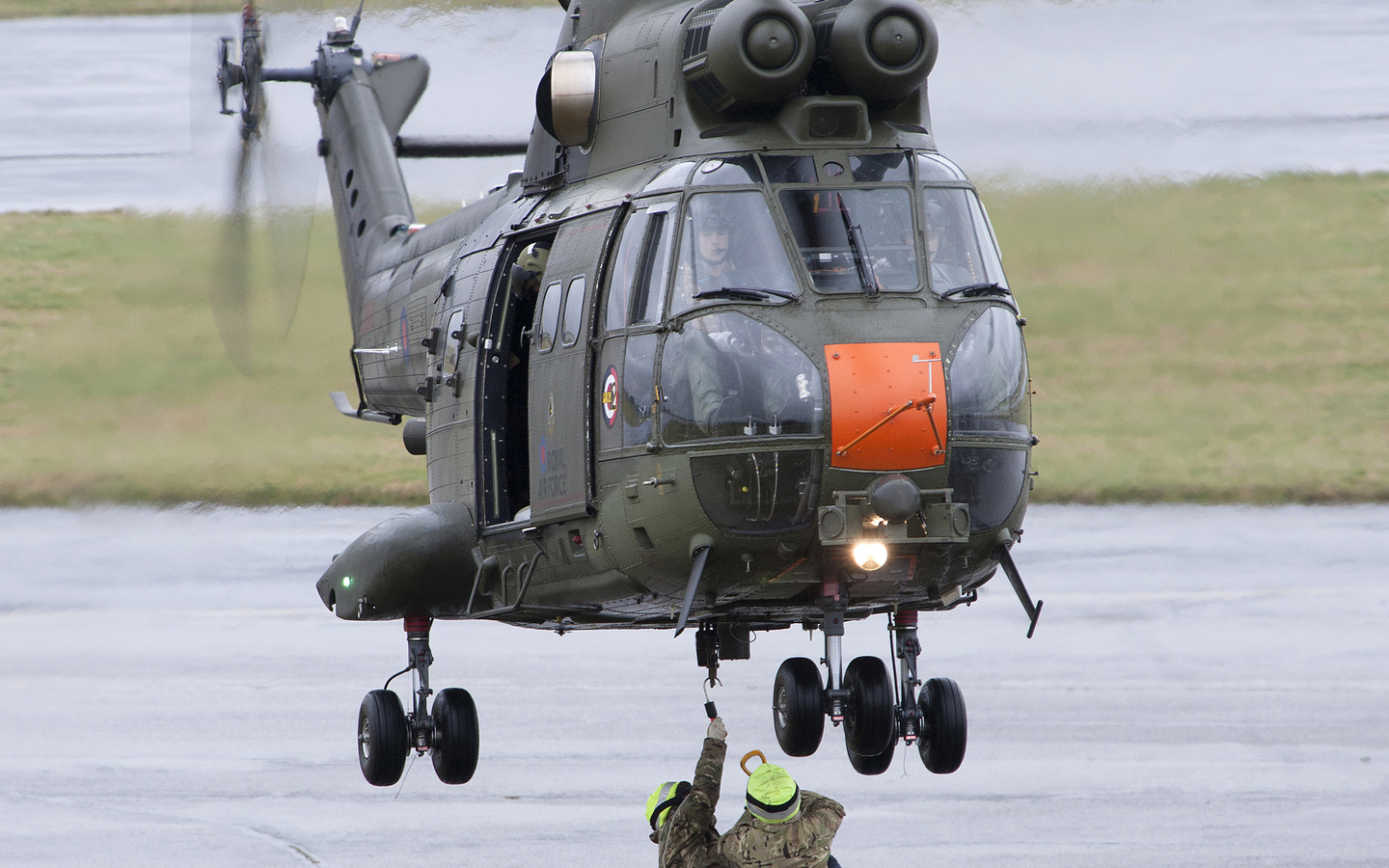 Our Aircraft Test & Evaluation Centre (ATEC) team at MOD Boscombe Down received an urgent operational request from the Ministry of Defence (MOD) to provide advice to clear the Puma Mk2 to carry underslung loads – i.e. sandbags – for the flood relief effort, with no compromises on safety and capability.

Fulfilment of this this request would bring the Puma Mk2 into action 13 months ahead of its planned Initial Operating Capability (IOC) date.

Our experts were already familiar with the Puma. QinetiQ had supported its update to Mk2 standard by conducting qualification and testing, addressing obsolescence issues, and enhancing safety.

The team sprang into action, analysing of the bank of previously accumulated test data and conducting a focused assessment. Because paperwork was already in place, they were able to schedule immediate testing. The expeditious reporting format developed and standardised by QinetiQ over the preceding two years meant reports could be produced on the same day as the tests were performed. 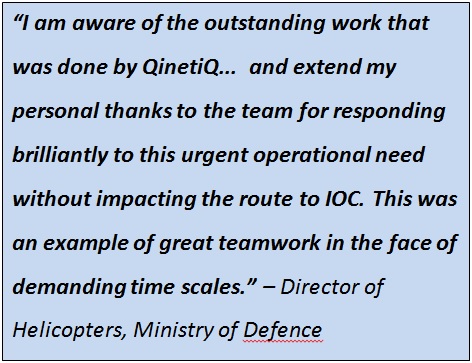 Just three days after the team received the urgent operational request, recommendations were provided allowing the Puma to be put on stand-by to carry underslung loads in support of the ongoing operation.

Over the course of 10 days the Puma force flew a number of sorties, demonstrating the aircraft’s ability to provide humanitarian aid and its suitability to operate in urban areas, thanks to its low downwash.

The achievement was made possible through close collaboration with the Joint Air Delivery Test & Evaluation Unit, DE&S Project Team, JADTEU and Release To Service Authority.