One Step Closer to Defending Earth from Asteroids

On November 24, NASA's Double Asteroid Redirection Test (DART) mission was launched onboard a SpaceX Falcon 9 rocket from Vandenberg Space Force Base. The launch was successful and soon after, the probe opened its solar arrays and established communication with the teams at mission control.

Later this year, DART will crash into Dimorphos - a 550 kg asteroid - to try to change the rock’s orbit. DART will be the first demonstration of the kinetic impactor technique, aimed at changing the path of an asteroid in space. Astronomers will then quantify the orbit’s change to assess if this technique could be used to displace a potential asteroid that could cross paths with Earth.

As already explained in our blog on Planetary Defence, the European Space Agency (ESA) will send the HERA spacecraft in 2024 to further observe the impacted asteroid. The HERA spacecraft is in development by an international industrial consortium under the lead of OHB company. QinetiQ is responsible for the design and development of the data handling subsystem, which involves an implementation of our in-house-developed third generation on-board computer (ADPMS-3 OBC). The on-board computer has four times the processing power of its predecessor (ADPMS-2), while being fully compliant to ESA’s latest design evolutions. 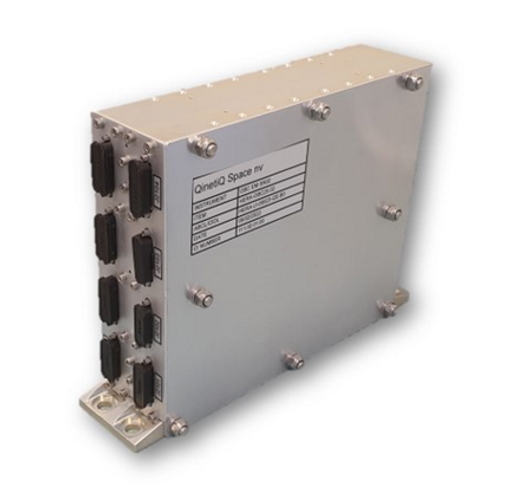 During test campaigns, we verify that all systems work as they should, but most importantly, that they do so in the two places where the hardware will have to survive: a rocket launch and space. For example, our OBC qualification model just spent two weeks in a vacuum chamber in ESA’s European Space Research and Technology Centre (ESTEC). The vacuum chamber replicates hard vacuum conditions and extreme temperatures, just like in space. Later on, the OBC will have to pass the vibration testing, aimed at replicating the shaking that spacecraft experience inside of a launcher going to space. Some exciting times ahead for the team at QinetiQ! 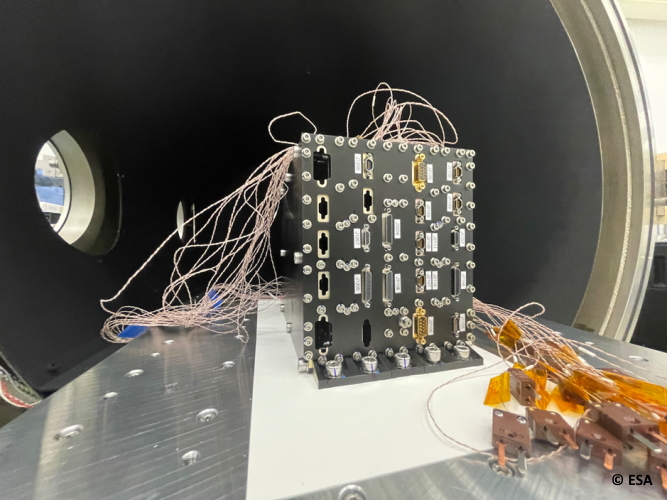