The event, which was held on UK Ministry of Defence (MOD) Ranges in Scotland and Wales in October 2016, spanned six weeks and took two years to plan.

We were proud to work alongside the Royal Navy as part of the Long Term Partnering Agreement (LTPA), providing expertise in logistics, communications, Range management and safety to ensure the event was successful. It was incredible to support collaboration that successfully enabled more than 40 organisations, 400 participants and over 50 unmanned vehicles to take part.

In the year since this record-breaking event, the team has been recognised for its incredible work, with individuals receiving personal commendations from the Second Sea Lord.

To celebrate looking back at the events of Unmanned Warrior, we've pulled together a case study that explains why it was so important and what it achieved.

A remarkable showcase for unmanned systems

Running alongside a major naval exercise, the large-scale Unmanned Warrior event used LTPA capabilities to demonstrate the power and potential of autonomous systems

Utilising Ministry of Defence Ranges operated by QinetiQ under the Long Term Partnering Agreement (LTPA), Unmanned Warrior was the largest ever event of its kind: more than 50 unmanned vehicles from 40 different organisations co-operated on missions in the air, on the water and below the surface. 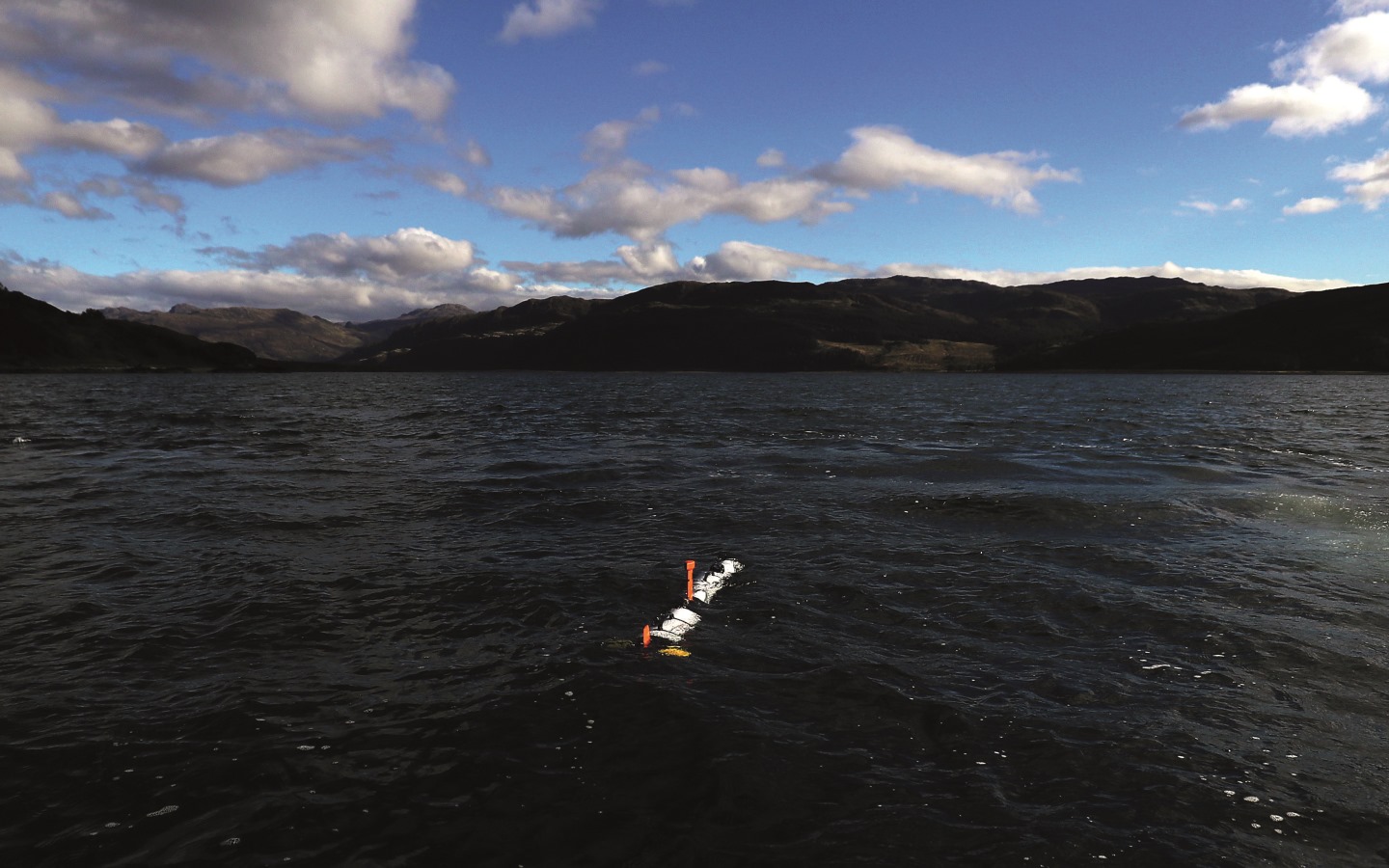 "The world’s first multi-squad multinational deployment of autonomous vehicles operating collaboratively in the air, on the water and below the surface."

With Navies around the world planning to deploy unmanned vehicles for a wide range of maritime and military tasks, the focus is on their potential to distance or remove human operators from tedious, mundane and dangerous activities in scenarios ranging from anti-submarine operations to surveillance and environmental assessments. In this environment, Unmanned Warrior was a response to a challenge by the UK’s First Sea Lord for technology providers, scientists, academics and military forces to showcase hi-tech systems that could revolutionise naval warfare.

“QinetiQ played a central role in Unmanned Warrior, from inception to delivery,” says Bill Biggs of QinetiQ’s Autonomy Team. “Through the LTPA, we provided logistics and Range management expertise to deliver safe and successful demonstrations. We raised the bar in multiple areas, from the systems deployed onwards; safety management, communications and collaborative working, to the approach taken with visitors, how we engaged with industry, and refined the event’s marketing approach and channels." Indeed, Unmanned Warrior set records before it had even started, with the UK’s biggest-ever mass deployment of ocean gliders to gathering geographical intelligence, surveying uncharted wrecks and underwater features.

Admiral Sir Philip Jones, First Sea Lord and Chief of Naval Staff, said Unmanned Warrior was driven by the Royal Navy’s belief “that unmanned and autonomous systems have the power to revolutionise naval operations. We’re eager to explore what we can do with this innovative technology in a realistic scenario, and we want to help industry understand how their latest equipment fares when put to the test.”

The Defence Equipment & Support (DE&S) Technology Office contracted QinetiQ on behalf of the Royal Navy to plan and deliver Unmanned Warrior, a task involving multiple agencies, organisations and requirements, with complex demonstrations taking place alongside NATO’s major Joint Warrior exercise. Unmanned Warrior proved to be the largest ever event of its type, comprising more than 500 participants, observers and visitors over six weeks, and with follow-on activity continuing for five months. As a collective investment, the activities and resources used to support and deliver Unmanned Warrior were estimated at more than £20 million.

“I am very grateful for the extraordinary support provided by all the QinetiQ Ranges staff throughout Unmanned Warrior. They have hosted, accommodated and facilitated UW16 across multiple sites with style and aplomb, and in doing so, have showcased the LTPA as a framework for more innovative use of MOD facilities.”

LTPA: ‘a framework for more innovative use of MOD facilities’

Most activity took place in northwest Scotland in late 2016, operating from the QinetiQ-operated MOD Ranges at Hebrides and the British Underwater Test and Evaluation Centre (BUTEC) at Kyle of Lochalsh. Other LTPA facilities used included MOD Aberporth in West Wales, together with QinetiQ sites at Portsdown Technology Park in Portsmouth and Haslar Marine Technology Park in Gosport, which come under other long-term contracts with the MOD. The latter was regularly used for planning and readiness reviews in the 18-month run-up to the event.

“It was clear the LTPA would be a highly efficient commercial mechanism to deliver the enabling services for Unmanned Warrior,” says James Anderson, Defence Evaluation Advisor (Maritime), QinetiQ. “As well as providing Range services and logistics to host the event at four UK locations, the LTPA was used to deliver underlying infrastructure for the command and control system, for mine laying and recovery, and to provide VIP hosting and media facilities at the QinetiQ-operated sites.” LTPA capabilities engaged for Unmanned Warrior extended well beyond Range facilities to include “providing subject matter expertise in support of safety, security, governance and other areas” and establishing the infrastructure to support a ‘pop-up site’ for anti-submarine activity at Stornoway, a remote commercial site without MOD facilities. The nature of the core LTPA contract and additional tasking worked extremely well for Unmanned Warrior, enabling emerging requirements and late changes to be accommodated as the planning process matured.

QinetiQ, with Dstl, also led an industry team including BAE Systems, Thales and Seebyte to provide the event’s overall command and control system: one aboard the multi-purpose auxiliary ship SD Northern River and the others on the LTPA Ranges at Hebrides and BUTEC. This contract was worth a further £4.2m.

Among its many firsts, Unmanned Warrior delivered the first direct comparative mine hunting trials between manned and unmanned platforms, the largest coordinated glider fleet in the UK covering a huge area providing near-real-time oceanographic data, more than 200 hours of unmanned intelligence surveillance flights including multiple first flights in UK airspace of unmanned aerial vehicles, and managing an integrated airspace covering both manned and unmanned operations.

Unmanned Warrior was highly successful, in terms of showcasing the LTPA as a framework for the more innovative use of MOD facilities and in its primary goal of raising the profile of unmanned systems to the 150 VIPs at the QinetiQ-operated Ranges and the Centre for Maritime Intelligent Systems in Portsmouth. Guests included naval and industrial representatives from 18 countries. In support of wider LTPA and MOD objectives, QinetiQ’s Bill Biggs says experimentation and demonstrations on this scale “are vitally important to unlock new operational concepts, to enable us to work in partnership with the end customer to fund and develop new systems.”