QinetiQ Australia’s expertise in delivering advanced, battlefield-ready technology to increase defence capabilities has been reaffirmed by the latest round of Defence Innovation Hub funding.

The Defence Innovation Hub announced the latest round of funding today, with QinetiQ Australia being awarded nearly $5 million over two years for the second phase of development for the Deployable Adaptive Smart Grid (DASG). 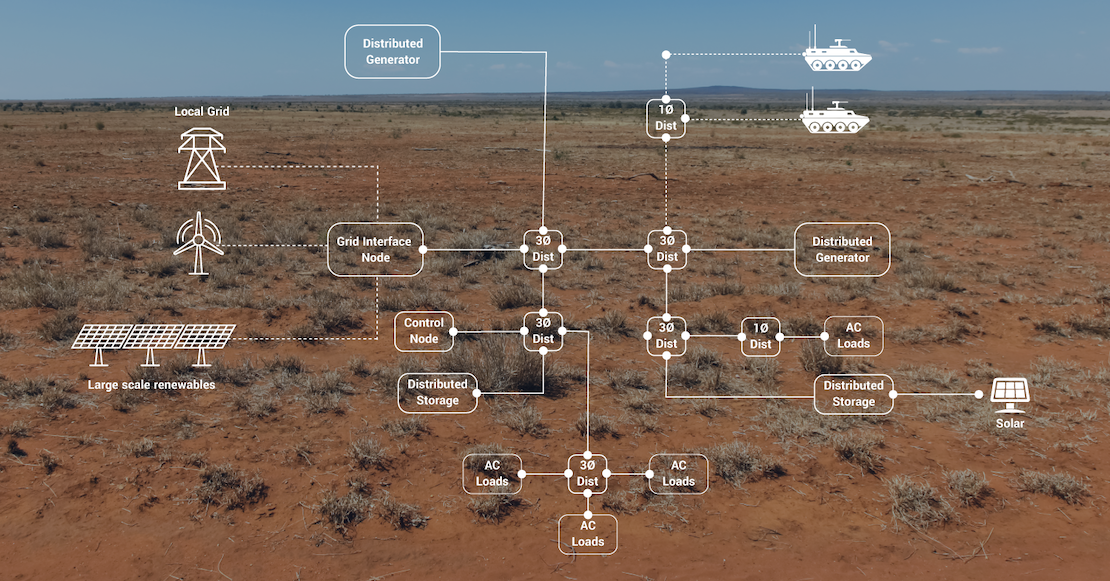 Supported by the University of Melbourne, QinetiQ Australia will develop and test the Deployable Adaptive Smart Grid technology for deployed military camps.

The smart grid technology will be designed to power a NATO standard 250-person camp but will be scalable up to power larger deployments such as Combat Brigade HQs, Deployable Joint Force HQs, Forward Airfields and 1000 person camps.

“The QinetiQ Power and Energy team are working with Defence to deliver the electrical systems needed to reduce fuel consumption and improve reliability today and to power the future electrical battlespace,” Dr Colin Cockroft said.

“QinetiQ studies have shown that it is possible to significantly reduce the amount of diesel used to generate electricity in the field while at the same time improving the reliability and quality of the electricity generated. Our Power and Energy team are working with Defence to make these improvements a reality.”

The modular power system can also be used for applications outside Defence, including humanitarian and disaster relief efforts, emergency services and remote mining work camps.

Prototyping and fabrication are expected to take place at QinetiQ’s Australian Engineering and Integration Facility, with development of the control algorithms taking place at University of Melbourne’s Carlton campus.

QinetiQ Australia will prioritise using Australian manufacturers and suppliers throughout DASG Phase 2, to encourage the development of Australian industry.