Our range of Electric Propulsion engines are robust, low cost and high powered systems designed for commercial and scientific applications. Our electric propulsion systems can be used for a range of missions:

The T5 thruster is a Kaufman DC discharge, gridded ion thruster with flight heritage on ESA’s GOCE mission, and with a number of key functional assemblies with heritage from the UK-10 thruster, flown on ESA’s Artemis satellite.

The T5 is particularly well suited for a range of applications, including constellations, in-orbit servicing, debris removal platforms or bespoke institutional missions such as GOCE. This sub 1 kW class thruster has an inherently wide operational envelope allowing performance to be optimised according to the mission requirements, trading-off between thrust level and fuel efficiency (ISP) for the available power.

The T5 Mk5a is an up-to-date thruster which addresses obsolescences from the MK5 GOCE design. The T5 Mk6 features design enhancements to improve robustness and increase the maximum operating capability. Stated performance is indicative and can be optimised according to mission requirements.

The T6 thruster is a Kaufman DC discharge, gridded ion thruster with flight heritage on ESA’s BepiColombo mission, for which four T6 thrusters form the primary propulsion system on the journey to Mercury.

The T6 is particularly well suited for GEO and MEO applications and high power interplanetary missions such as BepiColombo. This 5 kW class thruster has a wide operational envelope and can produce thrust in the range 24 mN to 230 mN with fine control at specific impulse (ISP) up to 4000 s. Setpoints in the range 75 mN to 145 mN have been qualified for BepiColombo and extensive testing has been carried out in the range 24 mN to 165 mN. Stated performance is indicative and can be optimised according to mission requirements to trade-off between thrust, ISP and lifetime.

The T7 thruster is a ring-cusp DC discharge, gridded ion thruster, and its development builds upon the heritage of the current T5 and T6 Kaufman type ion thrusters developed by QinetiQ. It is a larger thruster than its predecessors with an open grid area of 30 cm.

The T7 ring-cusp thruster development is being conducted in response to the market need for high-power gridded ion engines with improved capability in terms of lifetime and power to thrust ratio, whilst also addressing the need to produce a reliable and commercially competitive recurring product. The T7 thruster is currently targeting a thrust level of up to 250 mN and a specific impulse of up to 4000 s 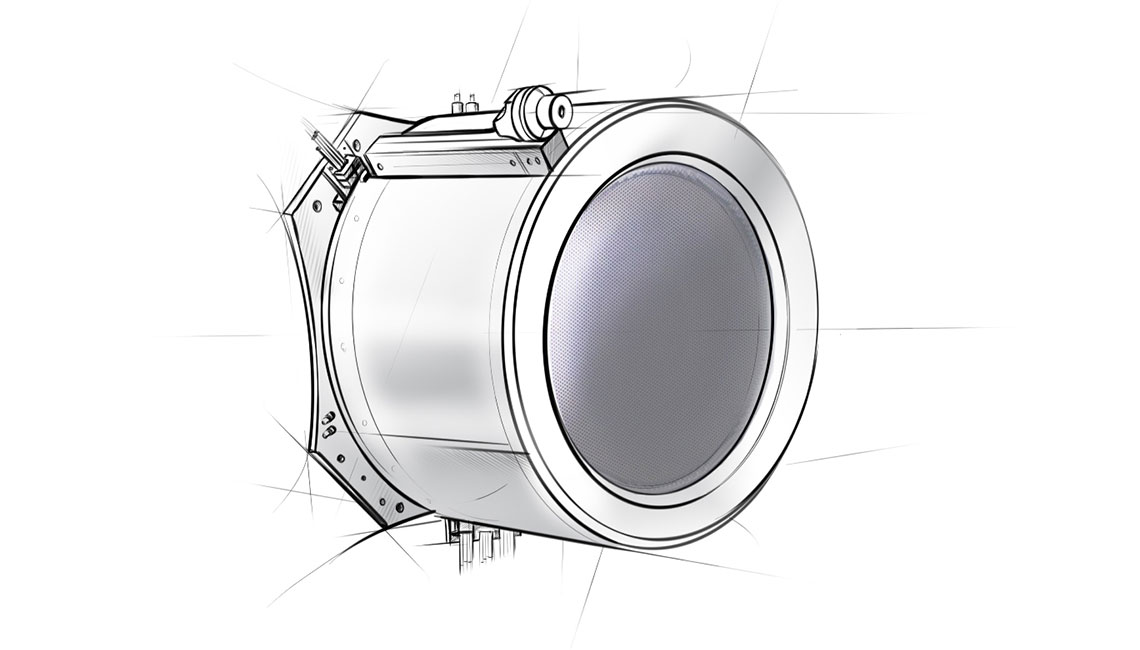