A Giant Sculpture of a Hawker Typhoon built by QinetiQ’s apprentices has been a feature of this year’s Chalke Valley History Festival held near Salisbury last week drawing the crowds as well as some aviators who have spotted the huge aircraft from above!

The larger-than-life Hawker Typhoon Mk1b Sculpture has been an enrichment project for QinetiQ Early Careers but has also been supported by a number of groups including the QinetiQ Aircraft Engineering Centre during its build on site with many taking the opportunity for some real ‘Team Building’.

Nicked-named “Tiffy” by its pilots and ground crew, the Hawker Typhoon Mk1b played a significant role in D-Day and the invasion of France. The project is part of QinetiQ’s approach to building its future capability, supporting apprentices to develop new skills and experiences, while helping to celebrate a ground-breaking aircraft at a world-renowned historical festival.

The Sculpture was built in sections by apprentices with a range of local schools and cadets contributing to the project as a STEM (science, technology, engineering and maths) activity. The design and build phase took approximately eight months. 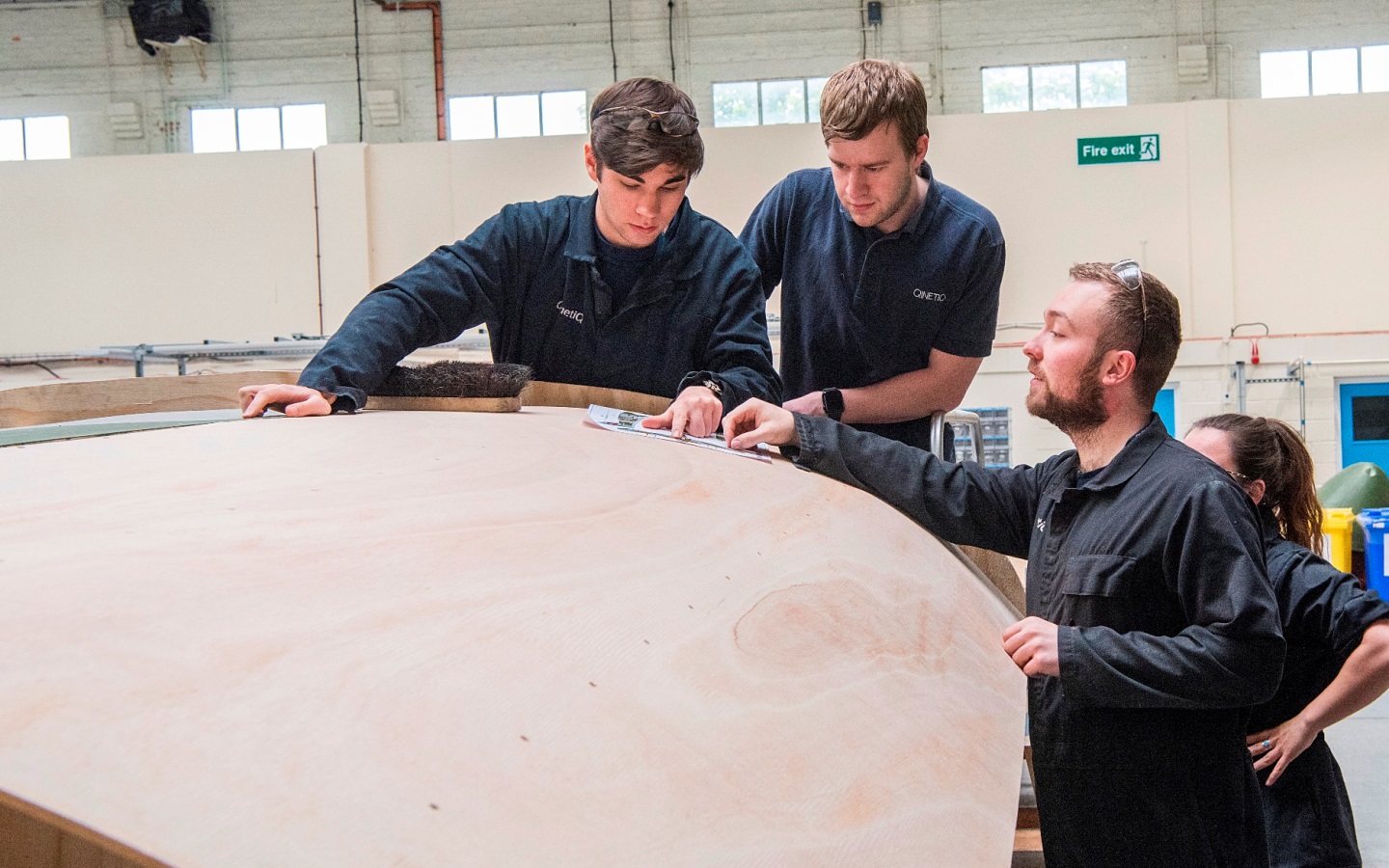 The sculpture was unveiled on 24 June as part of the opening ceremony of the Festival and its 75th Anniversary of D-Day commemorations, honouring those who flew to liberate Europe during the Second World War.   The Opening event was attended by veterans of the D Day campaign  as well as pupils of Broad Chalke Primary School.

Built from a range of recyclable materials, including machined polystyrene, steel and modern building components, the sculpture has been painted to represent a Hawker Typhoon Mk1b RB396. The real RB396 is currently being restored to flying condition to become the only airworthy example in the world.

The Project began last October with a presentation to the apprentices by historian, James Holland, and Sam Worthington-Leese who is the future pilot of RB396.

The Hawker Typhoon was tested extensively at A&AEE Boscombe Down (where the sculpture was built 75 years later - possibly in the very location where the real aircraft may have been hangered!) The information generated during the testing and evaluation of the aircraft during the Second World War allowed the wing design of the replica to be as accurate as possible.