Super-efficient ‘electric engines’ set BepiColombo on its trajectory to Mercury

The QinetiQ-engineered Solar Electric Propulsion System (SEPS) on board BepiColombo, the joint ESA/JAXA spacecraft on a mission to Mercury, has now begun propelling the Mercury Transfer Module (MTM) to the heart of our solar system. 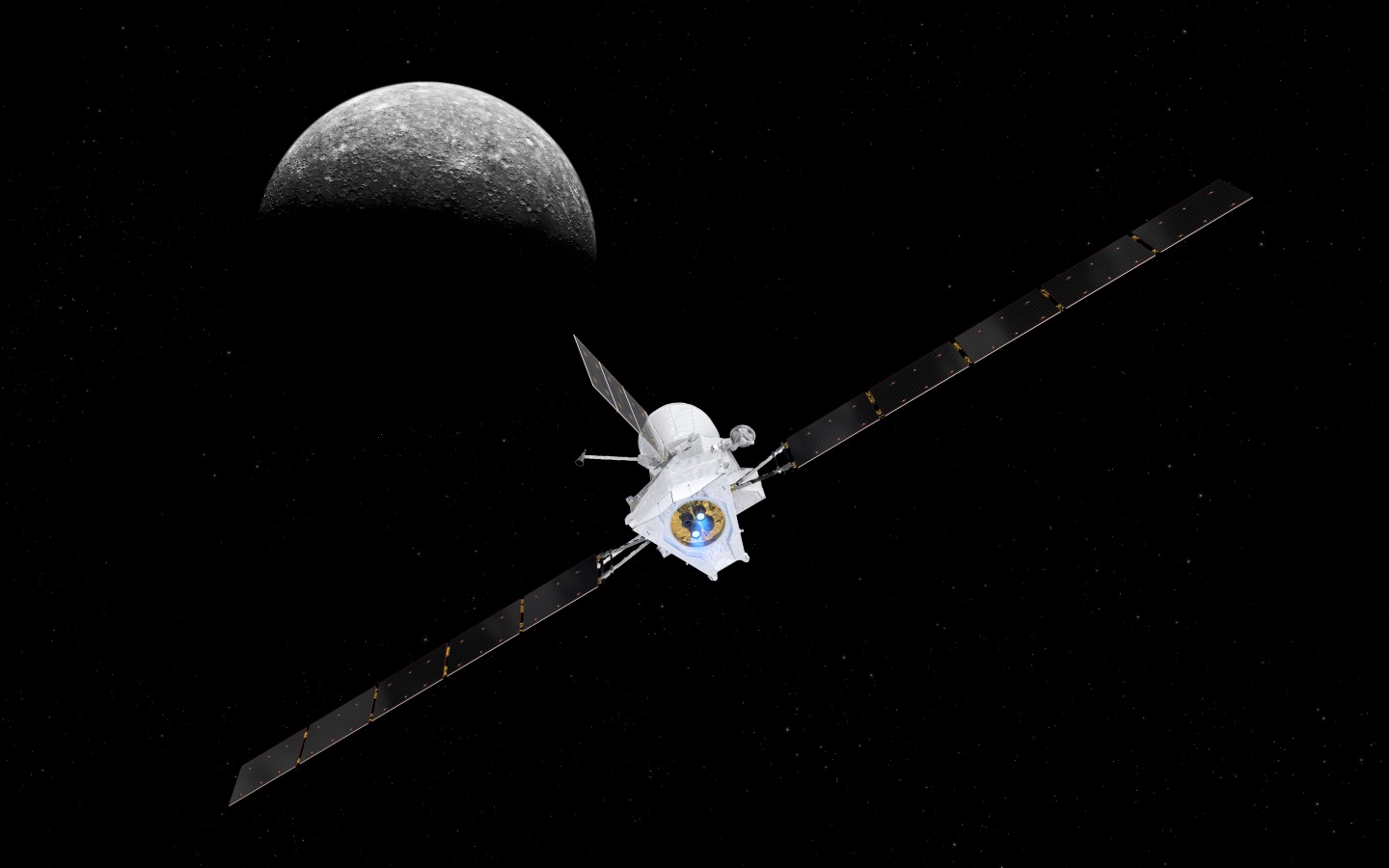 The QinetiQ SEPS is the most powerful and high-performance electric propulsion system ever flown. Its super-efficient T6 thrusters enable the spacecraft to reach maximum speed with minimal fuel consumption, using electricity generated by solar panels to produce charged particles from xenon gas. A beam of these charged particles, or ions, is then expelled from the spacecraft to propel it forward. The thrusters will be used for interplanetary travel, running in pairs in order to share the workload.

The BepiColombo spacecraft left Earth on 20 October aboard an Ariane 5 and the engines were first powered up on 16 November to undergo testing, the first time the engines had been fired in space. Each thruster was brought to life, warmed up, and then taken to full power individually – a force of 125 millinewtons (mN) – and then in pairs. This week saw the QinetiQ SEPS begin the first of the 22 planned ion thrust arcs that will steer BepiColombo on its interplanetary trajectory.

The high-tech electric propulsion system is a significant space engineering achievement, which is making a major contribution to one of the most advanced and ambitious missions ever launched. Developed by a British-led multinational team, the consortium includes world-class engineers from Bradford Engineering in the Netherlands and CRISA in Spain, and worked with Airbus at Stevenage, responsible for integrating the engines into the spacecraft.

The SEPS is enabling ESA to address key mission challenges, including those presented by the Sun’s enormous gravitational pull. The system will provide the low thrust required for the spacecraft to continuously ‘brake’ against this pull during the journey to Mercury. In addition, the xenon gas burned by the thrusters requires 10 to 20 times less space on board than chemical fuel, freeing up capacity for more than double the scientific equipment to be transported to Mercury.

Peter Randall, QinetiQ’s Systems Engineer – Electric Propulsion, said: “The development of the SEPS system powering the mission to Mercury is a brilliant example of what British engineering can achieve, in collaboration with partners from Europe and the US. Together, we have changed the way we travel in space. We’re pleased to say that all four thrusters survived the launch and are operating perfectly in flight, performing well within expectations, and ready to start their important work.”

The spacecraft will arrive at its destination in late 2025, where it will gather data during a one-year nominal mission, with a possible one-year extension.