Designed for discretion and engineered to operate in the planet’s harshest environments, it is the most robust, effective and reliable commercial TacSat in the market. Powered by Iridium satellite technology, the 100% BLOS, Push-To-Talk device keeps you connected through a highly-resilient network, while end-to-end encryption protects your information and allows you to operate without constraints. Encrypted GPS-based position location information offers real-time situational awareness and supports rapid decision-making.

Bracer is the ideal choice for the often-neglected contingency and emergency components of PACE plans, offering reliable communications and situational awareness when primary and alternate communication technologies fail. Download our application note here for a full illustration of how Bracer can be used to mitigate risks in remote operating environments.

Keep your communication lines open and your frontline secure.

Bracer sets the standard in secure commercial satellite communication. Combining user-controlled end-to-end encryption with global satellite coverage, it is the most robust, effective and reliable commercial TacSat in the market.

When applied to the PACE methodology, the system can be employed across all aspects of PACE to either provide Primary communications or as an instant failover to the other systems. It can also be employed to complement Primary and Alternate systems as part of link engineering, whilst providing situational awareness in the background, enhancing capability.

Primary. The primary means of communication is usually a robust, high grade encrypted digitised military system that operates within the VHF/UHF frequency band.

Alternate. If the primary system fails then the user is required to switch to the alternate system which is likely to be based on a complex and high grade encrypted system, which is part of a wider Combat Net Radio programme. The user will usually experience some loss in capability when using the alternate system.

Contingency. Due to budget constraints, this gap area is often masked by the use of mobile phones, which cannot be relied upon in the operational domain as it is neither reliable nor secure.

Emergency. As with Contingency solutions, little investment is given to Emergency systems and the available technology’s capability has dropped significantly from the primary system.

Responsive, reliable, simple and secure, Bracer increases reactiveness, enhances situational awareness and passage of information, improving the ability to prosecute effective Command and Control and can increase the speed of the decision making cycle. Bracer is the ultimate PACE solution that seamlessly bridges the gap across the Primary, Alternate, Contingency and Emergency requirements delivering secure voice, data and positional location reporting.

Download our application note here for a full illustration of how Bracer can be used to mitigate risks in remote operating environments. 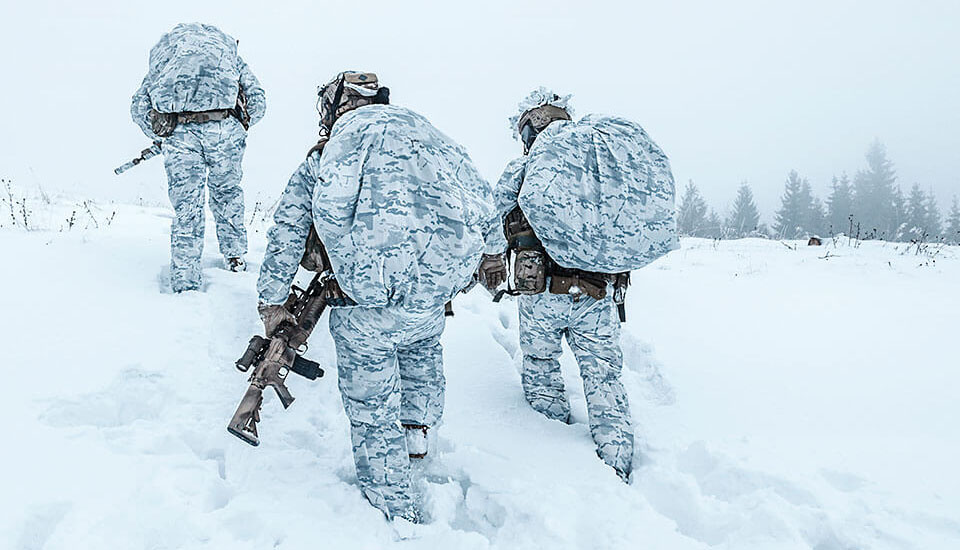 With Bracer, you can configure global coverage in seconds, so that when time is of the essence securing communication lines is simple. Putting the power to configure coverage in the hands of the user, Bracer allows instant handset reconfiguration over the air. 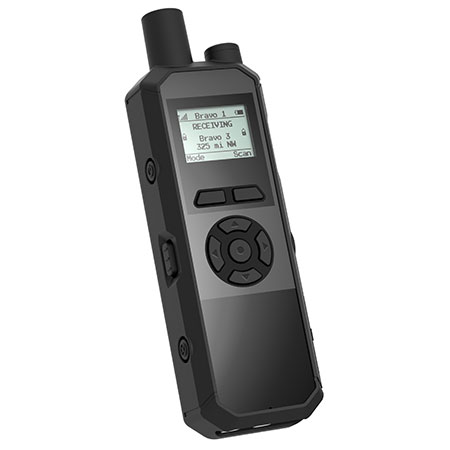 To provide Command, Control and Coordination in support of Border Force Protection is a complex task. Security Forces face the challenge of communicating in all types of environments (land, air, maritime, mountainous and urban). The distances can be extensive and often go through areas where it is uneconomical or unfeasible to be support by terrestrial infrastructure. Bracer Secure Satellite Push-to-Talk system provides a simple solution that can complement existing radio systems or become the primary capability in its own right.

Agile and Scalable. Bracer provides communication without range constraints for an unlimited amount of handsets in a Talkgroup. It can be set up in seconds, both in vehicles, maritime platforms, headquarters and on the person.

Low Position Location Reporting. The very low latency position location reporting system (500ms), provides accurate and near-real time tracking for every handset so that commanders have immediate understanding of personnel and platform locations. The system pushes and can pull information as required. This aids with quick deployment of resources that are best situated to react to an incident.

Emergency Alert. Asset Tracking is also supported with an emergency alert function that is received in seconds by all handsets in the Talkgroup – Reducing reaction times.

Easy to Use. As an intuitive system the training for users is minimal.

Perfect for PACE. It can be used as a Primary or Alternate system, or be used in the contingency or emergency role depending on the scenario. The user makes the choice. This assures communications to ensure seamless connectivity.

Rapid deployment and Movement at Speed. Bracer will tolerate movement up to Mach 2.0 and therefore is a system that could be implemented into the air domain. It can be fitted to a vehicle within seconds giving a user the flexibility to move with operational need with whatever platform is available.

Low Cost Airtime. Satellite airtime is notoriously expensive. Bracer is powered by the Iridium PTT service which is a very low cost in comparison to other satellite systems. It is affordable to those that may have previously discounted satellite services on financial grounds.

Bracer has in built end to end encrypted (FIPS 140-2 Level 3) position location reporting that is received by all handsets within a Talkgroup. This powerful capability tracks handsets at approximately 500ms from the point of transmission to point of receipt. Each handset can push its position reports with every voice call, a waypoint option or if the device moves more than 500m/1000m/2000m from its last report location (depending on user selected setting). It also has a pull function where a handset can request Position Reports immediately from other handsets within the Talkgroup or be set up to pull at periodic intervals. Unlike many other tracking systems there is no back end infrastructure requirement and the information is received directly from the Bracer Handset. This reduces latency with receiving reports and negates the requirement for a secondary bearer system to link into a separate network.

Position Reporting on PTT service. Position reporting is delivered through the PTT service as a background activity to the end to end encrypted Voice. Tracking does not use the Short Burst Data service therefore this reduces the requirement for multiple service billing and reduces airtime costs.

Position Location Picture. Once the Bracer position reports are received they can be ingested onto a laptop/PC/tablet and overlaid onto a GIS mapping system. This provides accurately placed icons allowing for an instant pictorial view of the users disposition. This is a versatile and highly mobile approach to receiving the tracking picture. Currently the system outputs in .kml and Cursor on Target (CoT).

Emergency Alert. As part of the position reporting is an emergency alert functionality which gives instant notification to all users within a talkgroup. Each user receives an audible tone, a distance and direction to the activated handset allowing for an immediate situational awareness and allows for quick responsive action. 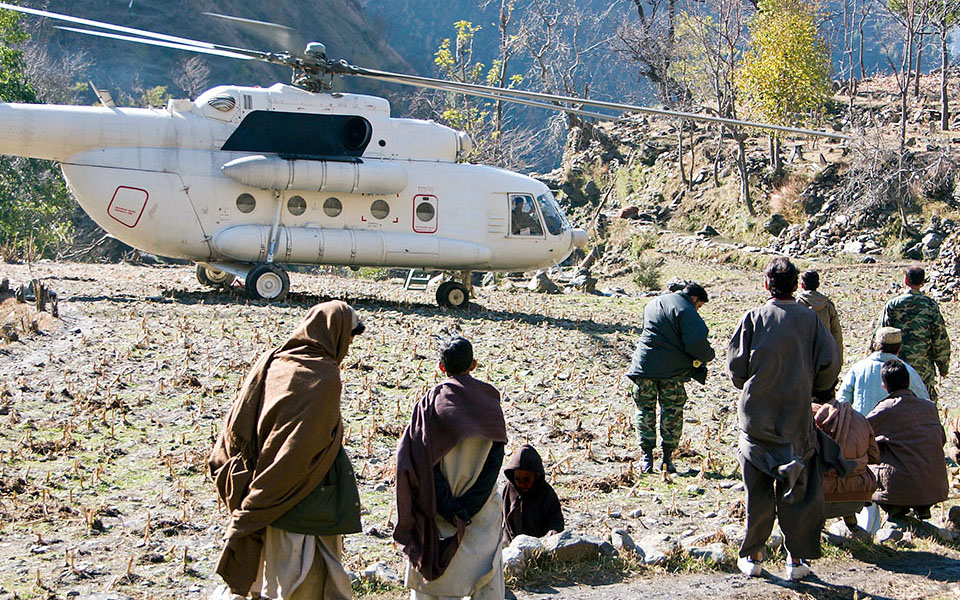 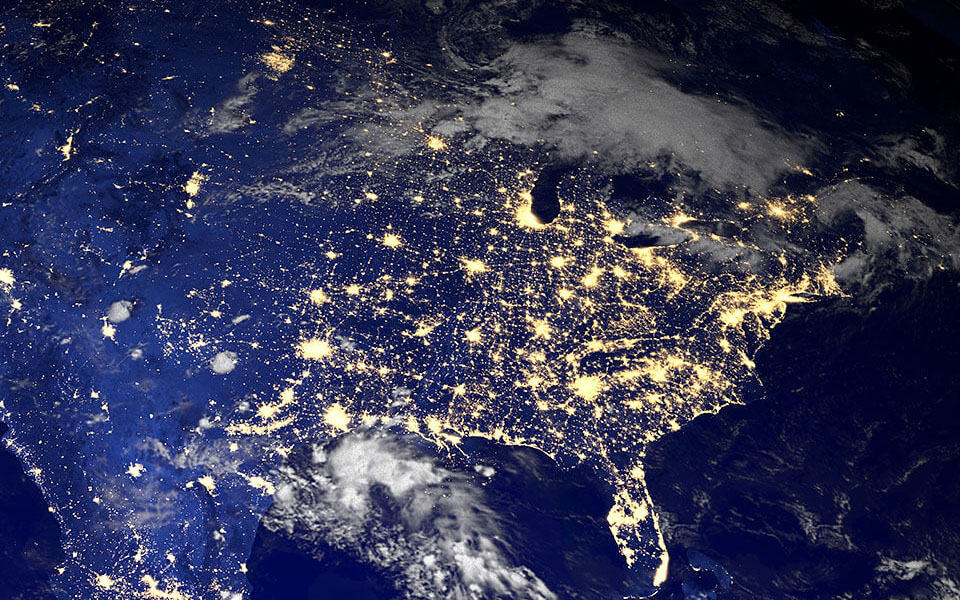 Bracer delivers elite functionality at a fraction of the cost of military alternatives, meaning keeping connected doesn't have to affect the bottom line.

To buy the Bracer Push-To-Talk product, or discuss its class-leading capabilities in more depth, please contact one of our global partner network:

Why PACE Implementations Fail to Deliver Assured Battlefield Communications
The challenge of delivering assured communications in the tactical battlefield.

Discovering the Need for Better PACE Implementations in 1990s Bosnia
How critical it is to have assured battlefield communications and the impacts of not having them.