A series of live firings of the Brimstone precision strike missile from a Eurofighter Typhoon have taken place at MOD Aberporth adding enhanced capability to the aircraft. Chief Engineer (Combat Air), Simon Walker, looks at QinetiQ’s crucial role in the Eurofighter Typhoon enhancement programme set to be rolled out across the Royal Air Force (RAF), ensuring Typhoon remains at the cutting edge of combat capability. 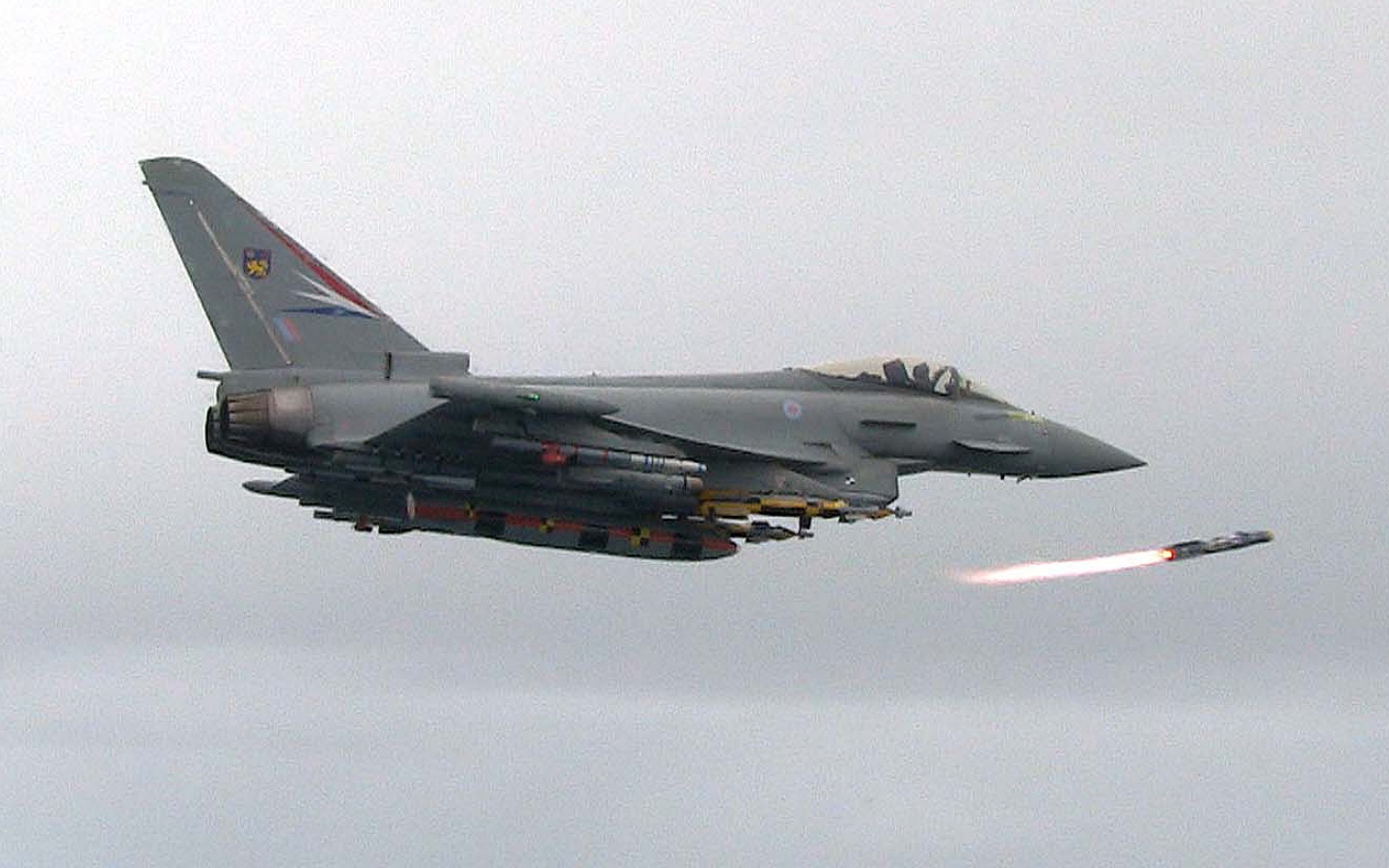 A large Project CENTURION banner above Typhoon Team desks at MOD Boscombe Down represents current challenges and the focus of collective efforts of our teams in supporting the delivery of packages of new capability for RAF Typhoons. The capability is being delivered by industry in a series of packages known as Phase 2 Enhancement (P2E) and Phase 3 Enhancement (P3E).

Brimstone is part of the P3E package – the final part of Project CENTURION – the programme to transfer Tornado GR4 capabilities to the Typhoon for the RAF. Aircraft with cutting edge combat capability should be in service next year. We’ve had a strong relationship with the Typhoon since before its entry into service. Over the past two years, though, Project CENTURION has set the required tempo for the introduction of P2E and P3E capability, including MBDA’s new Meteor Beyond Visual Range air-to-air missile and the smooth transition of Tornado GR4 Storm Shadow and Brimstone missile capability onto Typhoon.

Colleagues from across QinetiQ sites have been doing their bit to ensure that safe and effective Typhoon capability will be delivered to our front line on time and on budget. Our work, throughout the life of the project includes Integrated Test Evaluation and Acceptance (ITEA) planning, the collection of valuable test evidence from trials, the independent technical evaluation of industry safety artefacts and supporting the RAF’s operational evaluation (OpEval) trials.

Typhoon Brimstone development firings at QinetiQ MOD Aberporth is an excellent example of collaborative working in support of CENTURION and was recognised as such by our customer FAST PT. The data from the firings will underpin safety arguments ultimately supporting the Initial Operating Clearance (IOC) and Release to Service (RTS) for Brimstone 2 with Typhoon next year.

Further support to Brimstone 2 IOC and RTS continues as our Air & Space business evaluates evidence gathered in trials and provides independent advice to our customer.  This builds on the work being done at P2E where, in our Independent Technical Evaluator (ITE) role, we complete our assessment of earlier industry Qualification and Certification evidence for the integration of Meteor and Storm Shadow missiles which includes evidence gathered from industry missile releases supported by MOD Hebrides and MOD Aberporth. Delivering value in the ITE role requires timely access to industry evidence.

Wider collaboration between our Air & Space business and BAE Systems (a Eurofighter Partner Company), has enabled more timely availability to us of industry evidence. This has gone a long way to addressing a long-standing technical challenge of the sheer amount of time spent accessing evidence.  To boost collaboration several of our Engineering and Operations people are integrated with BAE Systems teams to help alleviate the inevitable bottle-necks associated with the high volume of Certification and Qualification output for CENTURION’S P2E and P3E phases.  Working together, we are always looking for more ways to mitigate CENTURION programme risk.

We deliver through-life ITE for Typhoon in partnership with the RAF’s Air Warfare Centre (AWC). This delivery partnership is known as the Air Test and Evaluation Centre (ATEC). At MOD Boscombe Down and our office at Warton we’re working with serving military personnel conducting Typhoon evaluations on Storm Shadow and Brimstone.

A key element of the delivery partnership is 41 Test & Evaluation Squadron (41TES) and its military test pilots based at RAF Coningsby. The Squadron provides much-valued input into multi-disciplinary evaluations of new CENTURION capability in support of our ATEC Current Advice (ACA).

The ACA is the key IDT product delivered under our Strategic Enterprise contract.  All-in-all, a highly integrated team of around 70 engineering, project management, military and other supporting staff were working hard to deliver ITE from across the country including our sites at Bristol, Farnborough, Malvern, RAF Coningsby,  MOD Boscombe Down and our office at Warton.

41TES also separately conducts OpEval on Typhoon CENTURION capability for MOD. This OpEval provides senior commanders with an assurance that the aircraft and weapons system perform as expected, and provides front line units with guidance in pilot training and aircraft operation.

Whilst the content and reporting of OpEval is an Air Warfare Centre (AWC) responsibility, its initial phases, OpEval A and OpEval B are being flown within an ATEC trials ‘wrapper’ within a QinetiQ airworthiness clearance produced by our Release Airworthiness Team at MOD Boscombe Down and largely based on the work already done by colleagues conducting ITE.

Direct support to 41TES is provided by our resident team at RAF Coningsby.  Additionally, throughout the first phase of the OpEval, our test engineering specialists supported the flying which, for some, meant undertaking long periods of detached duty.

As this first OpEval phase draws to a close with over 200 sorties flown, we are preparing to support OpEval B, including the first Service firings of Meteor and Storm Shadow missiles from Typhoon. OpEval B will start shortly and will again see QinetiQ and the AWC work hand-in-glove to progress what is, effectively, the largest Typhoon flight trial ever undertaken by the ATEC partnership. Our combined aim is simple: to ensure that CENTURION is safe and ‘front line ready’ at the earliest opportunity.