Adopting twins: will defence be next?

An extract from TechWatch Edition 5 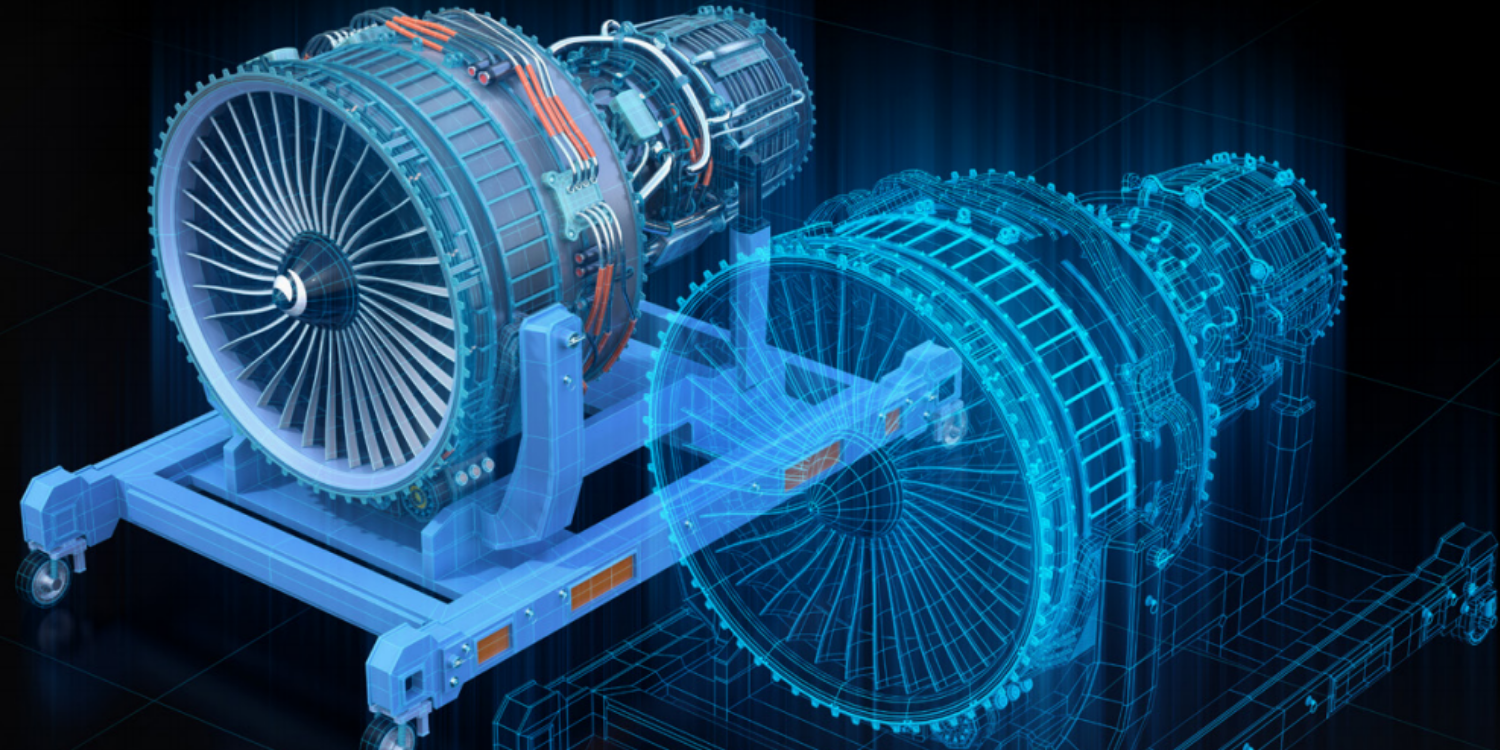 The Ford Motor Company has a couple of new pets. Spot and Fluffy are dogs that run around its Van Dyke Transmission Plant all day, every day. What makes them different is that they are robot dogs.

They don’t bound across the floorplate to guard equipment or make friends with workers. Instead, using laser scanners mounted on their backs, Fluffy and Spot scamper around the plant, collecting the data needed to build a detailed model of the entire manufacturing organisation. This sort of model is called a ‘digital twin’ and Ford’s engineers will use it to work out how to rearrange the production line to build new parts.

In today’s digital world, almost everything we do generates data. Each step of translating an idea into a physical product generates strands of valuable digital information – collectively known as a ‘digital thread’.

This thread is a single ‘library’ of digital assets and data, stretching from initial design through to finished product, and onwards into operational use – incorporating everything from engineering to financial data and beyond. In complex projects involving many organisations, this digital thread can be accessed by anyone involved, at any point in the chain.

An effective digital thread allows the rapid and accurate creation of ‘digital twins’. In Ford’s case, this is a twin of a production line - but a digital twin can equally be a virtual model of a process, product, or service, all built using data from a digital thread. This allows teams to see how a product or service responds to different changes, updates and stimuli, all before committing the time and money to build it in the real world.

The result? Better outputs, delivered in less time and at a lower cost. In many sectors, the use of a digital thread and digital twins is fast becoming established practice. A recent Gartner report suggests that 75% of companies involved in the Internet of Things plan to use digital twins in their businesses.

Take NASA, which uses them to develop next-generation vehicles and aircraft. Or Petrochemicals giant Chevron, which expects to save millions in maintenance costs when it deploys digital twins in its infrastructure in 2024. Even healthcare is looking at ways to improve patient care and outcomes by creating digital twins of organs to test radical procedures and treatments. Can the same thinking be applied to defence and security?

On the face of it, it would seem so.

Digital twins, and the digital threads that underpin their creation, allow more powerful collaborations - which are critical for success in everything from force design to new capability development and even operational performance.

It’s about connecting machines, information, and people across complex, long and disparate processes - where multiple parties both contribute to and access the collective data generated by each other’s work.

They also allow testing before building, providing a way to see how individual elements of a capability will interface and interact - before making any expensive manufacturing commitments. This helps users to see the propagating effect of their decisions, upstream and downstream, before such decisions are made.

This could be revolutionary for defence and security, where the level of complexity and interdependence creates the need for a shared single source of truth.

But there are three significant barriers to the adoption of the digital thread, in an environment where this level of data sharing is vital and troublesome in equal measure.

Impediments to the thread

The first challenge is the complexity of the environment itself. Changing the nature of how an entire sector captures, uses, shares, and treats complex data in a highly sensitive environment is difficult.

Where to start is an initial problem. Organisations might be unsure of who the key stakeholders are, what functions or departments will be involved, which partners sit in the supply chain and what skills are needed to develop a framework.

They must also identify what new product lifecycle data needs to be captured, over and above what has traditionally been collected. Is this just about analytical and computational models, or does it also encompass functional models, embodied models, and even metadata derived from day to day activities?

The second barrier is the connectivity that must be built between the different approaches that different organisations already use. Difficulties are posed by the logistics of controlling data distribution between a wealth of different digital architectures and software tools, all of which need to be joined together in a coherent, simple way. It is unlikely that companies will simply abandon the approaches that already work for them, so this will continue to be a major sticking point.

The third barrier is that defence industry organisations must change the way that they think about protecting IP. There is a strong appetite for progress, but it is often overruled by the entrenched mindset that this would constitute ‘giving away IP’. This is not universal. Engineers in defence and security positively rely on this level of collaboration and collective problem solving, based entirely on trust. Commercial leaders across defence should look carefully at how engineers currently share knowledge without exposing IP.

Enjoyed this article? This is just one section of our Testing and Assurance Deep Dive from TechWatch Edition 5, here