It’s hardly fair to compare commercial sectors (such as automotive, manufacturing and shipping) and defence in terms of technological innovation. Timeframes are different, and defence rightly demands a level of assurance from technology that is rarely seen in the commercial world. However, in the development of stealth and sensors, the vast majority of breakthroughs (at least until recently) have stemmed from defence.

Today, academic institutions increasingly partner with SMEs to develop rapid technologies, and commercial organisations vastly outspend defence on R&D and innovation programmes. So, what can defence learn from the commercial world in order to stay at the forefront of technology development in sensing and processing? 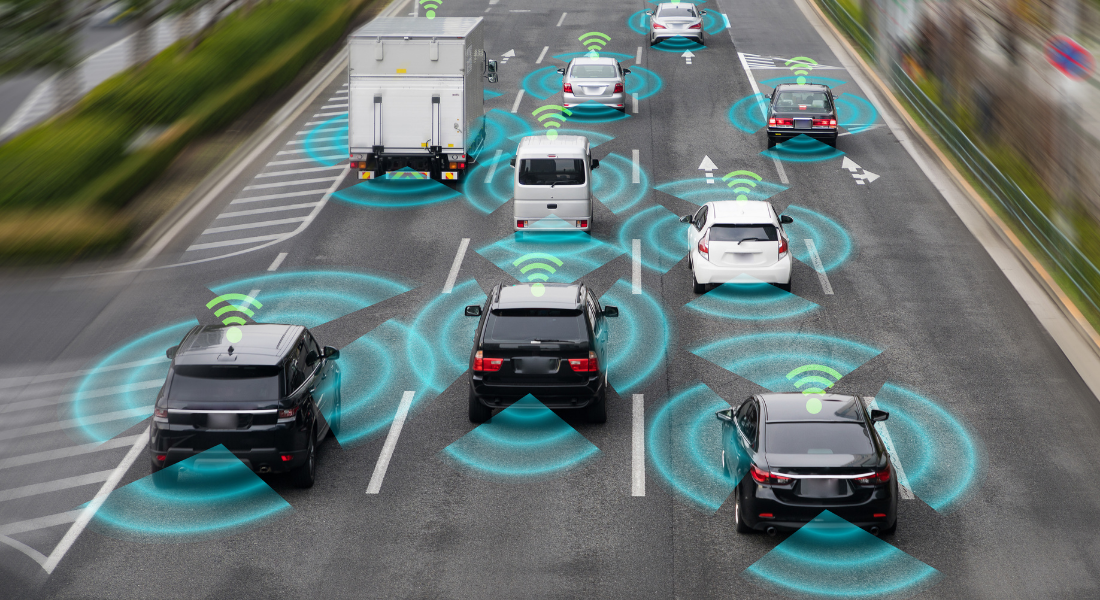 A number of sectors have achieved interoperability through the collaborative development of common standards and architectures, perhaps most notably telecommunications. Competing telecoms companies realised in the late 1990s that web browsing using mobile handsets would depend on a common technical standard for accessing information over wireless networks. They formed a working group that led to the introduction of the Wireless Application Protocol (WAP).

In the sensing domain, common, modular, open architectures across capabilities will allow a flexible ‘plug and play’ approach to the reuse of sensor subsystems. It will also open up the innovation space, allowing for more input, particularly from innovative smaller players, who may be able to improve existing sensor capabilities - whilst negating reliance on any single source for maintaining or improving the capability.

One highly successful example is the camera - which has seen over a century of military use, and is now also a mainstay of civil life. Cameras (and many of their supporting technologies, like image processing) benefit from a range of open standards. This has helped to make the creation and dissemination of visual media nearly ubiquitous today.

But a move towards such open systems requires a move away from ‘platform primacy’ or ‘vendor lock’. For example, a prime may offer to ‘open’ a sensor platform, but charge more highly to do so. This, obviously, is a problem, particularly when budgets are tight. So, a widespread move to open architectures may require buyers to put their feet down.

Regardless, opening systems up won’t be a panacea. Increased options for integration will require greater work to ensure that the right components are actually integrated. But there will, at least, be more options to choose from - and more possibilities. Open systems will also present challenges around test and evaluation (T&E) and certification. For example, how do you prove that the update just installed into a targeting system will still perform under the most extreme of circumstances, and won’t introduce any unintended side-effects?

#2: Consider ‘capability as a service’ for certain, complex sensor capabilities

Software as a Service (‘SaaS’) is a licensing and delivery model in which software is provided on a subscription basis and is centrally hosted. One of the main benefits of SaaS is that the customer is able to access the capability, without actually having to own the capability (with all of the costs and additional work this may entail). There are numerous examples of private companies that have used flexible SaaS infrastructure as a means to tightly control technology costs whilst scaling or pivoting their business.

This, of course, is not a common way of thinking in defence, which, for numerous and valid reasons, prefers ownership of its assets. There are also concerns around the reliability and security of cloud-based services.

That said, there are examples of a similar ‘capability as a Service’ model working in practice. For instance, the UK’s Skynet satellite, which was handed over to private operation in 2003, and its latest iteration will be operated by Airbus. And in the UAV space, QinetiQ was awarded a contract in 2019 to operate unmanned aerial craft on behalf of the Canadian armed forces.

Academic research, funded by science councils, is often disconnected from research being done in defence. Frontline commands need to know useful developments are occurring in academia, in order to steer the direction of that research.

The UK is widely acknowledged as a world leader at the academic level in sensing - with many promising technologies in the pipeline and various private spin-off companies progressing these technologies. But the struggle is in bringing these potential capabilities to application. This is partly due to a lack of industrial infrastructure, and a broadly unified vision in sensing.

Some means of incentivising, supporting, and coordinating broader collaboration across industry, academia and defence is required. Engaging with academia and industry at the early stages, whilst encouraging more information transfer between companies could reduce both lead time and costs for technology.

In the UK this is handled by Defence Science and Technology (DST), which, amongst other things, sets the overall direction for UK science and technology (S&T) and shapes policy to maximise its impact.

In the US, the Defence Advanced Research Projects Agency (DARPA) operates in a similar capacity. It has recently begun a project called ‘Automated Implementation of Secure Silicon’ (AISS). Its stated aim is to ‘explore the development of a novel design tool and IP ecosystem - which includes tool vendors, chip developers, and IP licensors’. The goal is to address cybersecurity risks at the hardware level, a growing security threat.

The Sensing Innovation Leadership Council (SILC) is a voluntary group sponsored by Innovate UK (the United Kingdom's innovation agency) and is designed to facilitate the development of the innovation ecosystem for sensing systems in the UK. SILC recommends the creation of a centre for sensing technologies - which could serve as an accelerator and a focal point that could bring the development of these disparate sensing technologies together into a unified strategy, and grow sovereign capability.

Again, it is hard to make a direct comparison with the civil sector - which often has the luxury of a less constrained supplier base, less complex projects and accountability only really to its shareholders. Nevertheless, some comparisons can be made.

‘Solutioneering’ describes a focus on the technical details of a solution, at the expense of the problem the solution means to solve. This can be caused by engineers focusing too heavily on the novelty of a technology, or when requirements are unclear. In defence, this can play out as follows: the more a buyer specifies what they want a capability to do, the less flexible (...and perhaps less innovative) that the vendor’s response will be. For example, specifying ‘it requires a radar to detect a target’ is a less malleable requirement than ‘it requires a sensor to detect a target’. As a result, the buyer might get what they want, but not what they need.

This can result in those responsible for tenders being unsure of how to evaluate unusual new innovative ideas, or promising technologies that are outside of the procurement brief being rejected. The avoidance of solutioneering in the sensor space may necessitate a cultural change in procurement and some more flexibility in how requirements are initially specified, and then reviewed over time.

Of interest here is Dstl’s ‘Small and Medium-sized Enterprise (SME) Action Plan 2020-2025'. To quote the plan’s foreword, written by Dstl Division Head for Defence and Security Analysis, Rob Solly: “Dstl are excited by the prospect of working further with SMEs to develop and exploit new technologies and innovative… offerings… this Dstl SME Action Plan sets out how we intend to make it easier for SMEs to do business with us…”

For decades, technology transfer has tended to move from defence to the civil sector. For some examples in sensing, consider Birmingham University’s work on the cavity magnetron. This led to Raytheon’s work on microwave radar transmitters in the mid 1940s, which eventually became microwave oven technology. Or the complementary metal oxide semiconductor (CMOS), initially developed at NASA’s Jet Propulsion Laboratory, and which is now ubiquitous in modern cameras.

And, whilst it is likely that defence will continue to seed the private sector with innovative new technologies, it is likely that the relationship will become more reciprocal. Considering how advanced R&D in the commercial sector has become, defence must not try to reinvent what has already been developed elsewhere. The US officially recognised this as far back as 2014 with its Third Offset Strategy, which introduces the formation of a Long-Range Research and Development Planning Program, and a strategy to assimilate technologies from the private sector.

A mindset shift may be required here: accepting that much of the innovation in sensing’s underpinning technologies now comes from the commercial sector, and that this cannot be ignored. This may also require a change in the assurance process - for example, the repurposing of technologies that were developed for other (namely commercial) purposes.