The first Airbus H125 helicopter decorated in the new ETPS livery has arrived with QinetiQ at MOD Boscombe Down, in the latest addition to the school’s modernised air fleet. 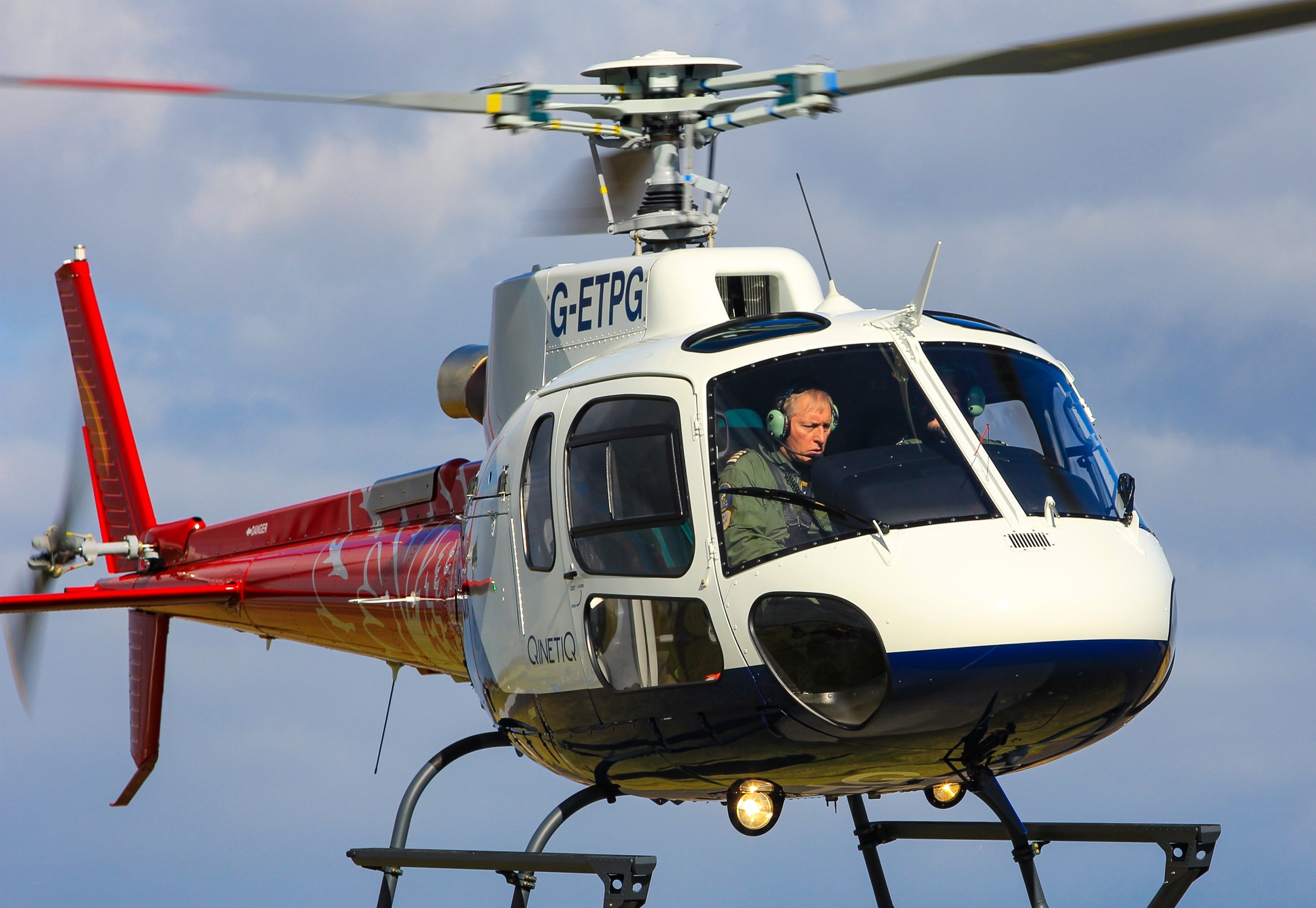 The helicopter has entered directly into service under the newly established QinetiQ Civil Flying Organisation (QCFO), which for the first time enables QinetiQ to operate civil registered aircraft independently of other organisations.

The H125 joins the new Grob 120TP fixed-wing aircraft, which has been flying from MOD Boscombe Down under the QCFO since November 2017.

Nick Lay, Operations Director, said: “We are making great strides in our strategy to set a new benchmark for Test Aircrew Training capability worldwide. The QCFO will complement the new aircraft by enabling us to use them to the greatest possible effect, as well as making ETPS courses available to customers who have never previously had access.”

In January the school’s new Pilatus PC-21 also entered service, flying from the Pilatus factory in Stans, Switzerland. It will complete the new ETPS fleet when it arrives at MOD Boscombe Down later this year.

Over the coming months, ETPS instructors will conduct a programme of flights using all the new aircraft, in the UK and Switzerland, to build their experience and develop exercises for the 2019 course and beyond.

These recent developments coincide with the retirement of the school’s two operational Alpha Jets; mainstays of the Fixed Wing course since they were acquired from the German Air Force in 1999.

Nick Lay added: “For those who flew the Alpha Jets, as well as many more who managed, maintained, repaired, modified and supported them over the last 18 years, this is a bittersweet moment. However, it is not the end for the aircraft, as we will seek new owners over the next few months and there is every chance they will fly again. It’s the end of an era, but equally the start of a new and very exciting one for ETPS and its customers.”