A team of experts from QinetiQ and Inzpire has concluded the delivery of a Platform Enabled Training Capability (PETC) concept demonstration to the Royal Navy. 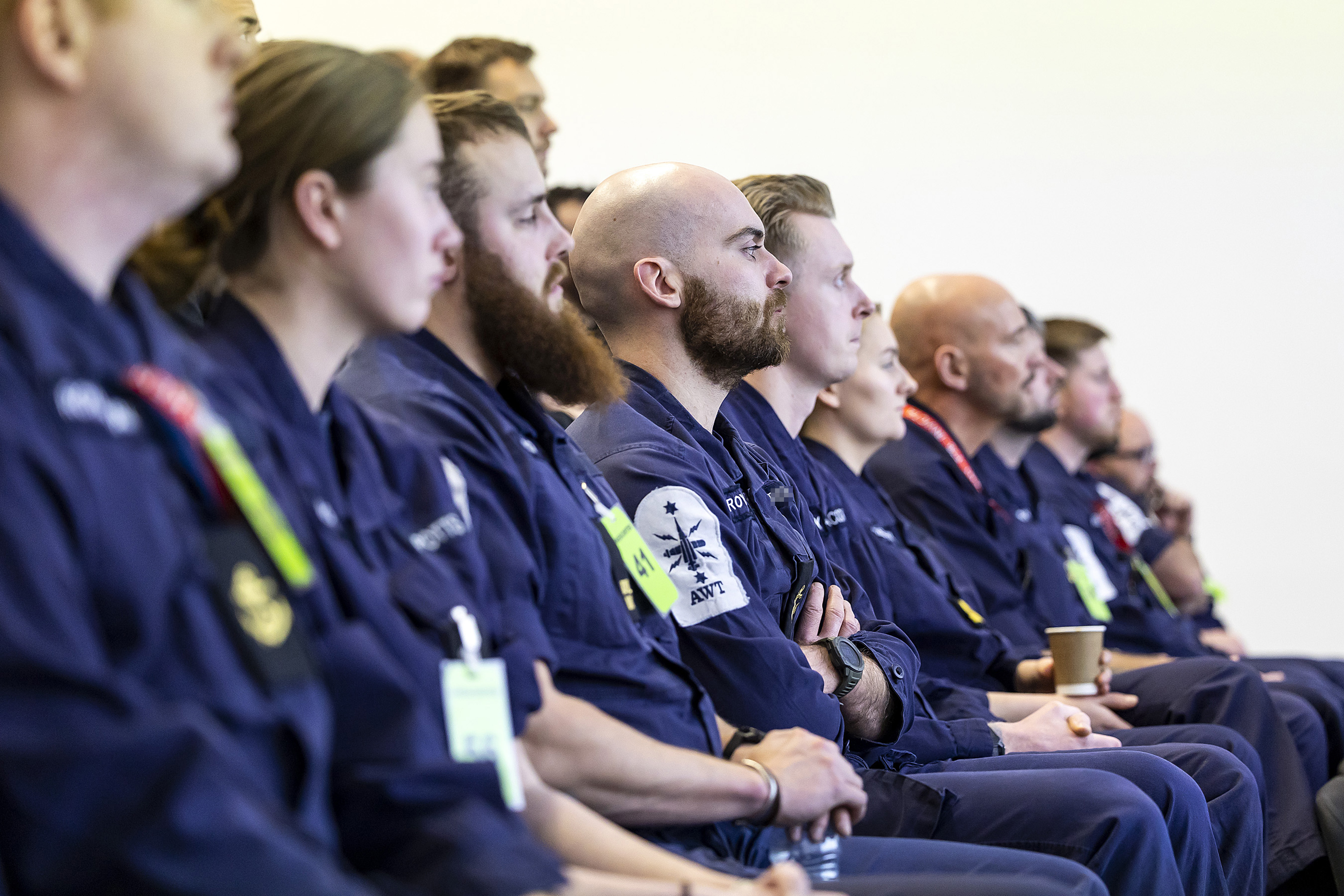 Using secure communications links from Portsdown Technology Park, QinetiQ generated a synthetic training environment that, through their advanced sensor emulators, was fed directly into the ship’s combat system. The exercise was then coordinated and directed by experts from Inzpire’s Maritime and Collective Training divisions, to generate an operational scenario which the ship’s team could interact with using their own on-board systems.

To ensure the training met the Navy’s requirements, the team worked in conjunction with members of the Fleet Operational Sea Training organisation, to ensure the ship’s team were immersed in a realistic training mission in a representative environment, with accurate geography and relevant threats.

QinetiQ and Inzpire established an Exercise Control facility that included a dynamically controlled synthetic training environment, threat modelling and secure communications for voice, satellite and tactical datalinks, leveraging extensive infrastructure and capability already present at Portsdown Technology Park. A suite of sensor emulations interfaced with the ship’s combat system to safely present the complex, immersive and interactive training scenario to the audience in their own operating environment.

Inzpire personnel designed the exercise scenarios that included asymmetric threats, escorting of high value units, as well as more complex surface and air warfare situations; the preparation phase included research into real-world threats and geographic considerations to ensure the training was as realistic as possible. Inzpire also provided operational staff during the training delivery phase and data from the event was captured for replay, objective analysis and after-action review - a crucial component to any training event. 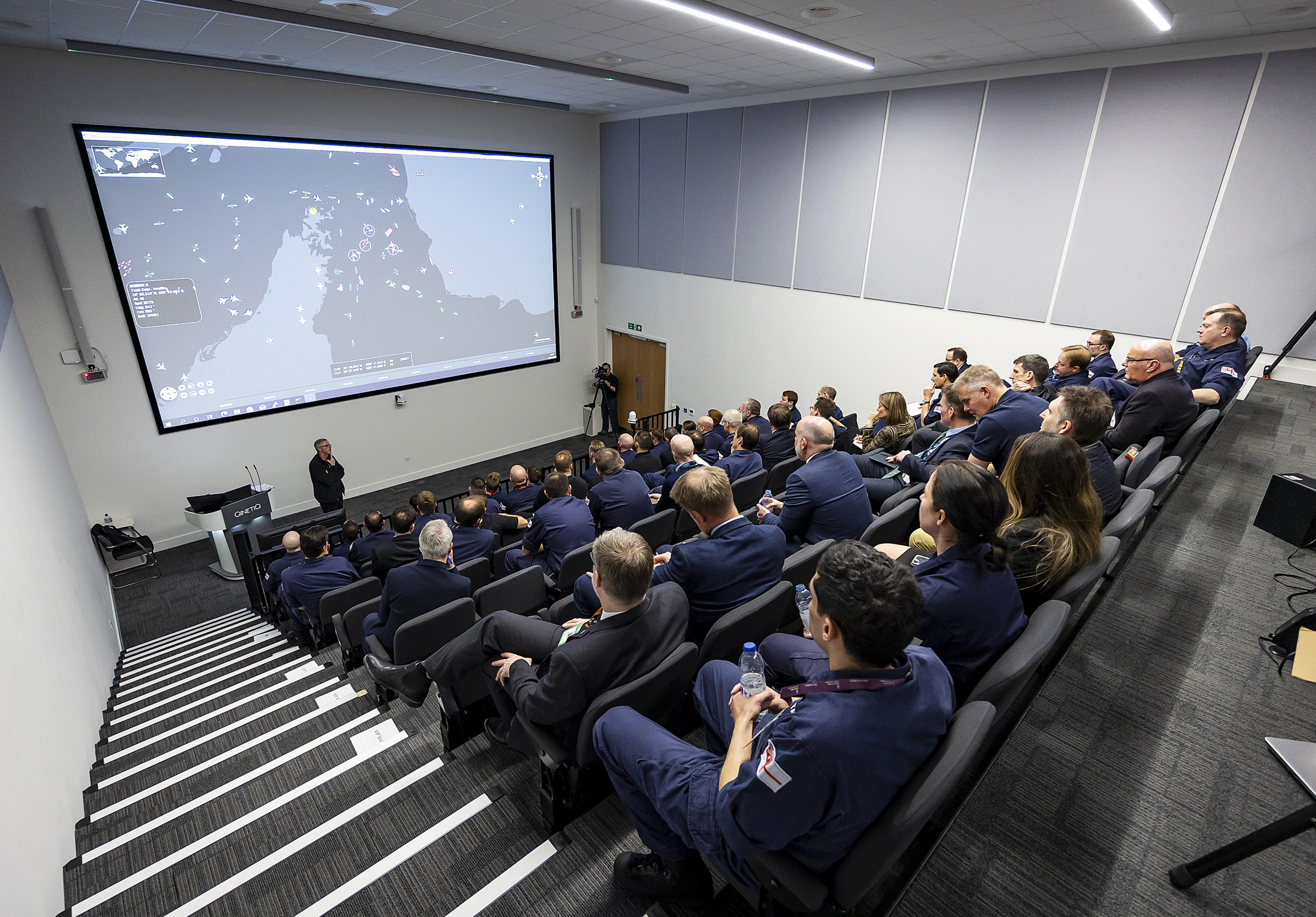 Christina Balis, Global Campaign Director, Training and Mission Rehearsal at QinetiQ, said: “This demonstration marks a critical achievement towards the Navy’s future synthetic training capability and showcased the power of collaboration between the Royal Navy, QinetiQ and Inzpire in ensuring successful delivery.”

Nick Borbone, Head of Maritime Division at Inzpire, said: “Use of synthetics is ever more critical to training efficiency and operational effectiveness. This demonstration is an important step on the path to delivering realistic training to ships and task groups wherever and whenever they need it.”

The Navy’s Head of Future Training, Captain Dan Vincent, said: “This demonstration represents an important milestone for the future of naval collective training and the Defence Operational Training Capability (Maritime). It shows the technology is feasible and emphasises the importance of synthetics in getting the right training capability directly to front-line warships.”

PETC is part of the wider Defence Operational Training Capability (Maritime) (DOTC(M)) programme which will enable ships crews to train together from their own operations rooms. Find out more about PETC here.

Founded in 2005, and part of QinetiQ Plc, Inzpire is a multi-award-winning supplier of advanced defence training, technical services and cutting-edge mission systems. The company is a trusted partner of the UK MOD and employs highly experienced former military personnel who work alongside defence engineers and business professionals to deliver operationally credible solutions to military, private and public sector customers.

Inzpire’s maritime experts work seamlessly alongside the company’s Collective Training Division and have designed and delivered over 300 live and synthetic exercises and provided operationally realistic training to over 10,000 frontline personnel. Together, the teams have worked with the Royal Navy to support JTEPS Joint Warrior events, Fleet Operational Sea Training for Type 45 destroyer mission rehearsal and pre–deployment training for the UK Carrier Strike Group.