Enacting Prototype Warfare: Information - the heart of the RAS ecosystem 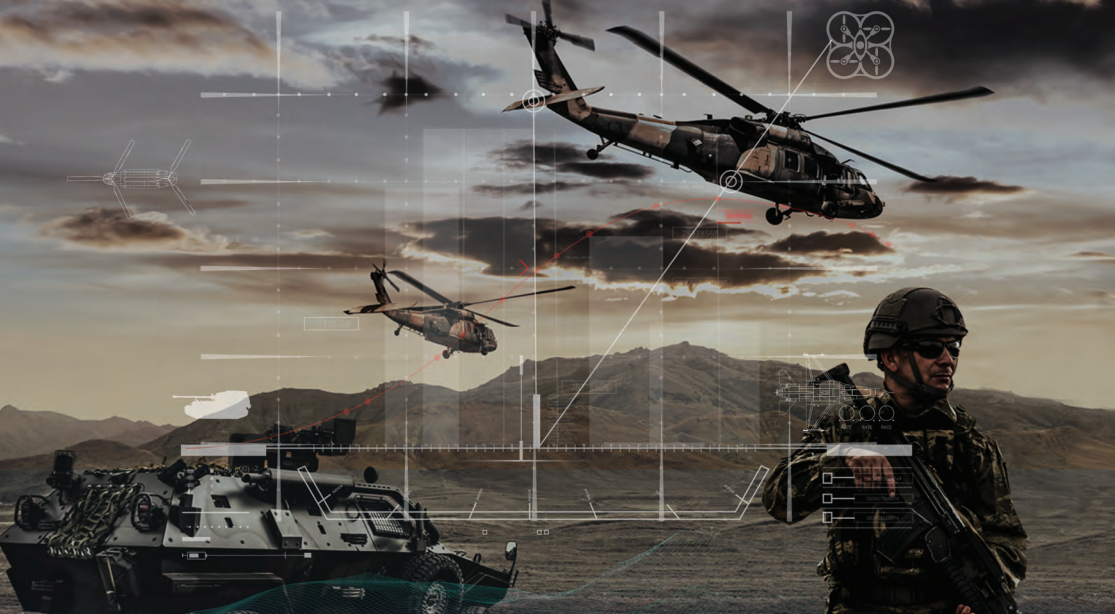 In our previous blog, ‘Information – the heart of the RAS ecosystem’, we considered the informational backbone of RAS capability. Having looked at the technology, in this article we’ll explore how such technology can be actively operationalised.

The impact of RAS for the Human

Any decision regarding the use of RAS should focus on how the technology can benefit humans in the most meaningful way. One of the more urgent tasks is to determine the roles best suited to humans, and those best suited to robots. How are those roles to be assigned?

The role of the human in the RAS-equipped battlespace will be subject to significant change. The psychological effects of this should not be underestimated.

Understanding the behaviour of humans in their interactions with robots is critical. There is a psychological aspect to consider. Human teams are bonded through reliance, respect and camaraderie. Can the same be said for robots?

The introduction of RAS will place other demands upon human skills. Maintenance and repair requirements will heighten. Mechanical maintenance skills already exist within the armed forces, but RAS brings a new demand for software developers, data scientists, and other expertise not currently prevalent in the military.

Operators will require the skills to operate multiple platform types, as assigning specialist operators to specific platforms limits operational flexibility. This skills gap will not be addressed overnight, it will take years.

From augmentation to teaming

The transition of RAS platforms from tools to teammates will be incremental, evolving through three distinct horizons: ‘human-controlled’, ‘human-supervised’ and ‘human-instructed’.

While much of the RAS conversation is focused on technology, the way in which Land forces organise around that technology is fundamental to success. Few other technological developments have required such seismic shifts in organisational design.

In the early days of deployment, autonomous systems are likely to be introduced as enhancements to the existing force structure. This may be at a platform level, using robotic wingmen, or at a subsystem level, with the automation of certain onboard functions in manned vehicles.

Organisational design will be evolutionary and must remain under continual review, responding to factors such as technological advancements and changes in user trust.

Interoperability is the extent to which different platforms, people and systems are able to cooperate to fulfil a common mission. There are three recognised levels: ‘deconflicted', ‘compatible’ and ‘integrated'.

As interoperability of RAS technologies increases, so does their combined strength. If no consideration at all is given to interoperability, systems may clash; not just negating advantage, but creating disadvantage.

The most obvious barrier to interoperability is technical incompatibility between systems. To function as a unit, each platform must at the very least interact with shared interfaces (such as command and control centres) but ideally with other platforms too. They must use the compatible communications protocols, messaging formats, programming languages and software development standards.

If the technical challenge is about what RAS technology we want to use, the doctrinal challenge is about how we want to use it. How will capabilities and responsibilities be divided up between nations? These decisions must be made early and cooperatively, and it is vital that they are subsequently stress-tested in collaborative exercises to expose unforeseen weaknesses.

The final challenge for interoperability is the operation of RAS technologies across different cultures. Human variables, such as belief systems, are harder to change than technologies and doctrines – and so the latter must be designed with the former in mind.

The widespread introduction of RAS into the battlespace is just beginning. Interoperability is the founding principle on which to base any RAS strategy, and there is a shrinking window in which to build in interoperability from the outset.

We’ve identified three recommendations for getting it right first time:

1. RAS technology must be international by design. From the very beginning it must be conceived and built using the appropriate common standards and protocols, based on a mutual understanding of allies’ doctrines and cultures.

2. Nations must state their proposed levels of interoperability. To what extent are they willing to share technology, tactics and intellectual property in order to benefit from interoperability?

It is also important to note that as interoperability increases, security and assurance can be eroded if steps aren’t taken early.

How do you deliver?

In our next and final article of our EPW series, we will examine how RAS can be moved from concept to capability.

Robotics and Autonomous Systems: How do you operationalise?

Get your copy of our Enacting Prototype Warfare report today